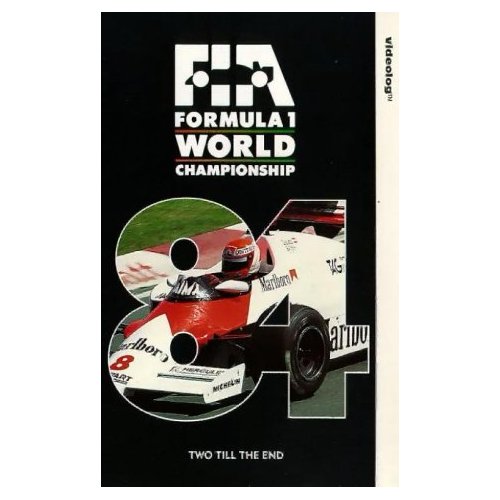 Although McLaren were dominant, 1984 was a close season – the closest ever, in fact, with Niki Lauda sneaking the title from team-mate Alain Prost by just half a point.

The video review provides a good dose of retro turbo action (though there were some unexciting races) and some very interesting historical events.

The legendary wet Monaco race when the race was stopped as a then-unknown Ayrton Senna hauled in Prost while Stefan Bellof reeled them both in.

The one-off race in Dallas saw the circuit disintegrate in the awesome heat, and Nigel Mansell melodramatically collapsed while pushing his Lotus across the line.

Clive James lends his usual dry sarcasm and informed commentary, which is a relief given that these earlier videos are very hit-and-miss in terms of commentary quality.

A few notable points are not given adequate mention though – Martin Brundle’s leg-breaking accident at Dallas being an important one, as many say this spoiled the momentum of his early career.

Though we learn of Tyrrell’s disqualification from the championship, we do not get an explanation why.

1984 wasn’t a vintage season, but there’s some good action and a down-to-the-wire title chase. Keep an eye out for it.

Best bit: “He looked for a nice, quiet place to park where the sporting spectators wouldn’t throw stones at him, but he couldn’t find one, and they did.” James on McLaren driver Prost’s retirement at Ferrari-mad Monza.