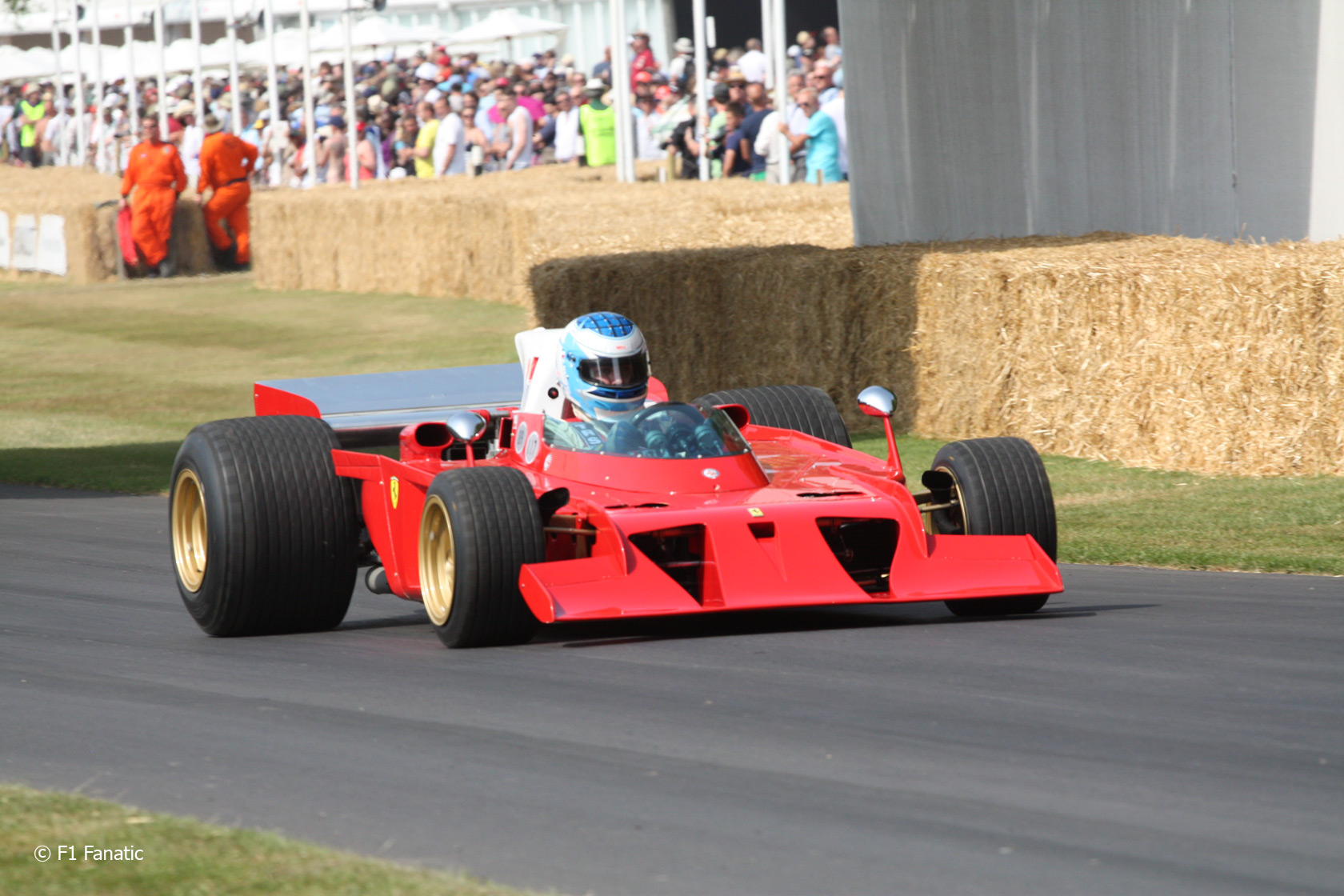 You don’t ordinarily think of Ferraris as being unattractive but this beast was certainly hit with the ugly stick.

The 312B3, called the ‘Spazzaneve’ (‘snowplough’) for its distinctive front end, made an appearance in last week’s Monaco Historic Grand Prix (see the gallery here) but I thought such an unusual machine deserves an article of its own.

The troubled tale of its the car that was canned, reworked and finally raced is a reminder of what a total shambles the Scuderia could be before it became the crack squad it is today.

Jacky Ickx triumphed the 1972 German Grand Prix at the Nurburgring Nordschleife and team mate Clay Regazzoni followed him home for a Ferrari one-two the likes of which we are quite used to seeing today.

But the following year Ferrari never made it on the top of the rostrum as a fierce political row broke out over the winter concerning the new 312B3 chassis.

Designer Mauro Forghieri conceived a wholly unusual and decidedly unattractive machine. And early tests did little to persuade the team that it had speed.

Ferrari at the time was often rent by internal political squabbles and Forghieri fell victim to just such an affair, the designer finding himself shunted off the F1 team at the start of 1973.

With that the team reverted to the 312B2 cars last used in 1971 for the first three races of 1973. It proved slow but reliable, Ickx and Arturo Merzario taking advantage of retirements in front of them to pick up points.

A revised version of the 312B3, without the distinctive front nose, finally raced at Montjuic Parc for the Spanish Grand Prix. The first three monocoques were manufactured in Northamptonshire because of industrial disputes in Italy.

But the 312B3 fared little better than the car it replaced over the following races and Enzo Ferrari didn’t even bother sending his red cars to the Dutch and German Grands Prix.

The lack of results from Ferrari pressed Fiat, who had bought the company four years earlier, into making changes, starting with demanding the return of Forghieri.

He set about revising the B3 and when the team arrived at Buenos Aires for the first race of 1974 it was a changed outfit. With Niki Lauda and Clay Regazzoni at the wheel of the new 312B3s, outwardly very different to the original ‘Spazzaneve’ but internally very similar, they finished two-three.

Lauda won the fourth race from pole position and ended the year fourth in the championship race. Twelve months later, he was champion.

It was a radical reversal in fortunes, one the team repeated in the 1990s when the Jean Todt-Ross Brawn-Michael Schumacher triumvirate reinvented the Scuderia. But the team’s renaissance in the 1970s began with the ‘Spazzaneve’, an ugly duckling of a car that was written off too hastily.