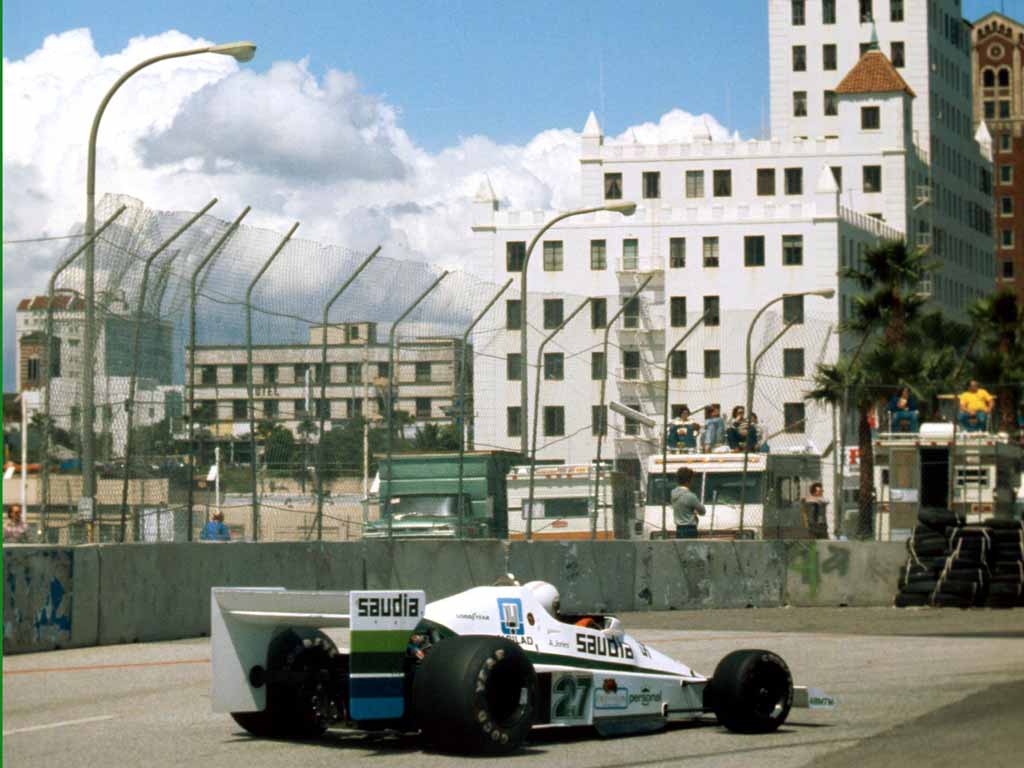 Link to this image full-size: https://affquantum.livewww.racefans.net/2008/06/15/usa-day-united-states-gp-pictures/alanjones_williams-cosworth_longbeach_1978/

Alan Jones set the fastest lap in the 1978 United States Grand Prix at Long Beach as he made progress through the field from eighth on the grid. But he retired after his fuel pump failed – the front wings on his car had also begun to give way.