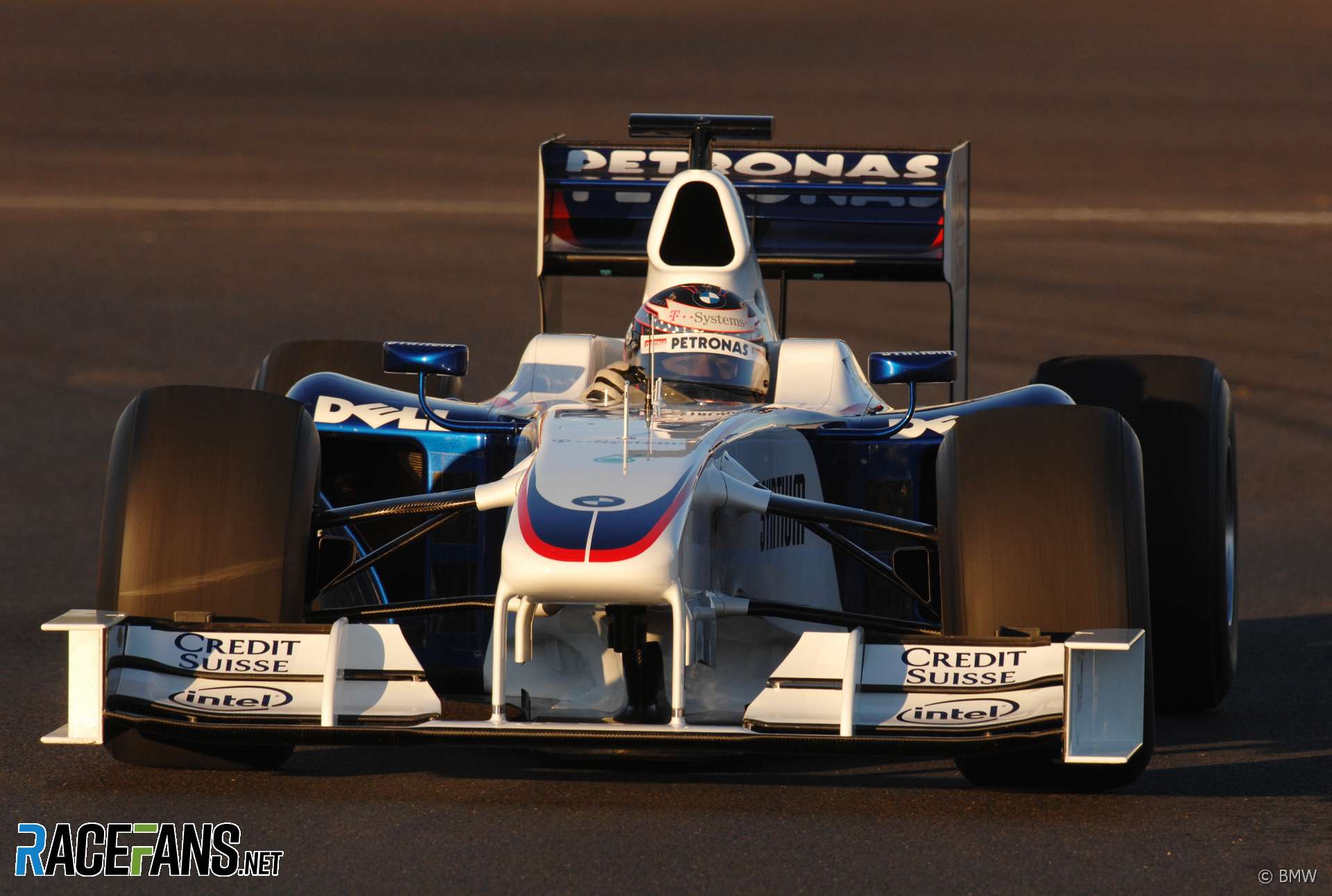 Perhaps the most significant aspect of the cost-cutting plan for F1 approved by the World Motor Sports Council today is the restrictions on development.

Not only are dramatic changes planned for 2009, but even tighter controls are envisioned for the future to keep costs down. Is it enough to prevent more teams leaving Formula 1?

From the first day of practice for the Australian Grand Prix on March 27th until the final round of the season at Abu Dhabi on November 1st, F1 cars will only be allowed to test at Grand Prix weekends.

This is bad news for the circuits that usually hold these tests, particularly Spanish tracks like Catalunya and Jerez, and the newly-built Algarve Motor Park in Portugal. But it will achieve an instant and dramatic reduction in operating costs for teams.

There will be little consequence for the average fan – in fact, it could turn out to have a beneficial effect. On several occasions this year we saw teams turn up at race weekends having tested at the same track only a week or so earlier. They therefore did little running on Fridays. Now Fridays will be a prime opportunity to test new parts, meaning more action for the fans at the track.

Other restrictions on development will hit the biggest-spending teams especially hard. From next year teams will be limited to using wind tunnels at a maximum size of 60% scale and a maximum wind speed of 50m/s. Further cutting operating costs, factories will be closed for six weeks per year.

It’s obvious how these moves will cut costs for the teams but the question here is how can these rules be enforced? Presumably the FIA will have to send inspectors to each team’s headquarters on a regular basis. That will have a cost attached to it as well, though surely not as much as running a full size wind tunnel for 24 hours a day.

At race meetings teams will have to make tyre and fuel information publicly available. This will render the need for ‘spotters’ who spy on what their rivals are doing unnecessary. Hopefully the public will also get told, and the final session of qualifying will actually make sense if we know how much fuel is in the cars when it starts.

How much will it save?

The FIA estimates these steps will cut team budgets by 30%. That’s some way short of the 80-90% reduction Mosley was aiming for, but it’s still going to be in the region of $120m (£80m) saved. Given that it cost Honda a reported $150m (£100m) to leave F1, it puts a significant dent in any perceived financial benefit to be had from leaving the sport.

However a lot of this saving is going to come from staff layoffs. Mosley suggested over the following years team sizes could fall to 200 (at present they are often over 700 and some are approaching 1,000). Even in an ideal scenario where the reduced costs eventually encourages more teams to join F1, it’s still going to leave a lot of talented people out of work.

The FIA statement referred to other areas of discussion for the future, including limits on Computational Fluid Dynamics research.

There will also be more consideration given to standardising car parts that are not ‘performance differentiators’. This could even extend to components such as transmissions.

And Mosley may yet relent over the controversial Kinetic Energy Recovery Systems. Although he has been adamant that teams must be free to develop KERS as it highlights F1’s contribution to improving environmentally-friendly car technologies, the possibility of teams using a standard KERS for 2010 remains.

When you walk down the pit lane, or you sit in a grandstand or watch on television, you will notice no difference at all. It will be Formula 1 as we know it, but clearly much less expensive.

But for many fans this will be a further step away from Formula 1 as they know it. To them these changes will mark another step by F1 away from the white heat of technological progress and towards being just another specification series. Sadly, in the present financial climate, that may be unavoidable.

In a sense, F1 is gambling part of its heritage in order to safeguard its future. If this concession to cutting costs does not keep the manufacturers in the sport it will be considered a failure. And the first test will be whether this gives the likes of David Richards an economic justification to pick up the remains of Honda’s F1 team and carry it into 2009.

26 comments on “The cost-cutting plans: development”