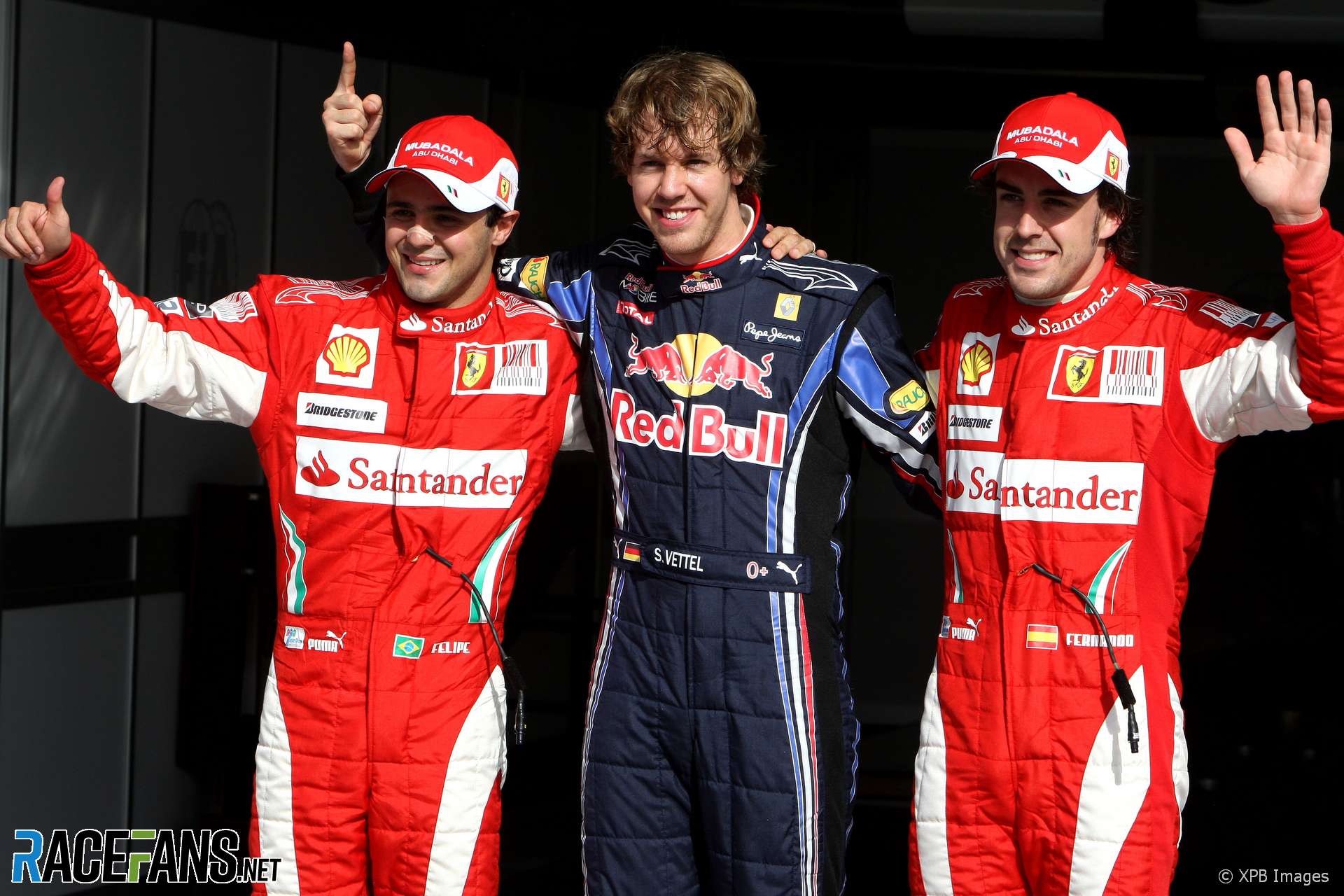 Sebastian Vettel will start the first race of the year from pole position after heading qualifying for Red Bull.

He needed just one run at the end of Q3 to displace the Ferrari duo at the front of the field.

But Michael Schumacher could only manage seventh on his return to F1.

It was no surprise to see all three of the new teams eliminated in Q1. But the battle for newbie honours was close, with Timo Glock edging Jarno Trulli by one tenth of a second.

After a mammoth struggle with hydraulic problems HRT F1 finally managed to get Karun Chandhok on the circuit for the first time. He did seven laps on his first run and although he was slowest he will be able to start tomorrow’s race. He shares the back row of the grid with team mate Bruno Senna.

Jaime Alguersuari had the distinction of being the only one of the established runners to be knocked out.

Vettel showed his hand in Q3, setting the quickest time which was also half a second better than team mate Mark Webber managed.

Felipe Massa and Fernando Alonso traded fastest times early on. But things were not going so well at McLaren.

Both their drivers had to make a second attempt to ensure they made the cut and Jenson Button scraped into tenth place by less than two tenths of a second.

The Williams pair were also eliminated though Rubens Barrichello finally showed his hand and beat Nico Hulkenberg by half a second.

Vitantonio Liuzzi also failed to make the cut – he was around seven tenths slower than Adrian Sutil who did reach the top ten.

While Robert Kubica made it through to Q3 team mate Vitaly Petrov was 1.7 seconds slower and last in Q2.

With the top ten qualifiers having to start the race on the same tyres they qualified teams tried different strategies in Q3.

Ferrari and McLaren both sent their drivers out for early laps followed by a tyre change and a final run. The other simply bided their time until the last possible moment.

While Alonso and Massa headed the times a mistake by Lewis Hamilton left him with a slow lap. Button didn’t get a flying lap in on his first run and returned to the pits after just an out- and in-lap.

Vettel headed the queue of runners making their final runs and his RB6’s pace through the middle sector proved decisive. That extra tenth of a second accounted for most of his advantage over second-placed Massa.

Hamilton’s run lifted him to fourth ahead of Nico Rosberg in the Mercedes.

Once again Michael Schumacher was a crucial couple of tenths slower than his team mate, leaving him seventh ahead of Button.

Vettel hailed the car’s performance as a “big surprise” after their problematic practice session yesterday. But do they have the race pace to match their qualifying performance? We’ll find out tomorrow.

223 comments on “Vettel holds back Ferrari charge for pole”