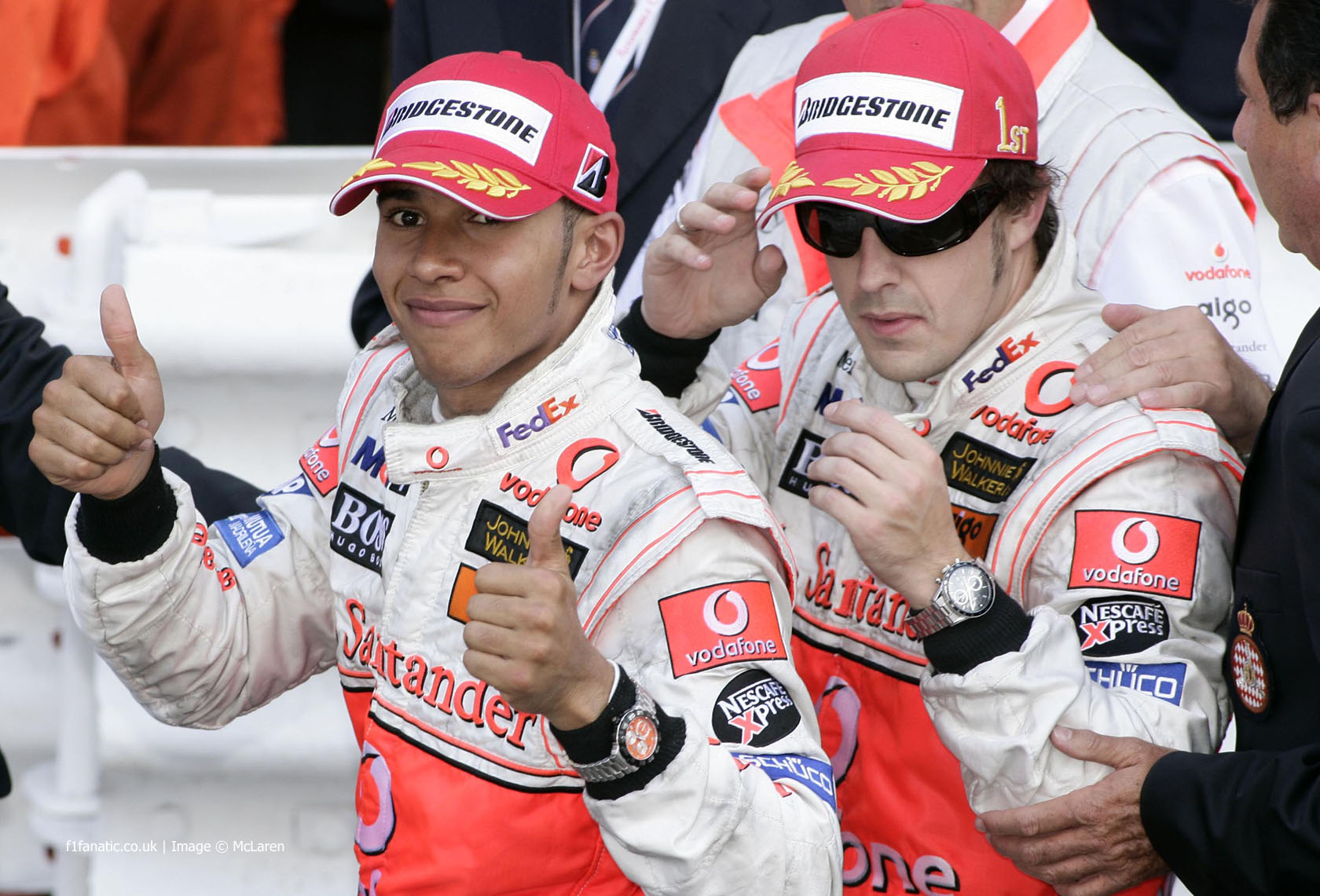 Ron Dennis has given his explanation for the the fierce rivalry that broke out between Fernando Alonso and Lewis Hamilton when the pair were team mates at McLaren three years ago.

Speaking with Bernie Ecclestone in an interview for F1.com Dennis said:

It was very simple – Alonso didn’t expect Hamilton to be that competitive in his first year.

He told me at the beginning that it was my decision to sign a rookie like Hamilton, but that it could cost me the constructors’ championship.

Fernando was calculating everything, but not that Lewis would challenge him. That affected him massively.
Ron Dennis

He added his relationship with the two drivers had been more “fatherly” compared to what had gone before with drivers like Ayrton Senna and Alain Prost:

When I started as a team owner I was younger than my driver, Graham Hill, so he showed me the ropes.

With Lauda, Senna and Prost I had a sort of comradely relationship – it was again age related.

With Hamilton and Alonso it was more of a fatherly tie. Prost and Senna were completely different in their backgrounds and character. They eyed each other suspiciously and didn’t trust each other. I let their track rivalry happen.
Ron Dennis

Dennis also denied it was difficult for him to give up control of his team last year after two decades in charge and described new team principal Martin Whitmarsh as “the perfect successor”.