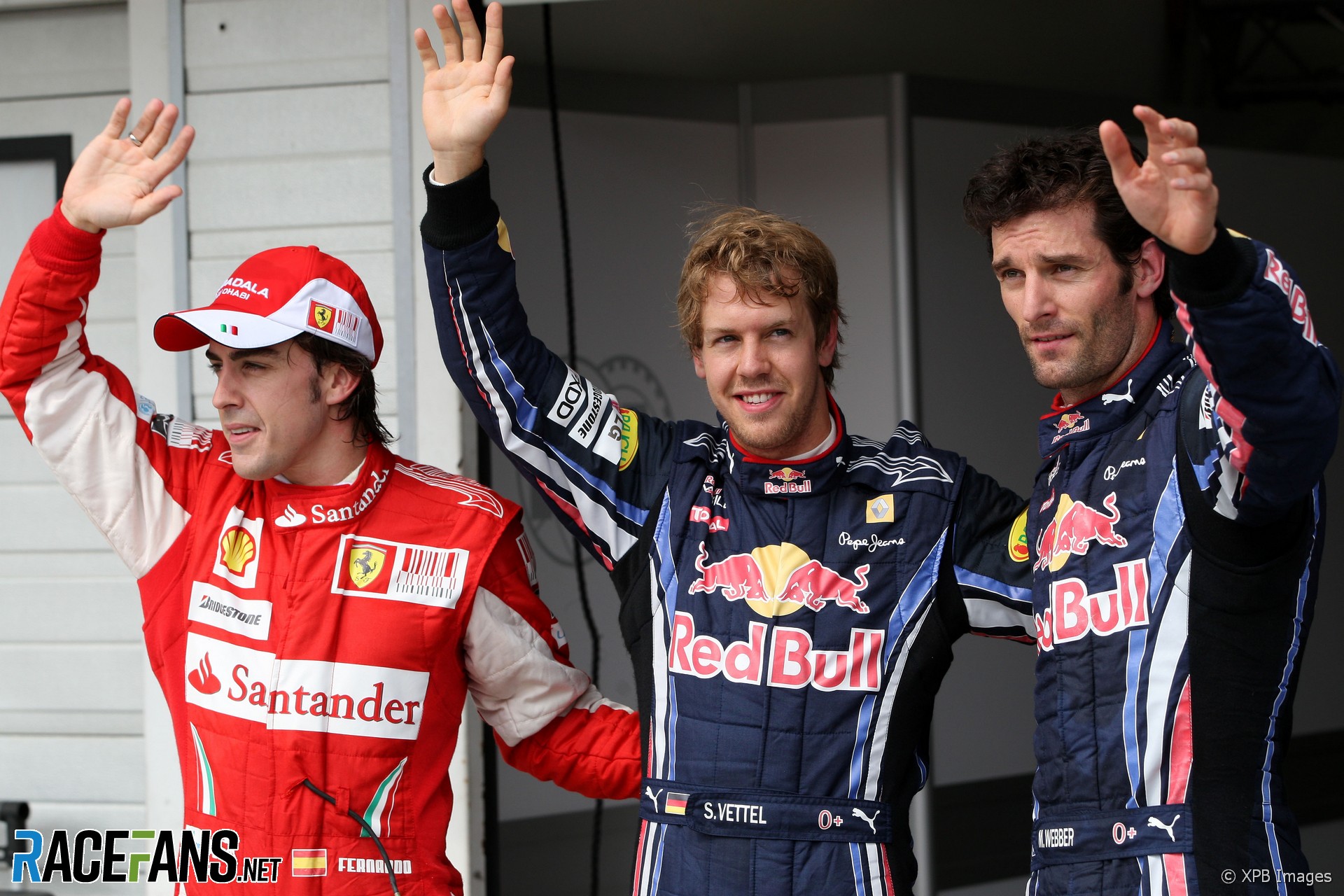 Sebastian Vettel will start from his fourth consecutive pole position of the year at the Hungaroring after Red Bull dominated today’s qualifying session.

He and Webber locked out the front row of the grid ahead of the two Ferraris – who were over a second slower than the RB6s.

The first 20-minute session showed how much some of the front-runners were struggling as McLaren and Mercedes had to do extra runs at the end of the session to ensure they progressed to Q2.

Michael Schumacher and Jenson Button made important improvements with their final efforts to spare them from the embarrassment of being knocked out in Q1.

Eventually Kamui Kobayashi fell into the critical 18th place, forcing him out of qualifying at the first hurdle along with the new teams. He was held up by Bruno Senna on his final lap.

The six new cars were headed by the Virgin of Timo Glock, who beat the two Lotuses by a tenth of a second.

Button was clearly concerned about whether he’d reach the top ten from the moment Q2 began. He went out on super-soft tyres while his team mate stuck with the medium compound.

Mercedes also doubted their ability to get through into Q3 and sent both their drivers out on the green-striped tyres.

When it came down to the final laps, Button struggled to improve on his second run on the super-soft tyres. At first it looked as though he’d been let off, as Rubens Barrichello failed to take advantage of his lack of pace.

But Nico Hulkenberg was able to beat Button’s time and relegated him to 11th place.

Only one of the Mercedes made it through and one again it wasn’t Michael Schumacher, who could only manage 14th, 0.8 seconds slower than Nico Rosberg.

Webber was the fastest of the two Red Bulls in the second part of qualifying, beating Vettel by four hundredths of a second having been the last of the pair to set his time.

It looked as though what time the Red Bulls took to the track in Q3 might decide pole position. But it didn’t work out that way.

There was never much chance that anything other than a Red Bull was going to be on the front row of the grid. Fernando Alonso’s 1’19.987 lap was probably the bet his F10 could manage and he was best of the rest – but over a second slower than the pole sitter.

The battle between the Red Bulls was a brief affair. Vettel beat Webber with a lap four tenths of a second quicker than his team mate.

Webber couldn’t improve with his last effort and that left Vettel on pole position for the seventh time this year.

Robert Kubica failed to capitalise on Renault’s performance and not only failed to beat Hamilton but was out-qualified by team mate Vitaly Petrov for the first time this year.

Red Bull have lost races from pole position already this year. But they’ve never had a performance advantage as great as this. Can anyone catch them tomorrow?