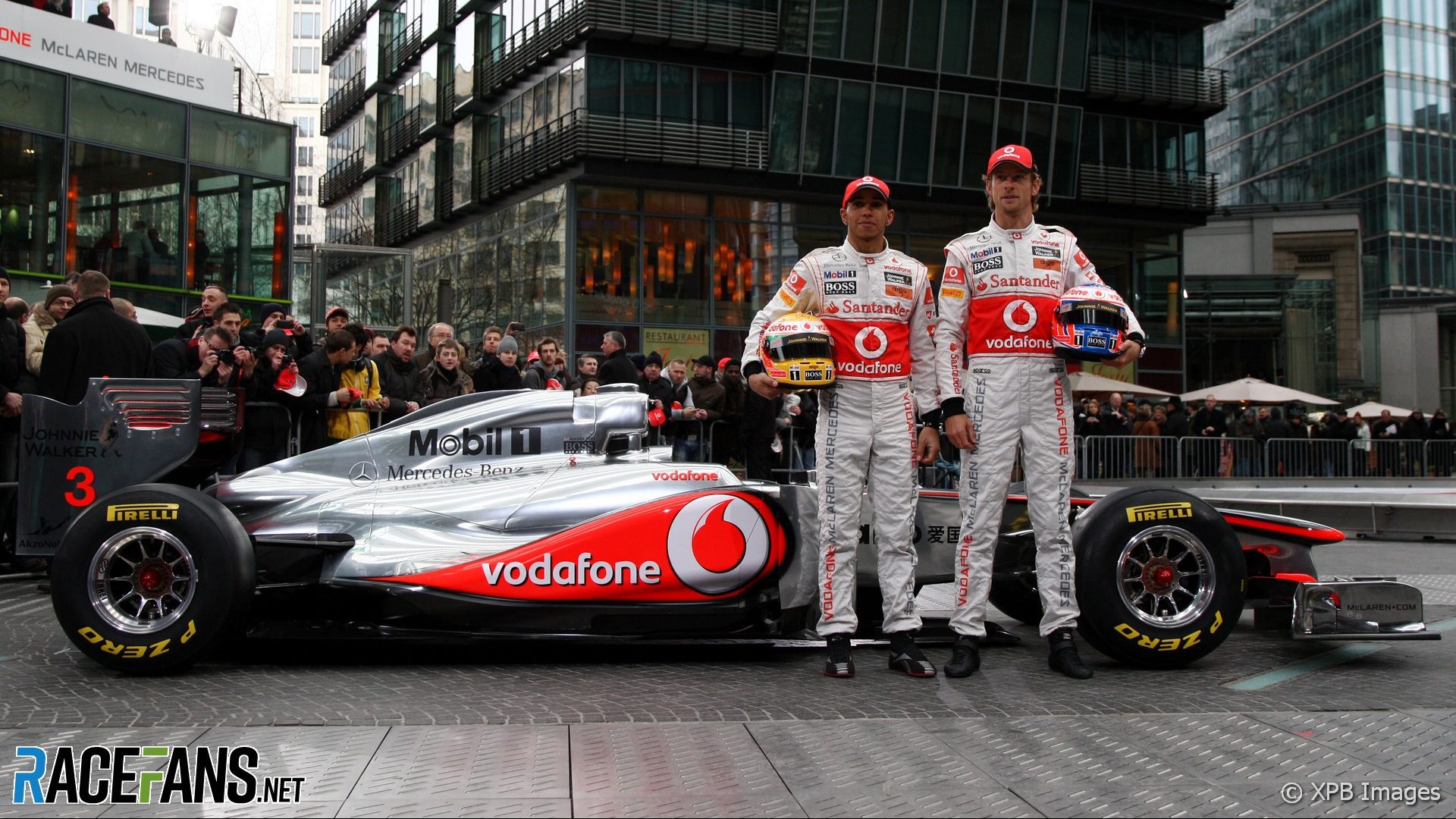 McLaren have launched their 2011 F1 car in Berlin. Here are the first pictures of the car.

McLaren staged an unusual launch in Berlin’s Potsdamer Platz. Competition winners brought different pieces of the car and they were assembled together in front of the public and press.

Team principal Martin Whitmarsh said: “I think today’s innovative launch demonstrates the enthusiasm within Vodafone McLaren Mercedes to engage the general public; to show them that our sport is intense and exciting and that we’re very keen to showcase Formula 1 to the wider world.”

As well as featuring KERS and an adjustable rear wing, as permitted by the 2011 rules, the MP4-26 sports an unusual U-shaped sidepod arrangement. McLaren say the layout is to direct air to the rear of the car more efficiently.

McLaren will conduct a shakedown test with the car at the Idiada Proving Ground in Spain on Tuesday, before arriving at Jerez for the second F1 test two days later.

You can also view the McLaren MP4-26 in 3D on the team’s website.