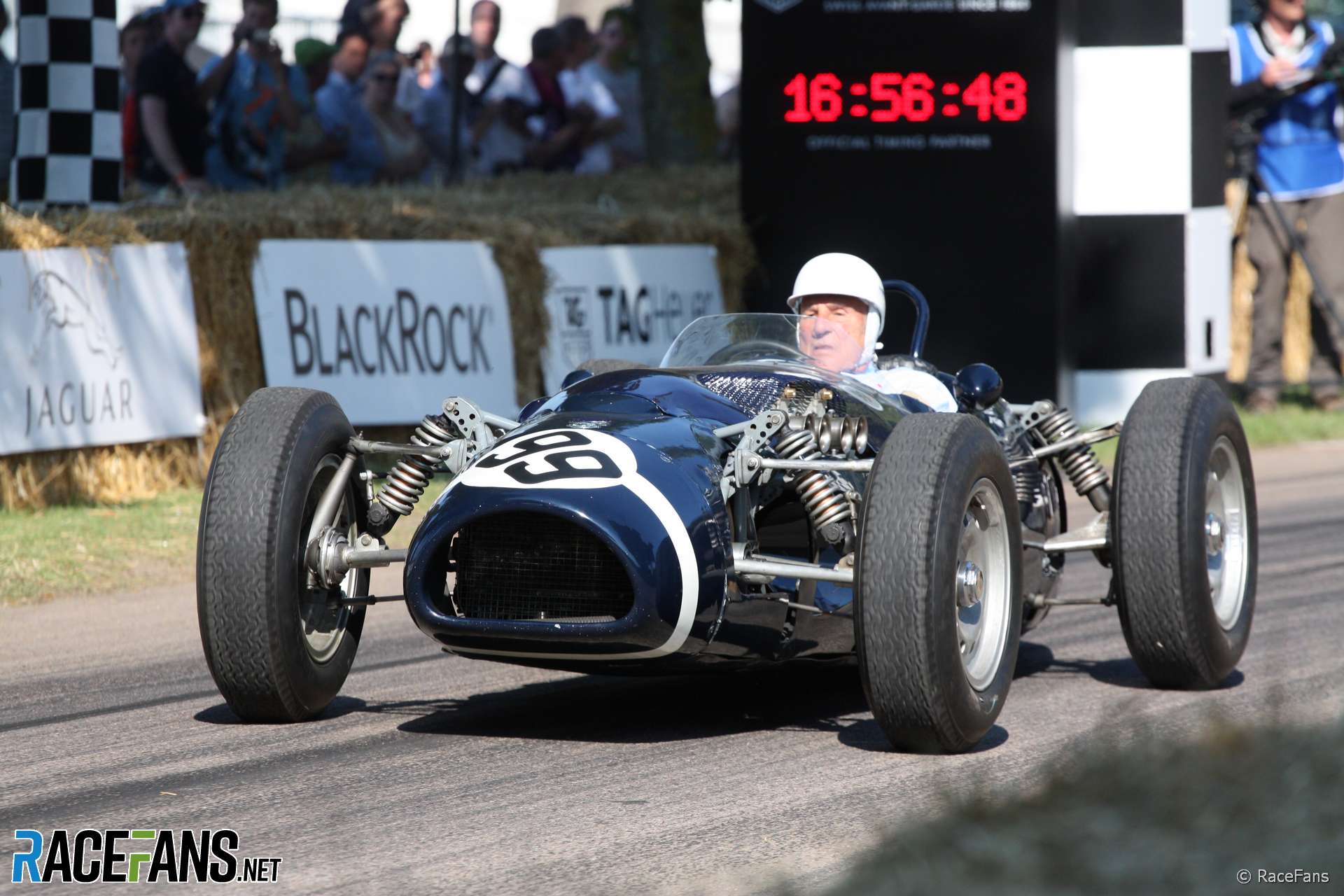 The only victory scored by a four-wheel-drive car in a Formula 1 race came 50 years ago at Oulton Park.

From the fields to F1

Best known in Britain for designing tractors, Ferguson wanted to transfer the safety benefits he saw in four-wheel-drive to road cars. He seized on motor racing as the way to promote the technology.

Four-wheel-drive aside, the P99 was a conventional car – even a slightly backward-looking one, as it bucked the trend for rear-engined cars begun in the late fifties with a front-mounted unit. This was intended to spread the weight evenly between the front and rear of the car.

It was originally built to accommodate a 2.5-litre engine, but in F1 guise it used a 1.5-litre Climax four-cylinder unit.

There were obvious shortcomings to the design – the more complicated transmission of the four-wheel-drive system sapped the power of the engine.

At that year’s British Grand Prix at Aintree, Moss started the rain-hit race in a Lotus but pulled into the pits with a brake problem.

Shortly afterwards he took over the Ferguson which up to that point had been driven by Jack Fairman. Moss was later disqualified as Fairman had received a push-start in the pits earlier on, but not before he began to appreciate the car’s qualities in poor conditions.

Two months later Moss was at the wheel of the car again – this time from the start of a race – at the Oulton Park Cup.

Ferrari were absent having won the championship in dire circumstances at Monza two weeks earlier. One of their drivers, Wolfgang von Trips, was killed along with 14 spectators, leaving his team mate Phil Hill to win the title. Porsche were also not present.

A damp circuit offered the best condition for the P99 to show its potential. But Moss suffered a poor getaway when the race began.

Starting from second on the grid, Moss couldn’t engage first gear and had to pull away in second, falling to eighth place. Clark led, but Moss was rapidly making up places.

On lap six Moss was through into the lead. And 54 laps later the Ferguson P99 came home first, with Brabham’s Cooper 46 seconds adrift, Clark having retired.

But sadly the man who conceived the project did not see its greatest success: Harry Ferguson had died a few months earlier.

Stirling Moss and the Ferguson P99

Moss was fascinated by the car’s unusual handling properties: “If I backed off the Ferguson did not instantly tighten into the corner. Instead it would simply decelerate.

“I therefore realised that one had consciously to steer this car, not merely using the steering to set it up before the corner as one would with conventional rear-wheel-drive to present the car in a certain attitude upon a certain line.”

Moss was keen to continue racing the car but his efforts were curtailed by his crash at Goodwood in 1962. Moss has been reacquainted with the car several times since its 2004 restoration, driving it at the Goodwood Revival and Shelsey Walsh hillclimb.

Last year he did a demonstration run in the car at Oulton Park during the Gold Cup weekend, which is now a meeting for historic racers.

There were other attempts to use four-wheel-drive in Formula 1, before the technology was banned in the early eighties:

Ferguson P99 at the Goodwood Festival of Speed

10 comments on “Ferguson P99: The only four-wheel-drive F1 winner”