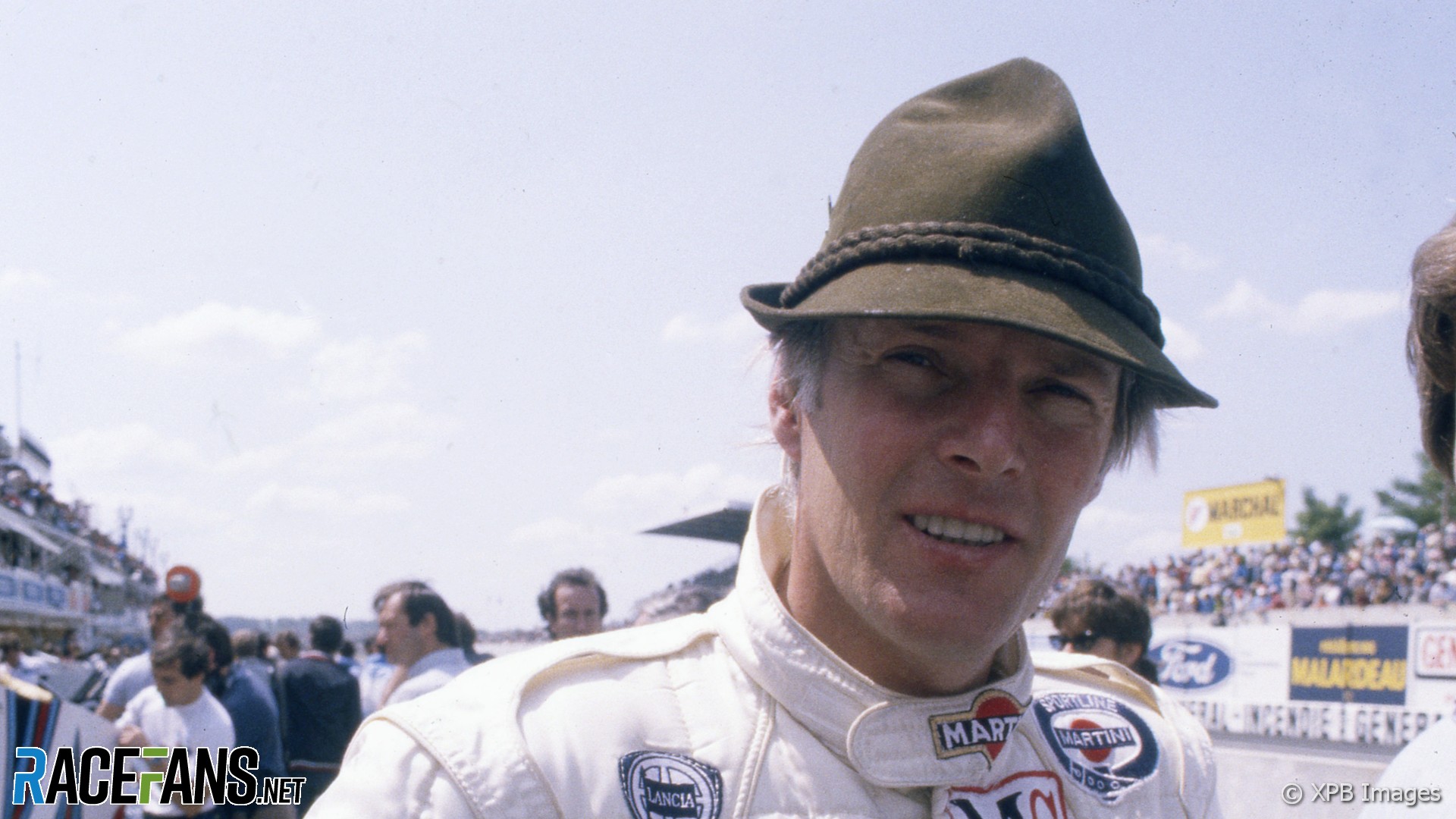 I’ve had many emails complaining about Red Bull’s team orders at Silverstone.

There’s nothing I can do about that. But hopefully I can answer some of your other questions.

Let’s start off with a history question from Ponas:

I know that there was one German who started an F1 race illegally, but sadly that’s pretty much all the information I know about him.
Ponas Myznius

It’s fair to say that if HRT had ignored their failure to qualify in Melbourne this year and simply sent their cars onto the track, they’d have been handed a massive fine and probably thrown out of the sport.

But it didn’t deter Hans Heyer when he missed the cut for the 1977 German Grand Prix by four-tenths of a second.

The Hockenheimring had just taken over the from the Nurburgring as the home of the German Grand Prix. At the start, a problem with the lights caused widespread confusion. As the race finally got underway, no-one spotted Heyer’s Penske making its way out of the pits.

He completed nine laps before the gear linkage broke on the PC4 and he stopped. This was his only appearance at an F1 race weekend. Whether it should be counted as an official start is another matter entirely.

His sole F1 race weekend appearance was captured for posterity by a camera car:

I’d never considered this question from Arnols before:

Why are the onboard graphics (speed) in KPH and not MPH in F1?
Arnols Ansell

The teams have been working in metric measurements for some time – going back to the eighties and even earlier, the use of metric was widespread among most teams.

That is the case even here in Britain where, although metric measurements have been taught in schools for decades, imperial measurements are still widely used including on car speedometers and distance signs on roads.

But given that the teams work in metric, and Formula One Management’s graphics are used around the world, it makes sense for the onboard graphics to be in metric rather than imperial.

Another unusual question from Amira:

If you please, what is the dress code for the Grand Prix event?
Amira

It depends where you’re watching from. If you’re lucky enough to be in the Paddock Club the dress code is ‘smart casual’.

At the other end of the spectrum if you’re in the stands you can wear pretty much whatever you want. At Silverstone the choice of top runs the gamut from modern team wear to faded Nigel Mansell Williams T-shirts to nothing.

Thomas hit trouble while trying to contribute to F1 Fanatic.

I’m from the US and I was wondering if could support F1 Fanatic using Amazon.com in the states. I click the link but it takes me to Amazon.co.uk and I’m just not sure how to do it.

If I can’t then no big deal, I’ll just have to set up a Paypal account and donate sometime. Thanks!
Thomas

F1 Fanatic users can support the site by shopping through the UK Amazon site:

At the moment, I’ve not got a similar option set up for America or other countries, but I will look into it for the future.

In the meantime if you wish to make a donation you can do that very easily through PayPal.

As ever, sincere thanks to anyone who has helped contribute towards running the site. It’s sincerely appreciated.

Another question on the site from Lallan:

A very bad question to ask, but have you ever thought of selling off F1 Fanatic?
Lallan Yadav

Definitely not – what on earth would I do with my time if I did?

Lastly, it was great to receive this email from last year’s Predictions Championship grand prize winner. He won two tickets to the British Grand Prix at Silverstone last week:

What a fantastic weekend! Great race and an absolutely superb view.

Particularly enjoyed Hamilton and Massa at the last corner, and also the classic comedy moment of Alonso chasing after the drivers’ parade truck – he got the last laugh though!

My son was enthralled by the whole experience – he’s been to BTCC at Knockhill with me before and loved it, but this was something else! He’ll be an F1 Fanatic for life after this.

Once again, thanks for everything!

If you want to emulate Jim and win a pair of tickets to next year’s race, add your entry here:

Got a question for F1 Fanatic? Send it in via the contact form. Please include your real name.

111 comments on “The driver who started an F1 race illegally”