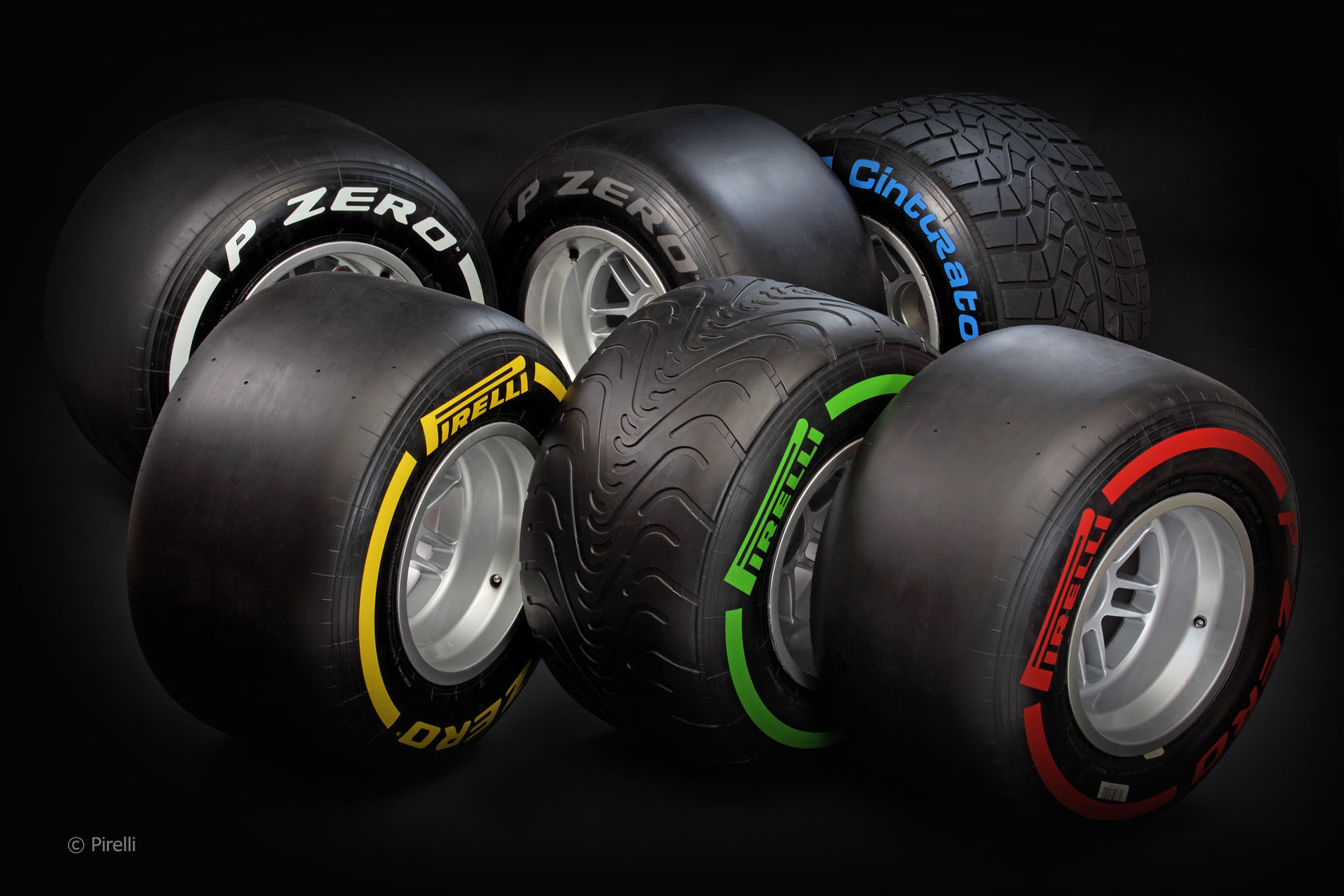 Pirelli will supply softer tyres in 2012 in a bid to further improve the standard of racing in Formula 1.

The tyre manufacturer revealed its 2012 F1 tyre range on Wednesday, including new soft, medium and hard tyre compounds. The super-soft compound remains unchanged, but all four dry-weather tyres will have a different construction in 2012 with a squarer profile.

The dry-weather tyres will retain their 2011 colouring: red for super-soft, yellow for soft, white for medium and silver for hard.

According to Pirelli the banning of exhaust-blown diffusers has influenced their choice of tyres for 2012: “This new measure, which should result in a reduction of aerodynamic downforce acting on each tyre, requires a wider and more even contact patch.

“This objective has been met by having a less rounded shoulder on each tyre and using softer compounds, which produce better grip and more extreme performance.”

Pirelli added they intend to reduce the performance gap between the compounds from the 1.2-1.8 seconds seen last year to 0.6-0.8 seconds.

The new tyres will make their first appearance at the start of F1 testing at Jerez on February 7th.

Pirelli president and CEO Marco Tronchetti Provera said: “After the positive experience of last year, the teams asked us to continue providing tyres with the characteristics that contributed to spectacular races in 2011.

“And this is what we have done, optimising the compounds and profiles in order to guarantee even better and more stable performance, combined with the deliberate degradation that characterised the P Zero range from 2011.

“We?óÔéĽÔäóre expecting unpredictable races, with a wide range of strategies and a number of pit stops: all factors that both competitors and spectators greatly enjoyed last year. The development work on the new compounds took place throughout the 2011 season, thanks to the impressive learning curve and reaction times from our engineers, who are ready to continue those evolutions during the season ahead.”