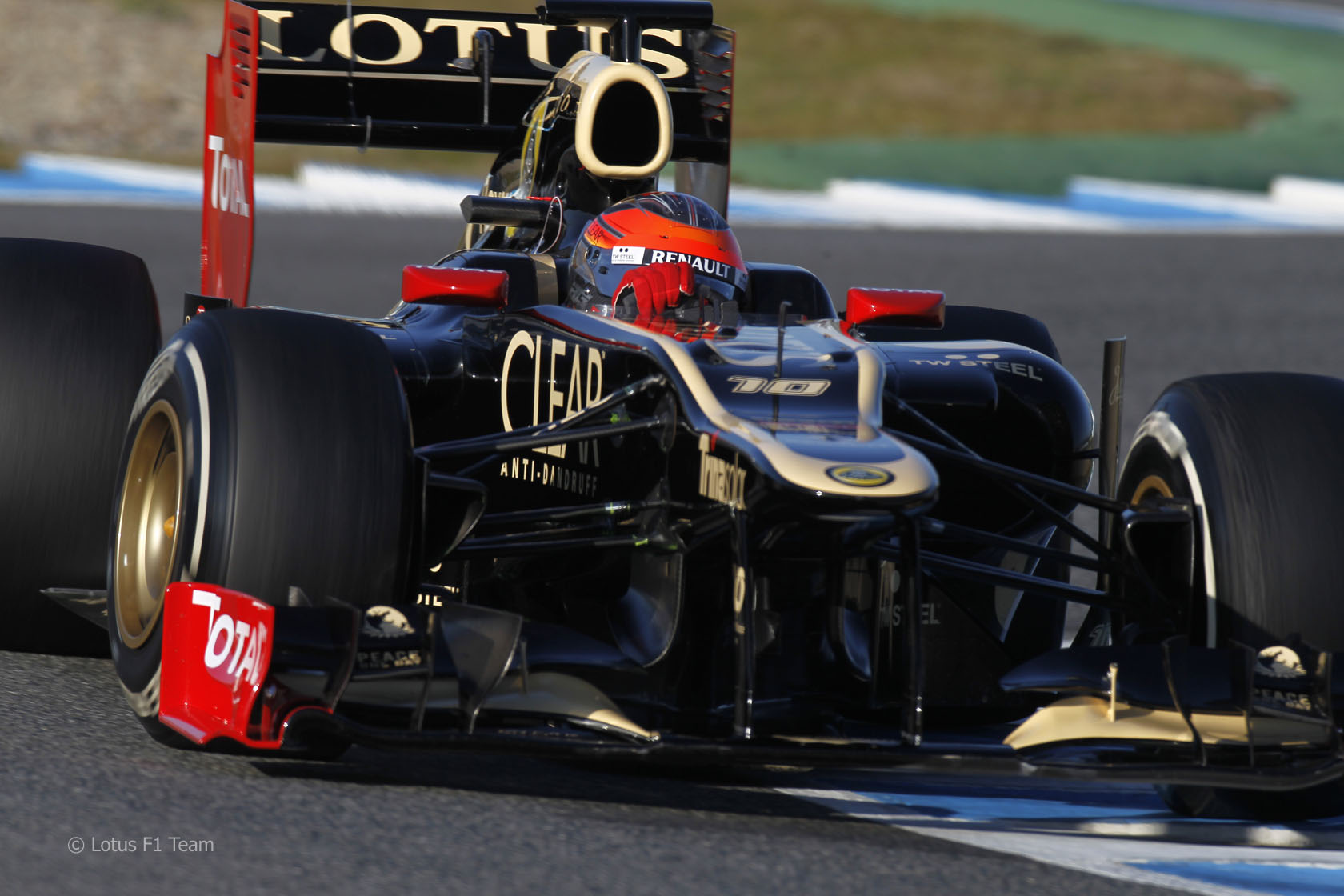 Romain Grosjean set the fastest time for a 2012-specification F1 car in the Lotus E20 at the four-day test at Jerez.

The quickest time of all at the test was set by Nico Rosberg driving last year’s Mercedes.

Grosjean also completed the second-highest distance of any driver at the test.

Bruno Senna logged the most laps in total, covering more than three Grand Prix distances in his two days at the wheel of the Williams FW34.

Marussia were the only team not present at the test, and HRT’s Narain Karthikeyan did not drive at Jerez.

The fastest driver at the Jerez test last year was Rubens Barrichello, who set a quickest time of 1’19.832 in the Williams FW33.