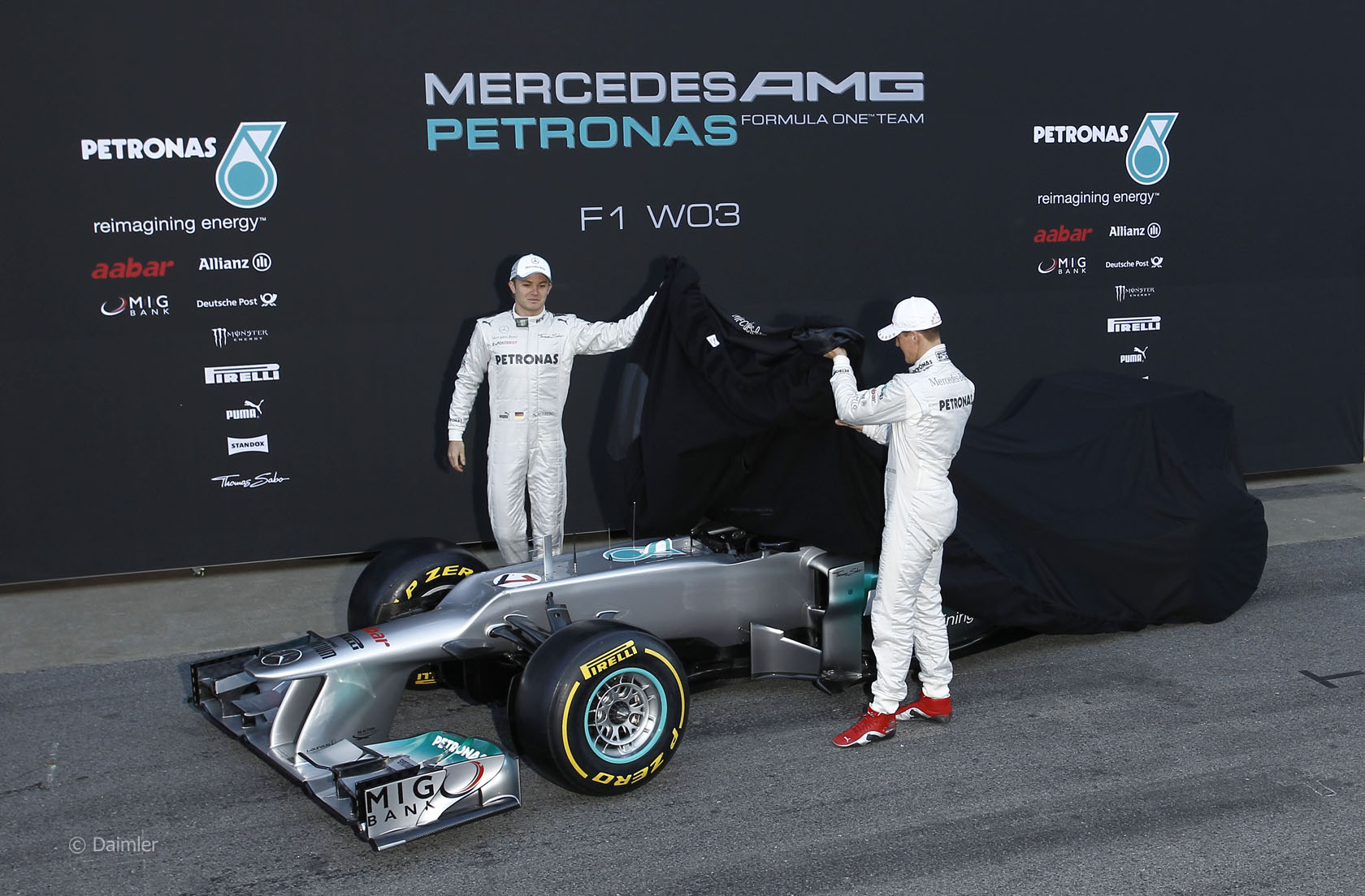 Nico Rosberg says he is encouraged the new technical team at Mercedes have produced a competitive car in the W03.

Speaking as the Mercedes W03 was launched, Rosberg said: “The team is working much better. You can see it on this car.

“Everything is much more compact, everything has its place. Nothing is thrown onto the car afterwards because ‘oh, we really need that’.

“Everything was planned in advance, the car is very light, it has a nice driving characteristic. So you can feel that the team is making progress thanks to all the people that have joined the team.

“How fast it is eventually, I don’t know yet. But even there, the can fully focus on performance at the moment because there’s no reliability issues.”

“We’ve tested in isolation, which is always difficult. But we’re reasonably encouraged by what we’ve seen.

“Half a second one way or the other is what makes the difference in Formula 1 so, really, until we get to Melbourne, we won’t know the true picture.

“But you get a feeling, you get an impression, if you’re in a stronger group or need to catch up. The impressions so far are positive.”

Brawn added he would not be satisfied if the team failed to better fourth in the championship for a third year in a row:

“Whether we achieve our ultimate ambition this year or next year or whenever, we’ve got to keep moving forwards, keep the team strengthening.

“My dream would be for Michael [Schumacher] to win again and for Nico to win his first race. So that’s our ambition, that’s our objective.

“But as I say I think the thing that’s very encouraging for me is the strength we’ve got in the team now, and the ability of the team to react.

“We have massive support from our board. Dr [Dieter] Zetsche couldn’t ask for more support for what we want to achieve. And we’re building a team that, I feel, can achieve those ambitions and those objectives.”

24 comments on “Rosberg says Mercedes are “working much better” now”