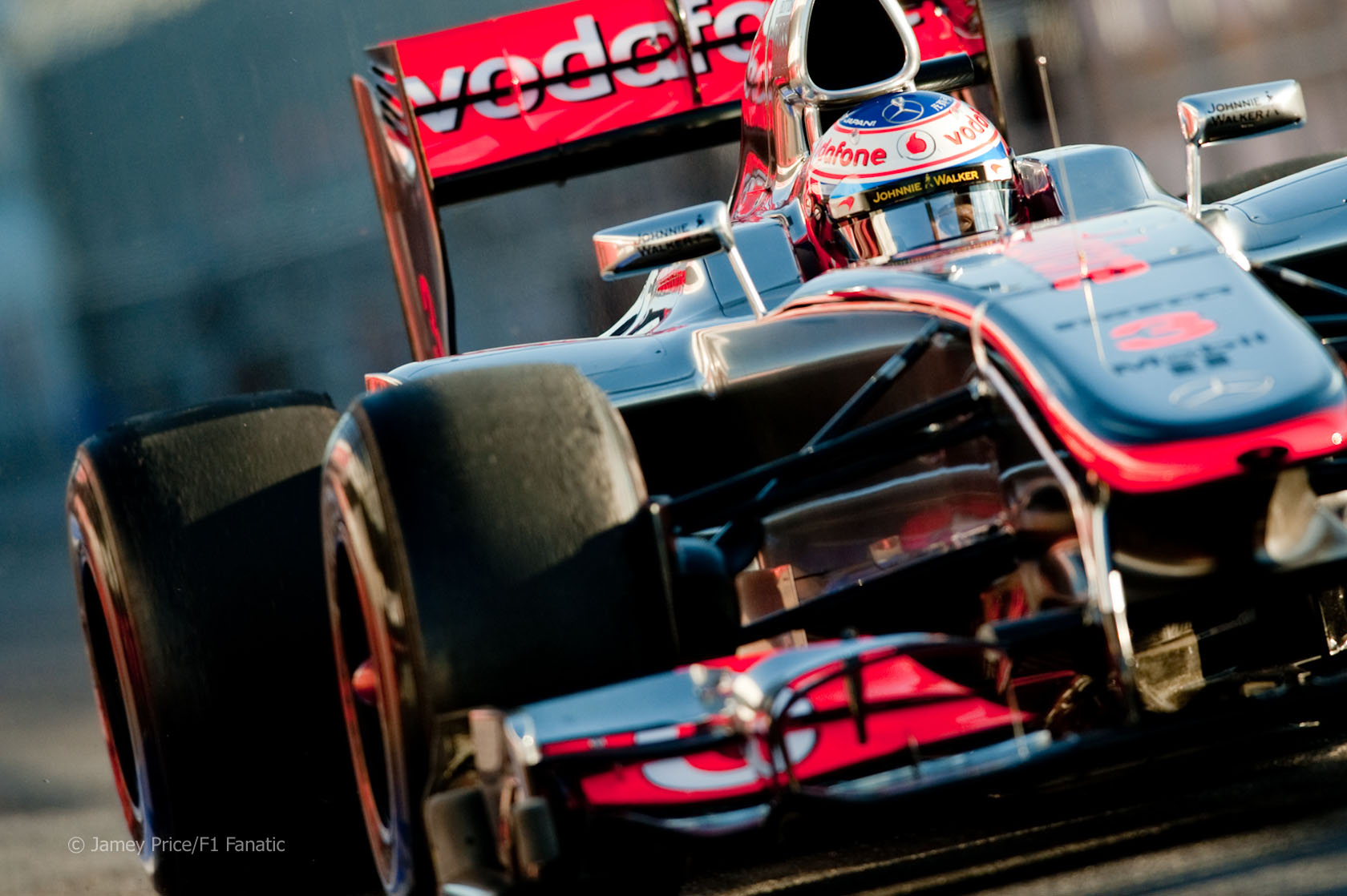 In the round-up: McLaren team principal Martin Whitmarsh expects a close contest in 2012.

Whitmarsh: Tight at the top (Sky)

Martin Whitmarsh: “It looks tight, sadly we’re not the dominant team, that’s the bad news for me. But the good news is I don’t think anyone else looks dominant either. Red Bull look strong, Ferrari and Mercedes look pretty reasonable, so that’s encouraging.”

Reading between the lines in a phoney war (BBC)

“‘You’re old enough, Andrew,’ one senior insider said to me during the test, ‘to know that Red Bull look very strong. McLaren and Ferrari are a bit behind. Force India look like they have a quick car, too.'”

“What happened in Melbourne last year was that we had carried over some problems from the tests. The cooling of the car was not good enough and there had been a lot of wasted effort put in to resolve the cooling and some other reliability issues. It hit us massively at the first couple of races. So yes, it was a really messy start to the season and this year it has been one of our major priorities to avoid such a messy start, as it distracted us from focusing on the performance that we wanted.”

“When asked if last year was a bad one for F1 he said: ‘It wasn’t good obviously. I often wonder whether people watch because of the championship or because of the particular race.'”

Massa sure Ferrari now on the right path (Ferrari)

“Traditionally Red Bull have switched their launch exhausts to their Melbourne spec in the last days of testing. It?óÔé¼Ôäós been mentioned by the team that there is a new exhaust system coming. This is no doubt partly the reason for the team delaying the last test and having a near private test (shared with Ferrari) on the last day.”

“The 144 laps of Kamui Kobayashi today are equivalent to 670km. Only one car in Sauber’s history covered more during one test day. This was Nick Heidfeld at Le Castellet [Paul Ricard] back in 2006 (729km).”

“Why walk into the crossfire? Why take the risk? Formula One does not need the Bahrain Grand Prix and Bahrain certainly does not need to stir up unnecessary tensions.”

“The Baillieu government has been labelled hypocritical by opponents of the Grand Prix and lauded by sections of the business community for its decision to bid again for the Australian Grand Prix – despite the AUS$50 million annual cost to taxpayers.”

Electrolite on Jenson Button – currently the most popular driver among F1 Fanatics:

For me it’s not that Jenson’s British, but he’s been around for a long time now and he’s the good guy that’s had to deal with some real dogs.

He stayed loyal to the Honda team for so long (the Williams contract buy-out aside) and even through ’07-’08. I remember being about 13-14 and cheering on his BAR, I’d be so glad if he got a podium! Through the Brawn year was very moving for me to watch him take all them wins and also how hard he fought later on in the season.

He’s British, yeah, but I’m really not that patriotic, and I think many of his 638 fans will share the same sentiments I do.
Electrolite

Incidentally, Button’s added a few dozen more fans since yesterday. To set your favourite drivers and teams, log in and go to My Account > Profile > Edit and then click F1 teams and drivers to make your selection.

The non-championship Cuban Grand Prix was held on this day in 1957, postponed by one day as a dock strike had delayed the arrival of many cars.

Juan Manuel Fangio won the race around the rough Malecon Highway circuit which Stirling Moss described as “pretty wild” even by the standards of the day.

64 comments on “Whitmarsh: “I don’t think anyone looks dominant””