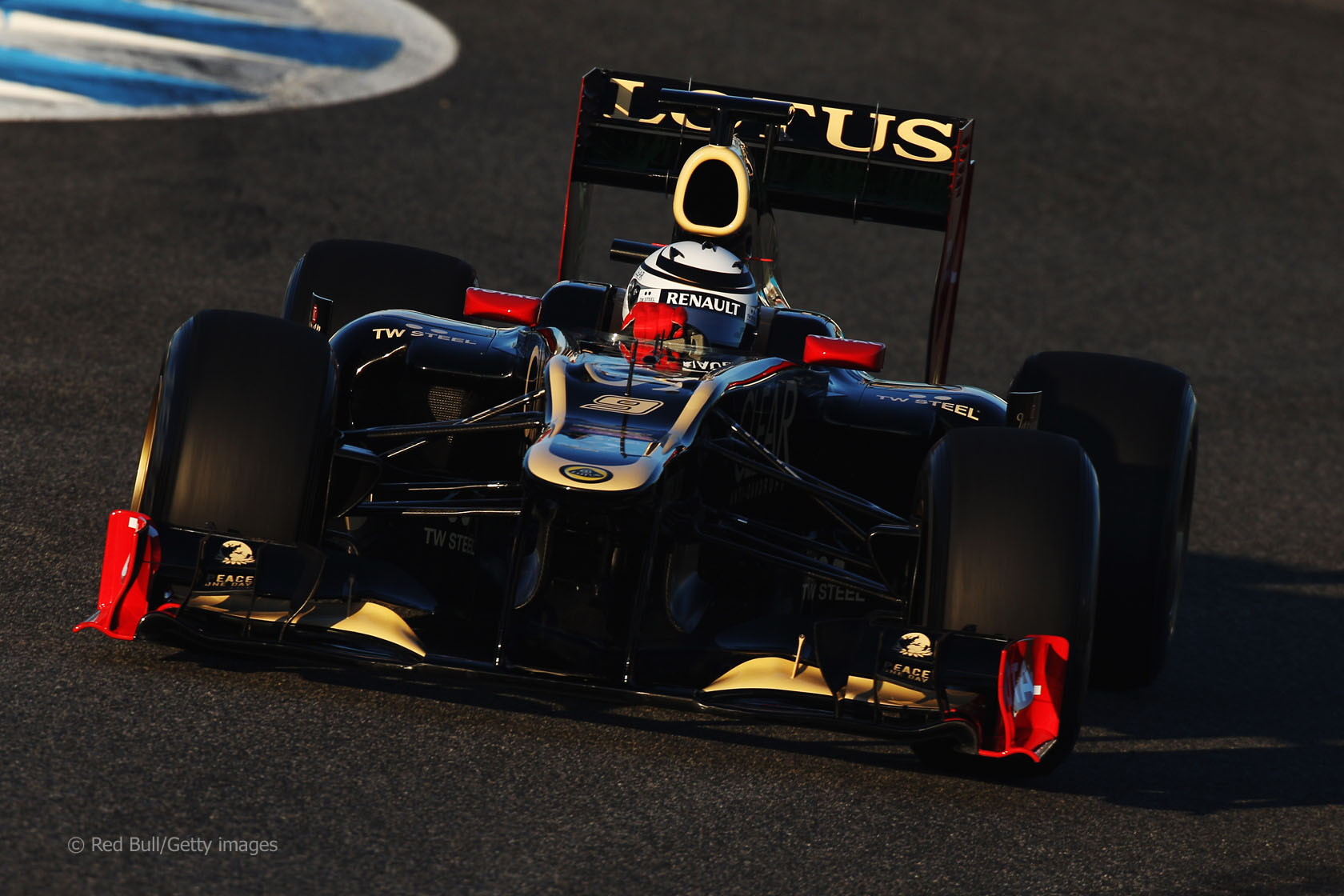 Lotus, who raced as Renault last year, saw their 2011 campaign derailed by Robert Kubica’s injury and problems with their unconventional car.

But Lotus have already made a faltering start to their 2012 campaign, losing four days of testing due to a chassis problem.

Kimi Raikkonen makes his return to Formula 1 two years on from being dumped by Ferrari. He’s spent the intervening years rallying and dabbling in NASCAR Trucks.

Inevitably there are questions: How will he get on with the new tyres, the Drag Reduction Systems, and doing a complete Grand Prix distance without refuelling?

Will Raikkonen be back at the peak of form that made him a championship contender from 2003 to 2007? Or will he be the inconsistent, occasionally anonymous driver who was beaten by Felipe Massa in 2008 and 2009?

However it turns out, Raikkonen’s return gives us something to savour about the season ahead. He boosts F1’s talent roster by giving us a record-breaking sixth world champion on the grid. And I for one can’t wait to see him back in action at Spa.

Romain Grosjean’s F1 debut in 2009 was a classic case of too much, too soon.

After a confidence-battering seven races alongside Fernando Alonso, Grosjean needed to do the business in GP2 to provide a springboard for an F1 return.

He did so in emphatic style last year, winning the championship with three races to spare, and giving Eric Boullier good reason to opt for him over Bruno Senna or Vitaly Petrov.

Grosjean faces the challenge of partnering a world champion again. But with Raikkonen having spent the last two years out of F1, Grosjean should at least aim to keep him within range in the first half of 2012.

Lotus were forced to lose almost four days’ worth of running when they discovered a serious problem with their E20 as Grosjean began his first flying lap in Barcelona.

How badly this will affect Lotus is hard to say – but it certainly is a setback. With testing tightly regulated teams have to make best use of the limited running available.

And it’s not just the testing programme which will have been compromised. Back at the factory, effort which would have been spent on developing the car had to be directed into fixing the suspension problem and strengthening their chassis.

This is bad news for a team which lost it way on car development last year with its radical front-exit exhausts. By the end of 2011 Renault were struggling so badly they almost lost fifth place in the constructors’ championship to Force India.

The E20 has shown a good turn of speed in testing but the team won’t know until Melbourne just how quick it really is – and how much their chassis problem has cost them.

The Lotus name has now been applied to three different teams: the original Lotus which competed for 1958 to 1994, Tony Fernandes’ operation in 2010 and 2011, and now the Group Lotus-backed team.

How do you think Lotus will perform in 2012?

Will Kimi Raikkonen be competitive on his comeback? How will Grosjean fare in his first full season?