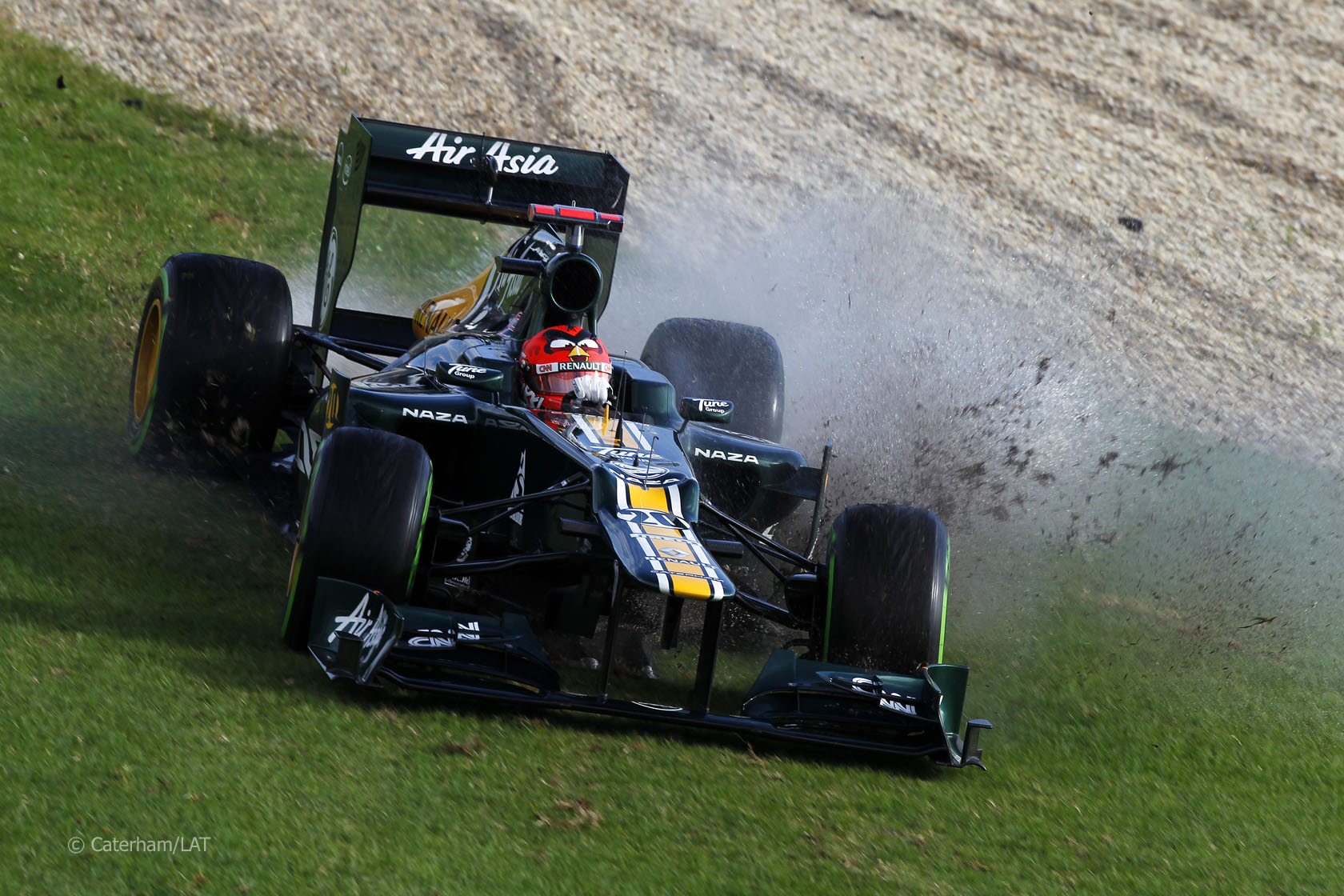 The first practice session of the season began with damp conditions.

The track dried throughout the course of the first 90 minutes and drivers were able to use slick tyres in the second half of the session.

In between the two sessions the clouds dumped yet more water on the circuit and the second session was even wetter that the first when it began.

The tricky conditions caught out a few drivers including Felipe Massa and Heikki Kovalainen – as you can see from this collection of pictures.