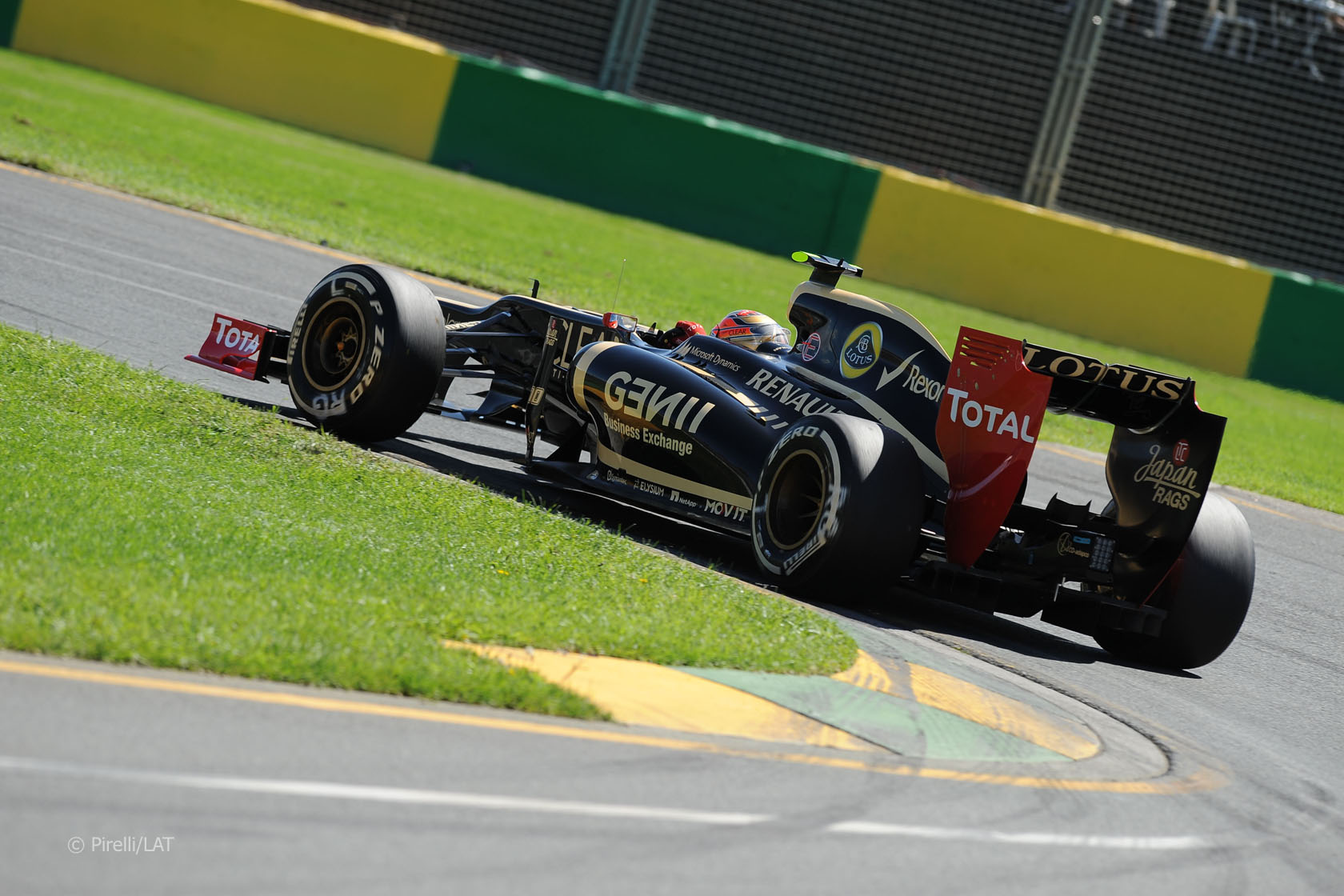 Lewis Hamilton heads a McLaren one-two on the grid for the Australian Grand Prix.

Romain Grosjean claimed third ahead of Michael Schumacher and the two Red Bulls.