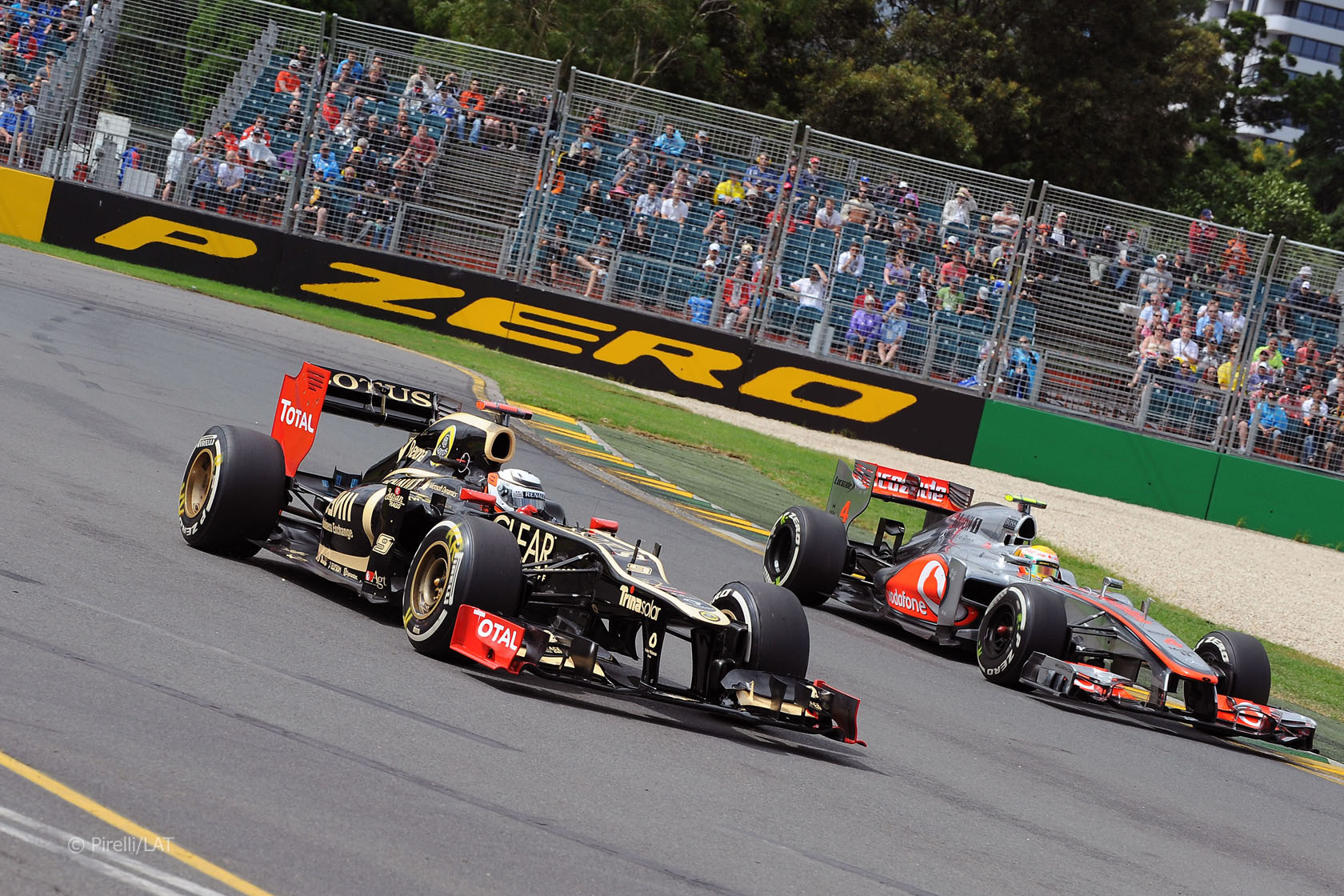 Qualifying for the Australian Grand Prix showed F1 fans can expect a close season of racing in 2012.

The field was much more tightly-packed in today’s qualifying session than it was 12 months ago. Several drivers were covered by just a few tenths of a second.

Last year Sebastian Vettel took pole position by 0.778 seconds. Today the top seven cars were covered by less than that.

While the top ten were covered by 2.28 seconds last year, a smaller gap covers the top 16 this year.

This chart compares how far each driver was off pole position in qualifying (in seconds) at Melbourne in 2011 and 2012:

This offers some consolation for Ferrari, who struggled for pace and failed to get either car into Q3.

As Fernando Alonso pointed out: “Here, at the end of qualifying last year, we were 1.4s off the pace, while today, in Q2 it was 1s, therefore hypothetically one could say we are more competitive than we were back then.

“Sure, there are other teams that have made progress, but I think we have plenty of room for improvement.”

It’s an encouraging sign that we have an exciting season’s racing ahead, with more closely-matched cars making the difference between the drivers more important.