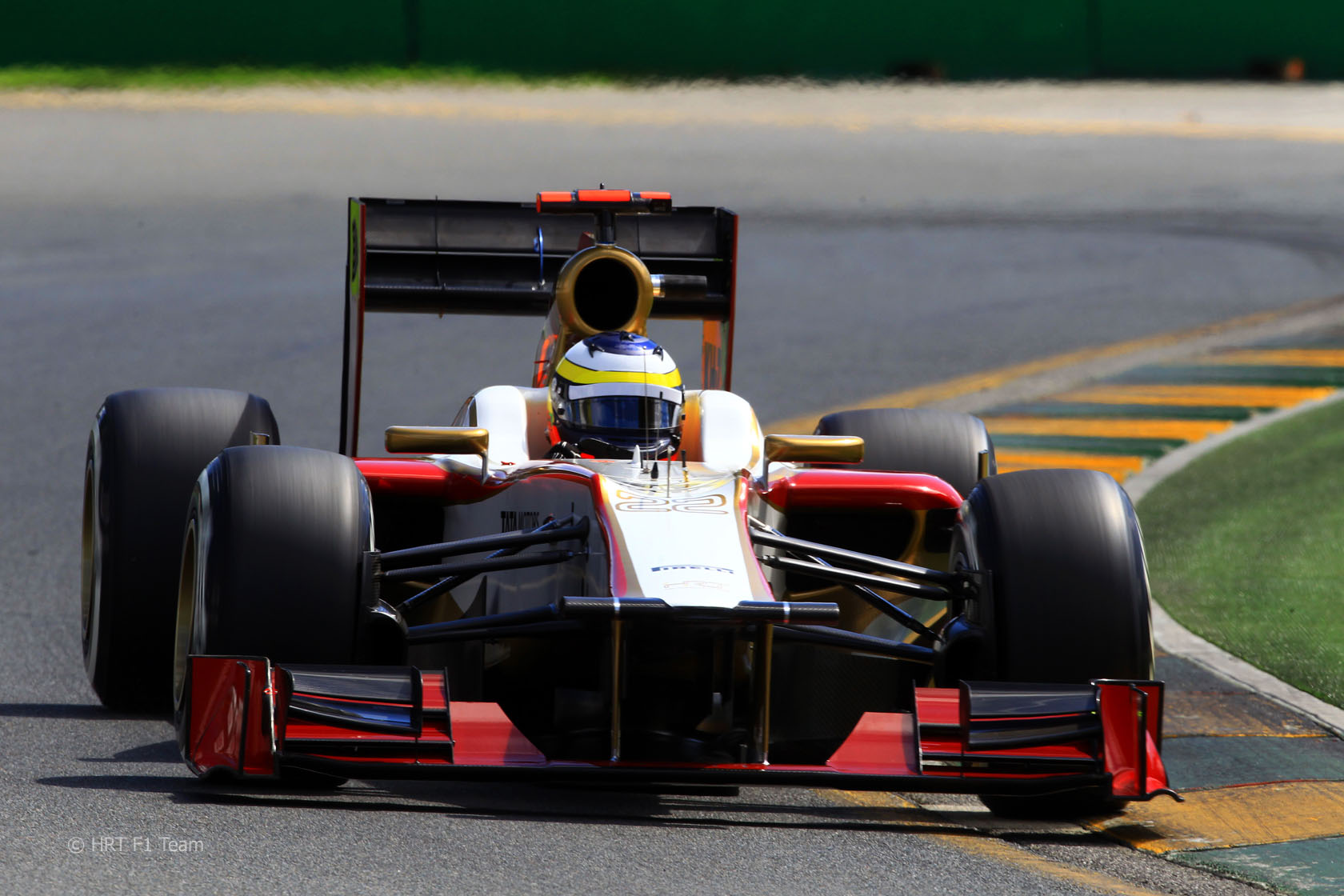 The Australian Grand Prix stewards have confirmed the HRT drivers will not be allowed to start the race.

Pedro de la Rosa and Narain karthikeyan were 1.2 and 1.4 seconds outside the 107% time in Q1 respectively.

It is the second year in a row HRT have failed to start the first race of the season. The pair did a total of 45 laps in first practice.

De la Rosa said: “We did all we could today.

“The team put in a great shift and just making it to today was an accomplishment for us, because these days have been very hard for all of us, including the drivers.

“But there?óÔéĽÔäós a lot of room for improvement and, although it?óÔéĽÔäós true that we have to change many things, we know what they are, so all I can say is that we need to be patient.

“I already said it when I arrived on Wednesday, this is a test for us, it?óÔéĽÔäós our pre-season. The downside is that we?óÔéĽÔäóre doing it in front of the cameras because everything is more evident.

“We should have done it before but we lacked the time, so now all we can do is work for Malaysia and the following races and focus on the important areas to make the car quicker”.

Karthikeyan added: “We knew it would be tough coming into Australia but today?óÔéĽÔäós result is hugely disappointing for any driver, there?óÔéĽÔäós no doubt about that.

“We can try and come up with excuses but, at the end of the day, we lacked pre-season running time. We were up against it from the word go and yesterday?óÔéĽÔäós weather wasn?óÔéĽÔäót good which resulted in us losing a lot of dry running, hurting us badly.

“We?óÔéĽÔäóve had a lot of issues with the car, which is something normal during preseason, but the problem is that this weekend was our own particular preseason and we were fighting against the clock. So there?óÔéĽÔäós a fair amount of work to do and hopefully we can improve and move on from this”.

53 comments on “HRT will not start the Australian Grand Prix”