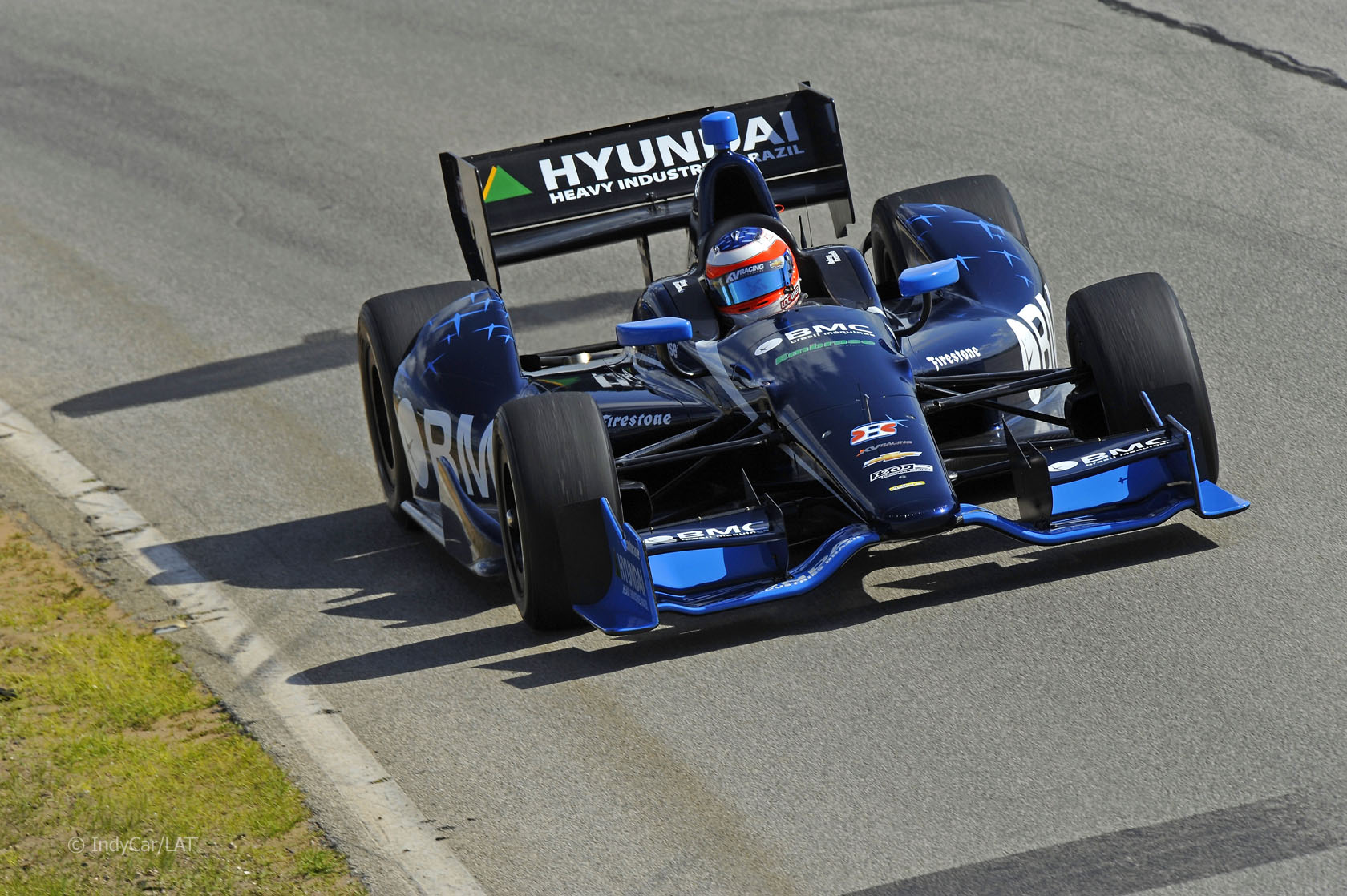 IndyCar emerges from a long, dark winter into a new season which promises much for the beleaguered championship.

The death of Dan Wheldon in the final race of last year cast a shadow over the series which it will take time to fully emerge from.

IndyCar has pledged to learn from the events of that day. But one major step towards improving safety in the series had already been put in place long before it happened – the introduction of a new, safer car for this year.

As the teams find their feet with the new Dallara DW12, new engine format and engine suppliers, this one of the most anticipated new IndyCar seasons in years.

And F1 fans will be especially keen to see how Rubens Barrichello fares in his high-profile switch to America’s premier open-wheel racing series.

The arrival of the most experienced Formula 1 driver of all time, is a much-needed shot in the arm for the series.

Not since Nigel Mansell left F1 as world champion to race in IndyCar in 1993 has the series had such a high-profile convert.

Barrichello teams up with his close friend and fellow Brazilian Tony Kanaan at KV Racing in a driver pairing which looks strong enough to get on terms with the best IndyCar has to offer.

Four-times champion Dario Franchitti remains at Ganassi alongside Scott Dixon. Franchitti must rank as the pre-season title favourite along with his closest challenger of the last two seasons, Will Power.

Power has come close to snatching the title from Franchitti in the last two seasons. Helio Castroneves and Ryan Briscoe remains his team mates for 2012.

IndyCar has lost one of its star draws in Danica Patrick, who has defected to NASCAR. Wheldon was set to take her place at Andretti before the awful events of Las Vegas.

Instead, that seat has gone to one of the most exciting rookies of 2011, James Hinchcliffe. He partners Marco Andretti and Ryan Hunter-Reay. JR Hildebrand, another of the top rookies of last season, remains at Panther.

Barrichello is not the only former F1 pilot on the grid. Takuma Sato and Justin Wilson remain in the series and multiple Champ Car champion Sebastien Bourdais will race for Dragon alongside Katherine Legge.

Another hugely experienced former F1 driver, Jean Alesi, is due to make a one-off appearance in this year’s Indianapolis 500.

The series which at one point was contested entirely on ovals is increasingly given over to road and street races. IndyCar’s varied calendar is a major part of its appeal, spanning road courses, street circuits and ovals.

All five of the oval races are contested on tracks of varying lengths, from short ovals like Milwaukee and Iowa up to the daunting superspeedways of Indianapolis and Fontana.

As ever the focal point of the year will be the Indianapolis 500, which this year is being run for the 96th time.

This year’s calendar boasts three additions, including the welcome return of former venues Detroit and Fontana. The third, a street race in China, is something of a mystery, though we do know the 6.2km street track will be IndyCar’s longest this year.

Among the circuits absent from the calendar this year is Las Vegas. There are concerns over the race at Texas Motor Speedway which is similar in configuration to Las Vegas and the only 1.5-mile over on the schedule. IndyCar have said they will take steps to ensure the race does not see a repeat of the pack racing which led to the Las Vegas disaster.

Barrichello has chosen an opportune moment to make the switch to IndyCars as all the teams and drivers have new machinery to get used to this year.

The new Dallara DW12 (named after Dan Wheldon) is designed to make greater use of under-body downforce instead of its wings to promote closer racing. The cars are lighter and have been setting some quick times in testing.

The car also features extensive safety enhancements compared with the previous design. These include the unusual bodywork around the rear wheels, designed to stop cars being launched into the air.

One problem some drivers have had with the new cars is right-foot braking, leading Dallara to supply a new kit to allow the likes of Franchitti to drive the way they prefer.

IndyCar has also changed its engine formula for 2012 and attracted two competitors to go up against Honda. The cars use 2.2-litre V6s with a choice of single or twin-turbos. Chevrolet and Lotus have arrived although the latter have not got up to speed as quickly as their competitors.

Barrichello will also have to adjust to other key differences between IndyCar and F1. These include oval racing and in-race refuelling – the latter he experienced in F1 as recently as 2009.

Another small but significant difference is the banning of tyre warmers in IndyCar, which makes the drivers’ skill in bringing their tyres up to temperature all the more crucial.

Those in the UK can see the opening race of the new IndyCar season live on Sky Sports F1 at 5:30pm on Sunday.

The rest of the season will be shown live on other Sky Sports channels.

You can join us on F1 Fanatic Live during most of this year’s IndyCar races.

He also have a dedicated group and forum for IndyCar fans:

A selection of video highlights from some of last year’s best races:

The 100th anniversary Indianapolis 500 produced a finish worthy of the historic race. Rookie JR Hildebrand was on course to score an history victory until he crashed at out the final corner.

That allowed Dan Wheldon through to claim his second Indianapolis 500 victory.

Scott Dixon won his first race of the year at this picturesque road circuit:

Will you be watching the IndyCar series this year? Who are you rooting for?

And how will Barrichello fare on his debut? Have your say in the comments.