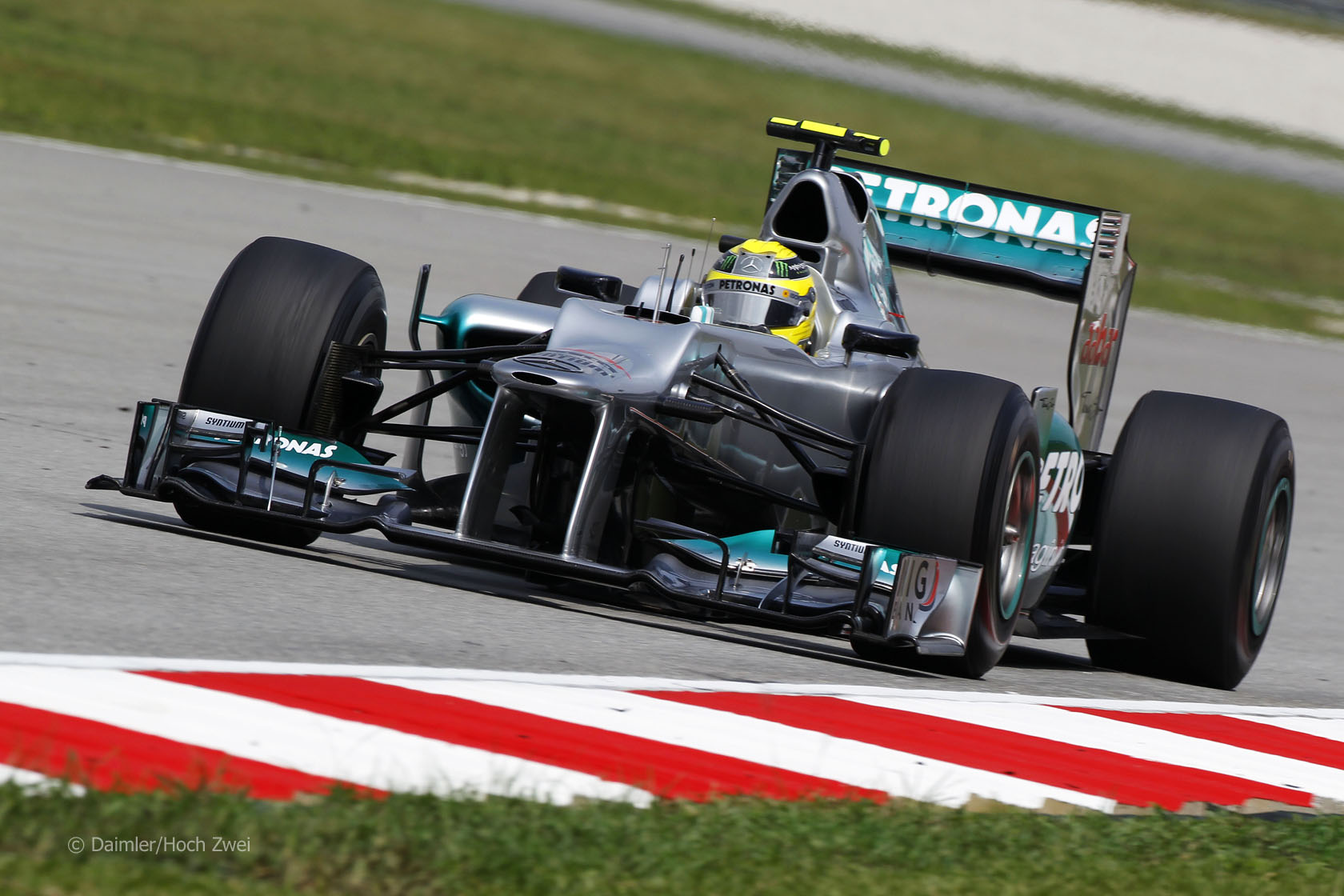 He was 0.4 seconds faster than his closest competitor as practice concluded at the Sepang International Circuit.

The session began on a damp but drying circuit. Following their installation laps the drivers sat tight in the pits, waiting for their competitors to make the first move.

Bruno Senna was the first to head out on slick tyres. As his times dipped into the 1’40s most of his rivals joined him on the track.

The lap times fell quickly on the busy circuit, and with 20 minutes to go Vettel had all-but matched the quickest time seen during yesterday’s running.

But Hamilton aborted his first run after a lurid, high-speed slide off the track at turn 13.

Pastor Maldonado was one of the last drivers to set their first time. His lap of 1’37.455 put the Williams fastest by half a second, indicating their potential.

Hamilton was one of the first to do a lap on medium tyres, but his 1’37.776 fell short of Maldonado’s best. The Williams was quickly demoted by the Red Bulls, both Lotuses and Rosberg’s Mercedes.

The drivers stayed on the track for a second lap on the softer tyres but none could find any improvement.

That left Rosberg on top ahead of a closely-matched group comprising the two Red Bulls, two Lotuses, Jenson Button and Maldonado covered by just 0.135s.

Michael Schumacher was eighth-quickest with Hamilton and Kamui Kobayashi completing the top ten.