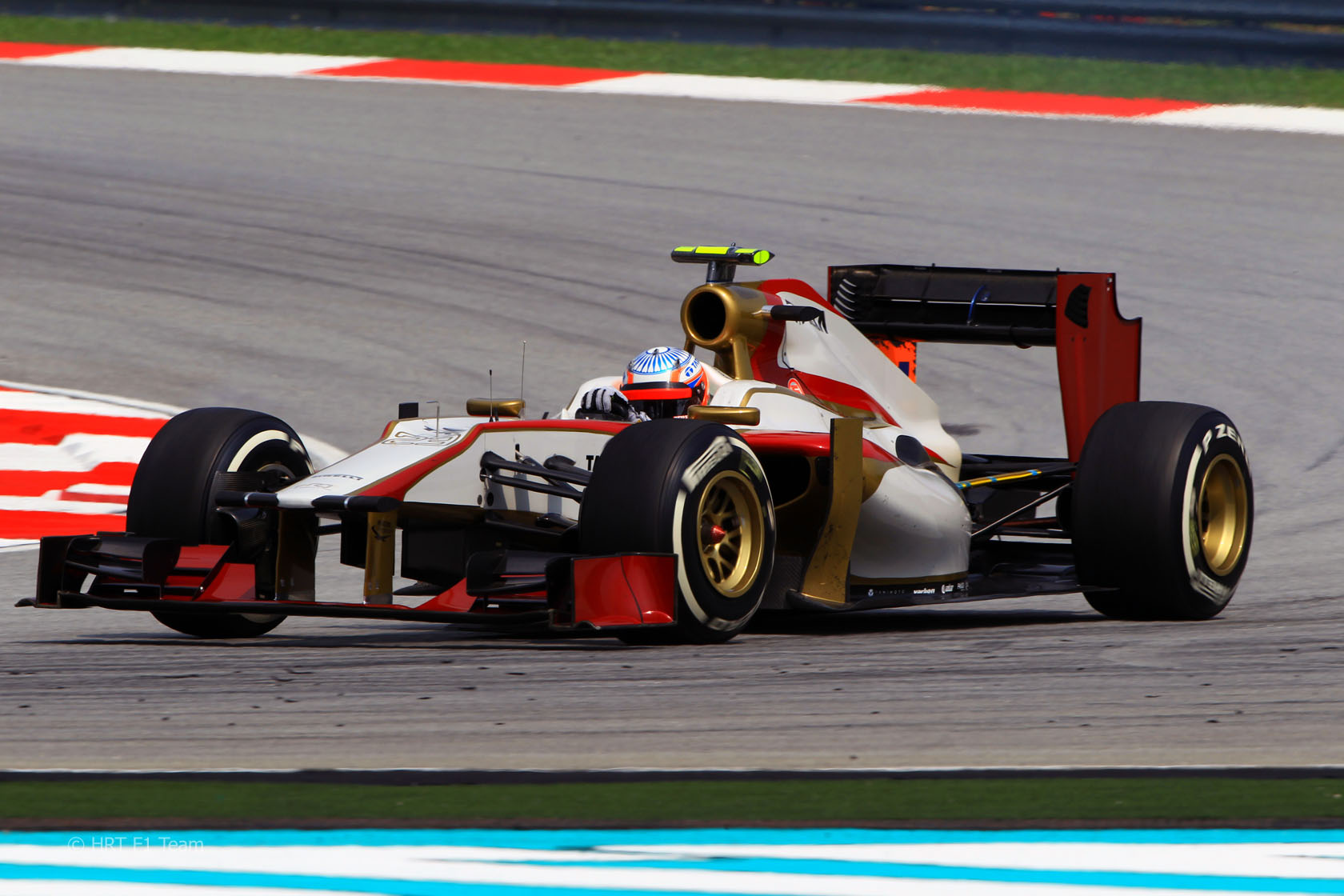 Narain Karthikeyan has been penalised 20 seconds in the Malaysian Grand Prix.

The HRT driver was handed the penalty following contact between him and Sebastian Vettel during the race.

Vettel, who suffered a puncture and brake damage in the collision, said: “[To] lose the race how I did is very frustrating. Some people need to look more where they are going.”