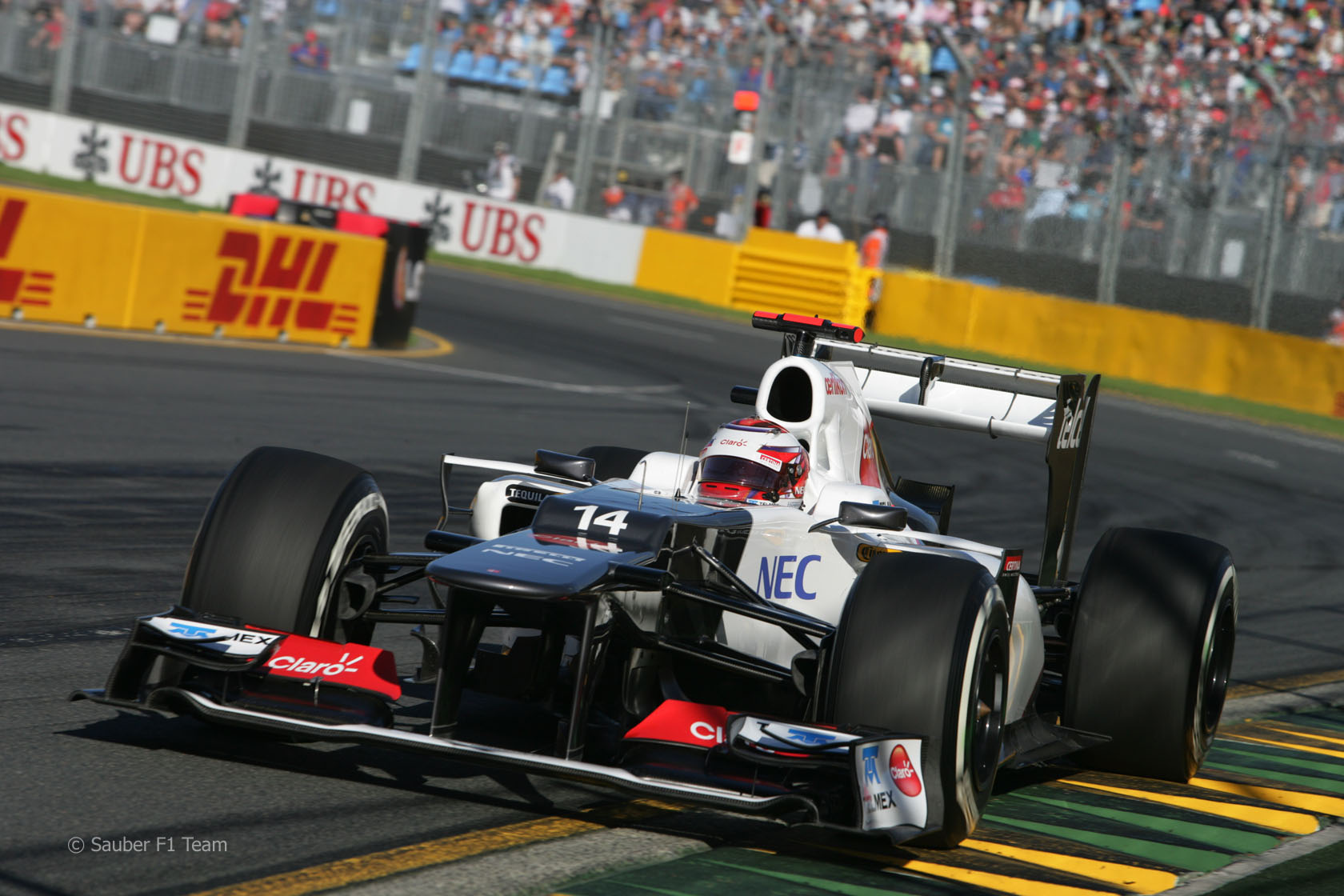 In the round-up: Sauber’s chief designer says “we are not qualifying where the pace of the car is”.

Chief designer Matt Morris: “I think we have a better balance between qualifying and the race, but we still need to find more performance in qualifying because we are not qualifying where the pace of the car is. That is something that we accept and are concentrating on now.”

Button happy with life at McLaren (The Telegraph)

“People talk about Ferrari and them being very passionate, and they are. But I don’t think most people realise how passionate this team is, and how much they want to achieve.”

Martin Whitmarsh: “We’re not complacent. We have to improve our car, we have to find performance improvements – and fortunately we have.”

“It’s a shame I didn’t get a point in Malaysia. There are a lot of races to come and we should be in good shape.”

Looking ahead to China (BBC)

“Apart from the well-known problems at Ferrari, Mercedes are the team who will perhaps be doing the most soul-searching.”
The Pit Stop: F1’s cookie cutter calendar (Unibet)

My latest column for Unibet.

Matt is surprised teams are going to such lengths to copy – or ban – a design which does not appear to be producing results:

If Mercedes were pulling clean sweeps on Sunday, all right, I could see an argument there, but they?óÔéĽÔäóre not.

Qualifying isn?óÔéĽÔäót what it used to be with the new tyres, with normal DRS, with set in stone gear ratios, and all the other changes that have gone on in the past decade. How many times in 2011 did a driver charge from way back in the grid to a top spot? I seem to remember some great charges from the likes of Kobayashi and the Torro Rosso boys, and we saw Kimi Raikkonen go from 18th to seventh in Australia.

Look at Mercedes now. Schumacher has been taken out of contention twice through extenuating circumstances, and Rosberg goes nowhere but backwards during a race. They have a single point to their name, and are in between the Toro Rosso team and Marussia. If Red Bull took the hint the second, or even third time the system was declared legal, they could already have a working ‘Front wing F-duct’ on their car, and any qualifying advantage would be nullified.

But no. They seem perfectly content to pull a Ferrari and hope to get Charlie and co. to ban everything that they can?óÔéĽÔäót quickly duplicate or improve upon.
Matt

Gilles Villeneuve was third on the road for Ferrari but disqualified for a technical infringement relating to his unusual, extra-wide rear wing (see the video below).