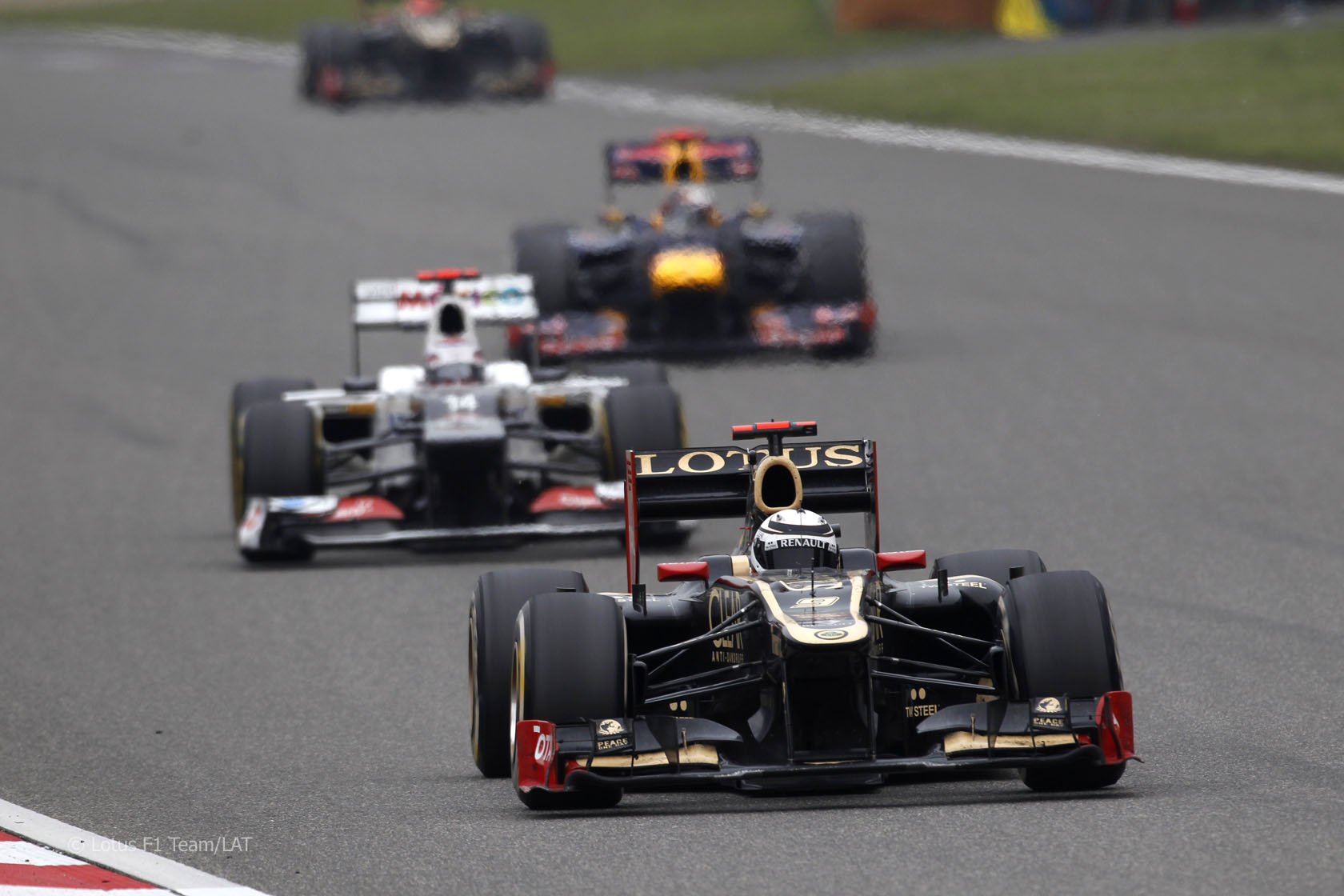 Two pit stops or three? That was the question facing teams in the Chinese Grand Prix.

And several of them didn’t get the call quite right: towards the end of the race drivers including Sebastian Vettel and Kimi Raikkonen fell back as their tyres wore out.

The fastest lap times chart below reveals who got their strategies right in China.

This chart shows each driver’s laptime on each lap of the race (in seconds). Very slow laps have been discarded. But Vettel’s 23-lap stint on medium tyres proved too long for the RB8 to keep its tyres alive. “I had no tyres left,” at the end, he said, and was passed by the two McLarens and Webber as he fell back.

Kimi Raikkonen tried to make his last set of tyres last even longer – 26 laps. He times started to fall off a dozen laps before the end. To begin with he held up Vettel who, of course, was also trying to protect his tyres.

When Raikkonen’s tyres cried enough he lost ten places in two laps. Lotus’s trackside operations director Alan Permane said: “We’ll dissect the data and see if a three stop would have been better for us, but everything before the race suggested a two-stop was the way to go, and this approach benefitted Romain.”

Romain Grosjean made his last pit stop four laps later than Raikkonen and ended the race in much better shape, claiming sixth place.

Kamui Kobayashi set the fastest lap of the race when he came out of the pits on a new set of medium compound tyres on lap 40.