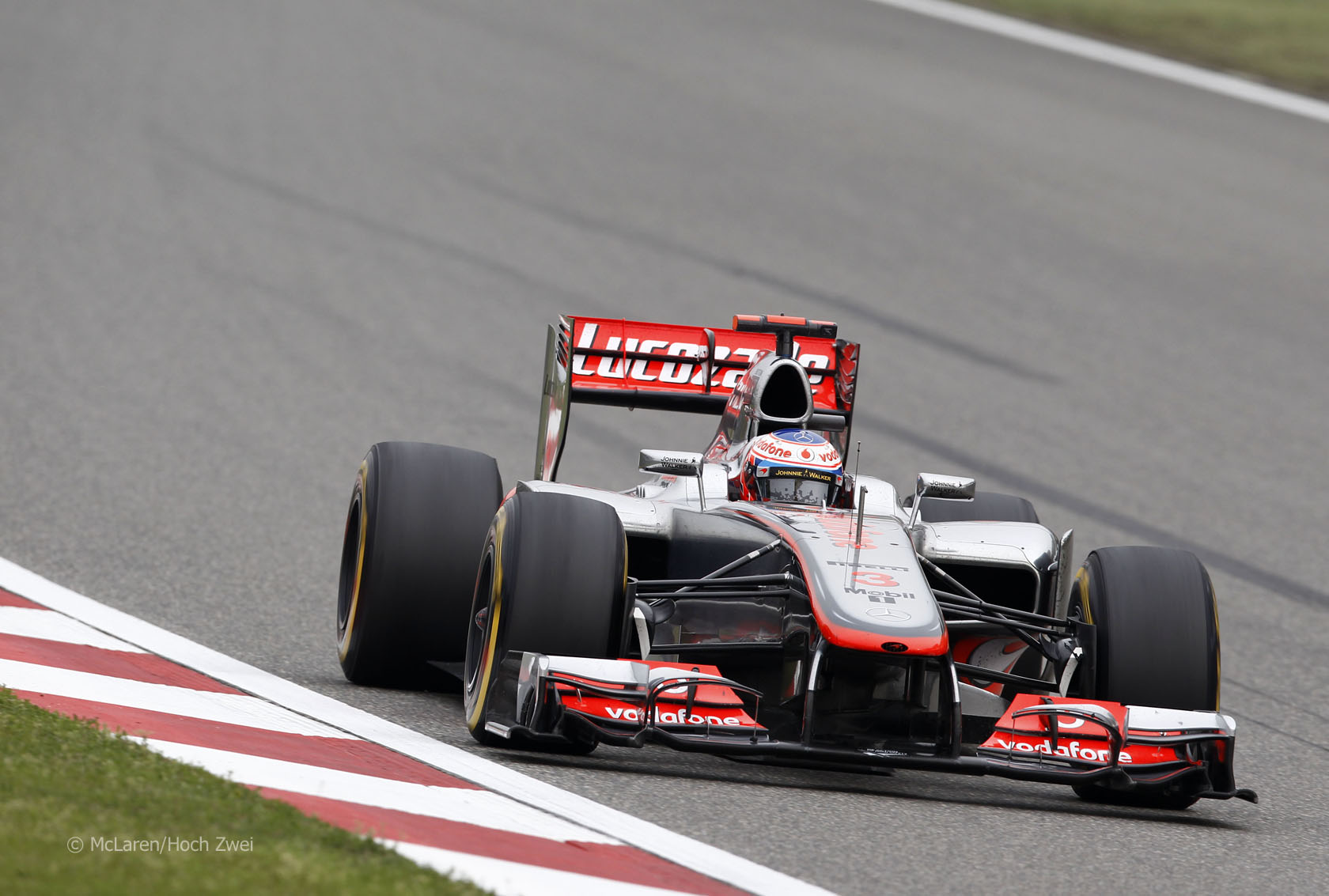 One of the decisive moments of the Chinese Grand Prix came on lap 40.

Would he have been able to catch Rosberg – and win the race – without the delay? Let’s take a look at the data:

This chart shows the gap between each driver (in seconds) on every lap of the race: Without his delay in the pits, Button would have returned to the track around four to five seconds ahead of Felipe Massa.

As it was, he spent the next 11 laps in traffic, mostly losing time to the leading Mercedes.

Until Kimi Raikkonen dropped back, Button was lapping around the same pace he had been before his pit stop. And even then he lost more time behind Vettel over the next three laps.

Even if we conservatively estimate the time lost at this point at one to one-and-a-half seconds per lap, that plus the time he lost in the pits would have been more than enough to catch Rosberg before the end of the race.

But as the motor racing cliche goes: catching is one thing, passing is another.

What we can say for sure is that, for the second race in a row, the driver who finished second has good reason to feel his last pit stop cost him a shot at victory.

The position of each driver on every lap of the race.

The cross-over between two- and three-stop strategies made for a hectic middle period of the race with frequent changes of position.

The lap chart also shows how many places Sebastian Vettel and Kimi Raikkonen lost when they hit tyre trouble in their final stints.