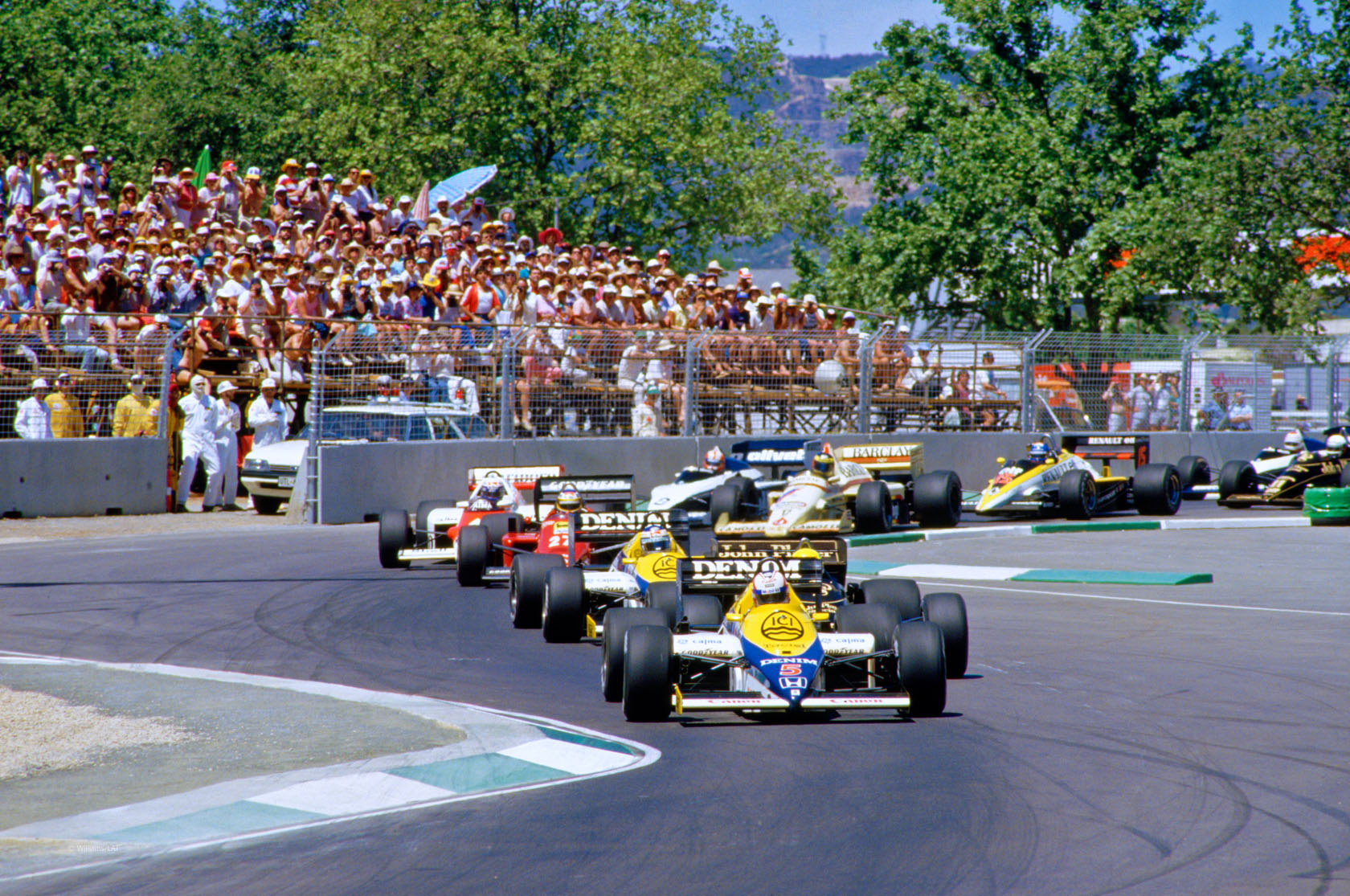 Nigel Mansell leads at the start of the 1985 Australian Grand Prix.

The race was won by his team mate Keke Rosberg, who was starting his last race for Williams.

This was the first world championship F1 race held in Australia.