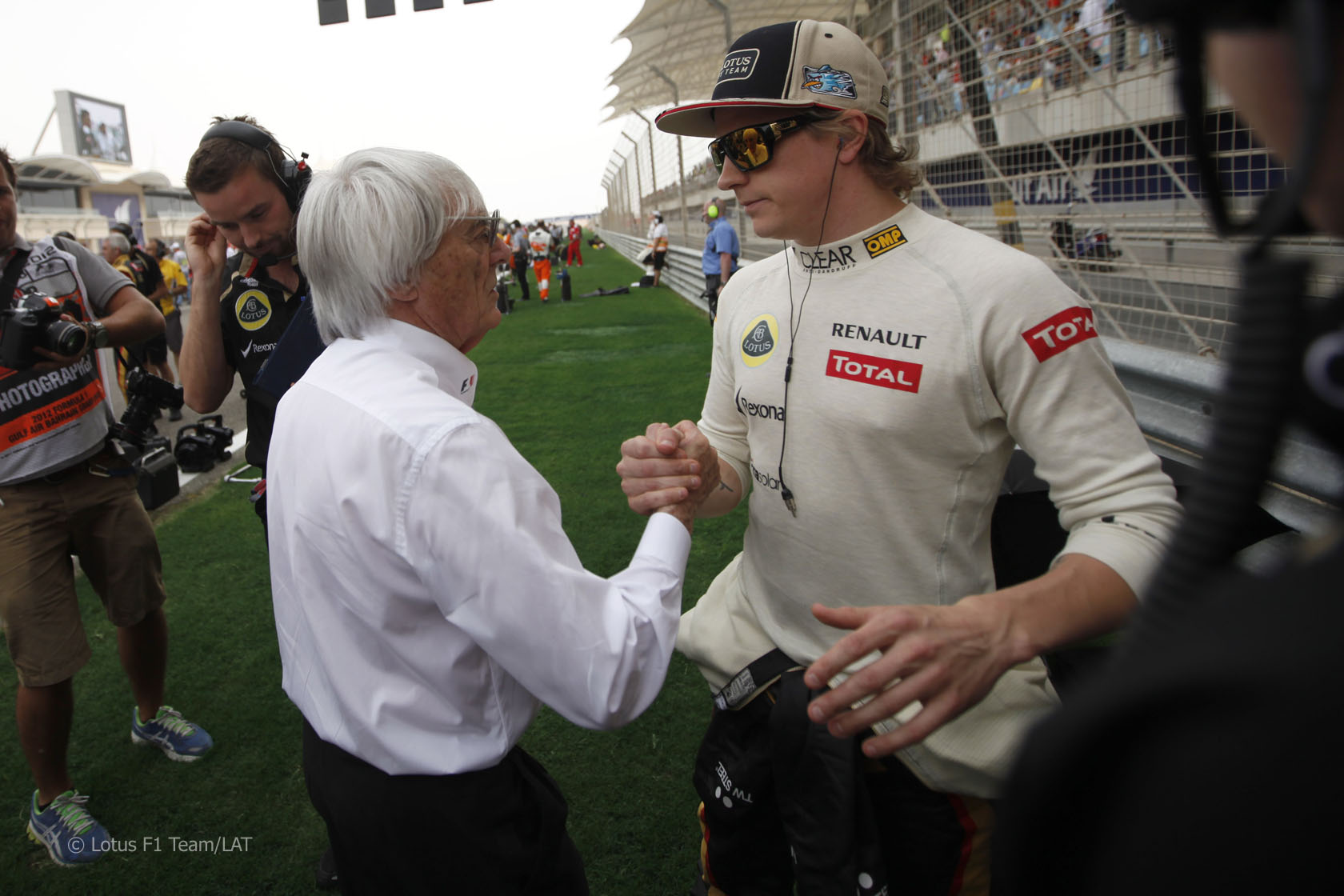 In the F1 Fanatic round-up: Bernie Ecclestone says the Bahrain Grand Prix will remain on the calendar.

Meanwhile journalists attempting to report on the situation in the country are arrested following the Grand Prix.

“Asked whether the race would stay on the calendar, the 81-year-old Briton told Reuters: ‘Absolutely. Forever. No problem.'”

“Bahraini authorities and Ecclestone say journalists free to report in Bahrain, but we along with many media organisations were refused entry. Team arrested, surrounded by masked men and the driver assaulted taken away separately, last seen bleeding from his arms and we [are very] concerned.”

“Channel 4 News has been in contact with him and his team, and are concerned about the welfare of the team’s local driver who was arrested and assaulted in front of the team, and then separated from them. When last seen he appeared to be bleeding from slashes to his arms.”

“Very concerned about detention of Channel 4 journalists in Bahrain. Our Embassy is seeking urgent consular access.”

“[Bahrain International Circuit chairman Zayed al Zayani gave] some seriously implausible figures. He claimed that 28,000 spectators attended the race, even though the empty stands suggested that Bahrain had voted with it’s weary feet. It was claimed that 70,000 had come to the three days of racing, surely another gross exaggeration.”

Truth survives the teargas and tantrums (The Times, subscription required)

“But [Jean Todt] got lucky: the circuit was safe, mainly because it was locked up tighter than Fort Knox, and the only price to pay was the life of the young protester ?¾įķ╝įŪž ?¾įķ╝?¶Freedom, not Formula One?¾įķ╝?ž, they shout ?¾įķ╝įŪž allegedly shot by security forces on Friday.”

“Tight security at checkpoints on the way to the track caused tailbacks as the authorities tried to curtail attempts by protesters to bring their pro-democracy demands into the heart of the event.”

“The main thing I feel unhappy about is everyone has to drive well below a driver’s, and in particular, the car’s limits to maintain the tyres.”

Pirelli motorsport director Paul Hembery: “I’m disappointed to hear those comments from someone of Michael’s experience. Others were getting on with the job and getting their tyres to work. His comments during winter testing were that he was very happy with the tyres, and now he seems to have changed his tune.”

“That puts us in the lead of the drivers’ and constructors’ championships after the flyaways [long-haul races], which is certainly not we were expecting after the first couple of races.”

At the time I saw it as Rosberg defending one side, and Hamilton and Alonso deciding to pass down the same side anyway. If it was like Schumacher and Barrichello at Hungary, then a penalty might have been just.
Slr

Update: And happy birthday to BenH too!

Today marks the 50th anniversary of the crash which brought Stirling Moss’s Grand Prix career to an end.

Moss crashed while racing a Lotus in the Glover Trophy race at Goodwood today in 1962. He had lost time earlier in the race with mechnical problems, and was chasing the fastest lap record when he came off the track, crashed into a banking and had to be cut from his car.

Moss suffered head injuries and later announced his retirement from racing. However he continued to compete until historic events until last year.