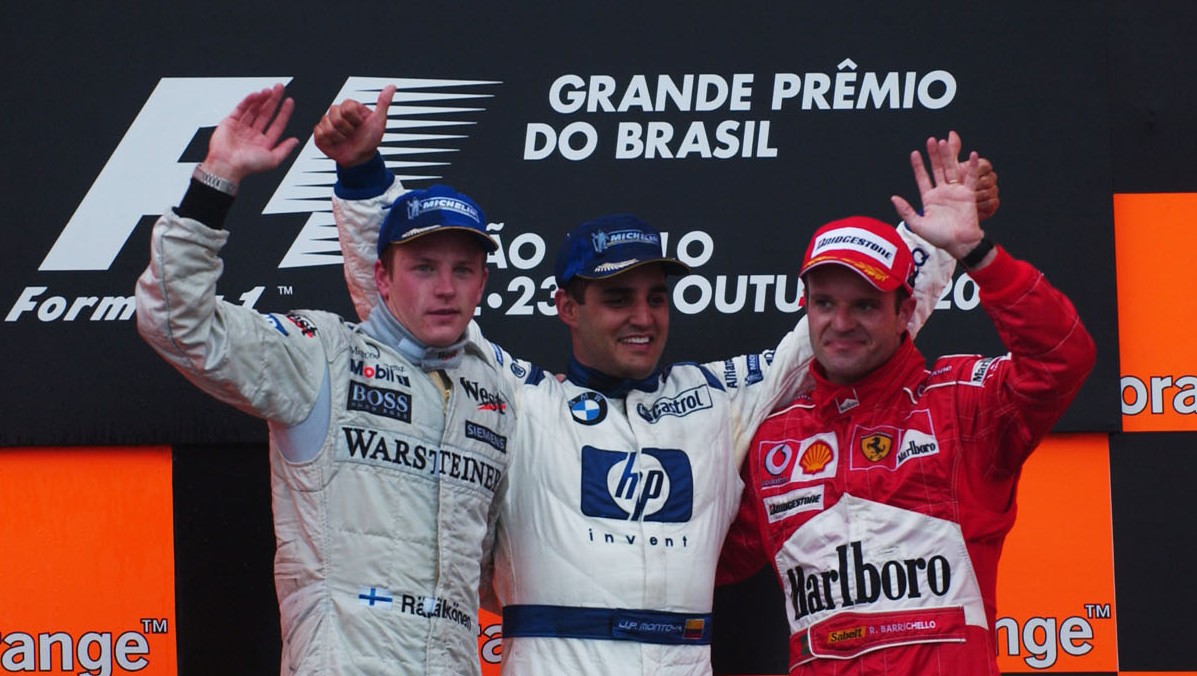 Pastor Maldonado became the 104th different driver to win a round of the world championship.

He added Venezuela to the list of countries that have produced race winners, becoming the 21st different nation to do so.

Maldonado also scored his first pole position, something 96 different drivers have achieved. He inherited first on the grid after Lewis Hamilton was penalised, costing McLaren what would have been their 150th pole position.

Williams’ wait for a win

Williams are no strangers to victory in F1 – this was their 114th and Maldonado is the 15th different driver to have won for them.

But it’s been a long time since their last taste of success: Juan Pablo Montoya’s win in the 2004 Brazilian Grand Prix. This was also the last race before F1 Fanatic came into existence!

Williams ended one of the longest victory droughts ever for an F1 team. They failed to win in the intervening 130 races they started. But it falls well short of the record set by Ligier, who went 223 races without a win between Jacques Laffite’s victory in Canada in 1981, and Olivier Panis’s Monaco Grand Prix triumph in 1996.

Here are the five longest victory droughts for F1 constructors:

Williams also had a 54-race win-less streak between the 1997 Luxembourg and 2001 San Marino Grands Prix.

There have been longer win droughts in terms of duration, but these were set by teams who left the sport and returned. Such as Honda, who went 39 years between John Surtees’ win at Monza in 1967 and Jenson Button’s Hungarian Grand Prix win in 2006, though the team did not participate between 1969 and 2005.

Likewise Mercedes ended a 57-year wait for another victory this year, but did not compete as a full constructor between 1956 and 2009.

Most different winners at the start of the season

In 1983 the sixth round was won by Prost. If a different driver or team wins the next race it will set a new record for most consecutive winners at the start of the season. Given Lotus and Sauber’s strong start to the year, it is not out of the question.

We have now had seven different winners in the last seven races, including Lewis Hamilton’s win in Abu Dhabi and Mark Webber’s in Brazil at the end of last season.

The record for most consecutive different winners is nine. Here are the longest streaks:

Romain Grosjean set fastest lap for the first time in his career. A different driver has set fastest lap in every race this year including both Lotus drivers, although neither of them have won a race.

His team mate Kimi Raikkonen led a race for the first time since his comeback – the last time he led was at Monza in 2009.

Mark Webber’s run of four consecutive fourth-place finishes came to an end. He also failed to score for the first time in ten races.

Without penalties, Hamilton would have started every race from the front row so far. A gearbox change penalty dropped him to seventh in China, and his exclusion from qualifying this weekend left him last on the grid.

Spotted any other interesting stats and facts from the Spanish Grand Prix? Share them in the comments.