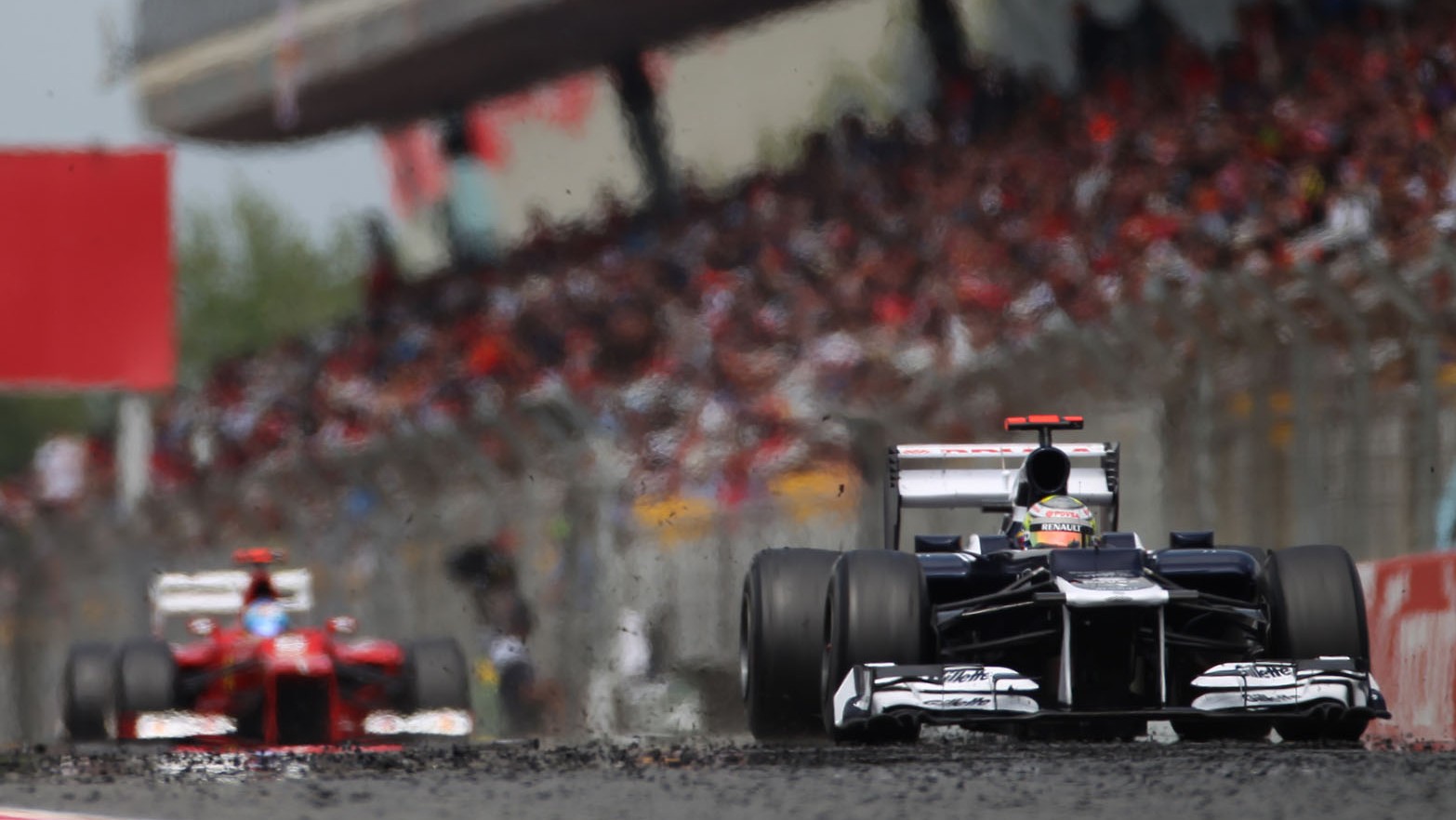 A selection of ten of the best pictures from the Spanish Grand Prix weekend. All eyes were on Ferrari at the beginning of the weekend as their updated F2012 took to the track.

The initial signs were good: Fernando Alonso was quickest in first practice by almost four-tenths of a second having been eight-tenths or more off the pace in every previous FP1 session this year. The American logged 25 laps in the CT01 on Friday morning. The weekend before he had raced for Caterham’s Formula Renault 3.5 team at another Spanish track, Motorland Aragon, taking a best finish of fifth. McLaren paid the price for instructing Lewis Hamilton to stop on the track after qualifying after he had low on fuel – the stewards sent him to the back of the grid.

After the race McLaren revealed they had become aware of Hamilton’s fuel situation after he had begun his qualifying lap. Team principal Martin Whitmarsh conceded the correct course of action would have been to tell Hamilton to abandon his qualifying effort. Hamilton’s penalty handed pole position to Pastor Maldonado. But for the second year in a row it was Alonso who led into the first corner. Kimi Raikkonen finished on the podium for the second race in a row.

Although the crowd on the bank in the foreground looks substantial, the dearer grandstand seats in the background have only a smattering of spectators. Attendance continued to fall at the race due to Spain’s economic troubles. Both Red Bull drivers had to change their front wings during the race due to damage. Mark Webber finished out of the points for the first time this year in 11th. An early second pit stop for Maldonado allowed him to claim the lead back from Alonso. The Ferrari driver gave chase, but it was in vain, Maldonado edging clear in the final stint to win by three seconds. The Mercedes gave its tyres a hard time in the final stint and Rosberg fell back into the clutch of Vettel, who demoted him for sixth place. Rosberg held on to seventh place, chased across the line by Hamilton. The man of the hour is raised aloft by two world champions at the end of the race.

36 comments on “Top ten pictures from the Spanish Grand Prix”