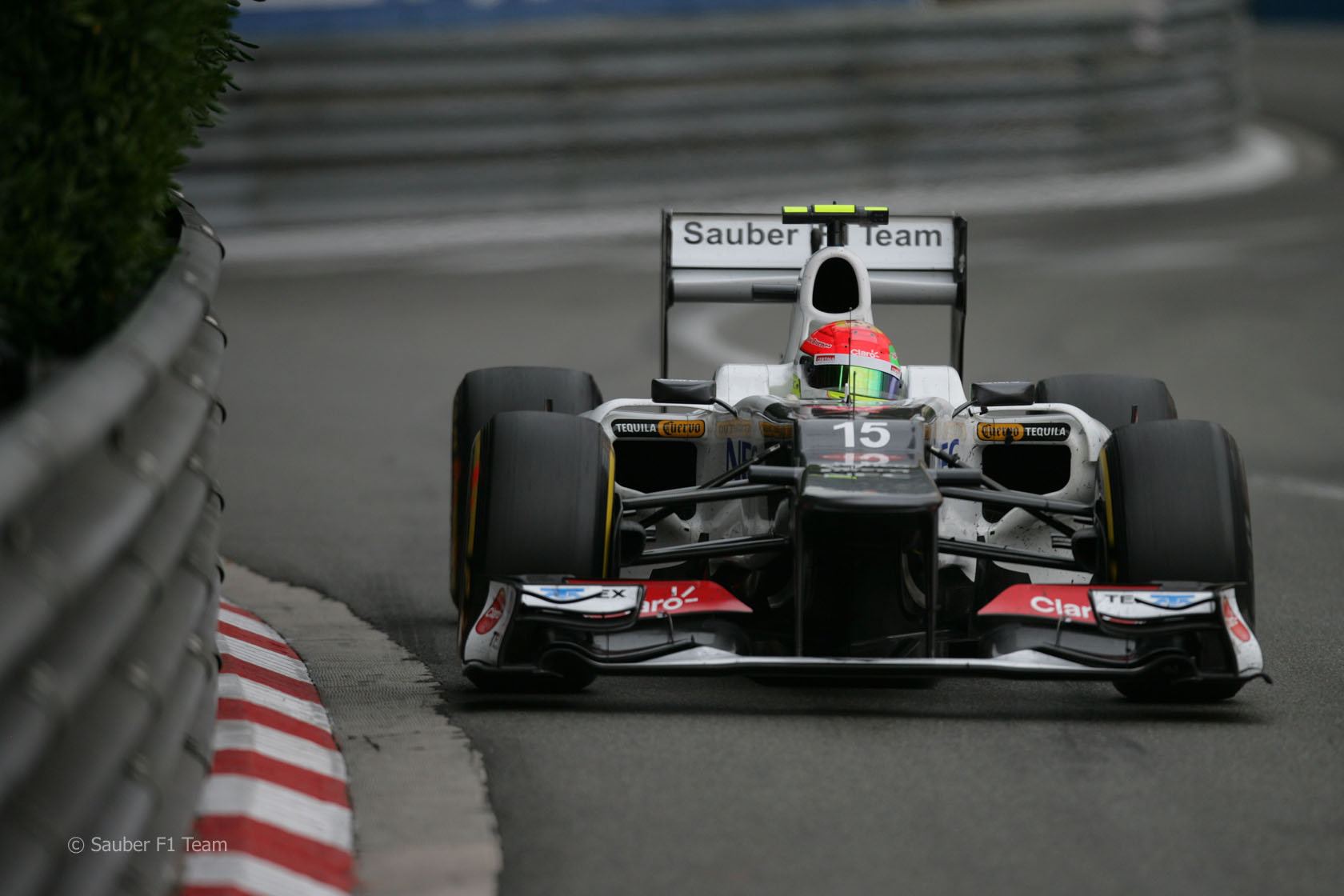 Sergio Perez became the sixth different driver to set fastest lap in as many races.

Jean-Eric Vergne did not have to make a second pit stop when he switched to intermediate tyres on lap 70 – he had already used both dry-weather compounds.

After the race he said, “with around 14 laps to the end, my tyres were completely gone and I had to come in for the intermediates”.

His lap times from this point looks quite good – no worse than his team mate’s. However, he did struggle more than others when the rain fell around lap 68-72.

Had the rain come down harder, his switch would have looked like an inspired gamble. Instead their attempt to make virtue out of necessity backfired. Sergio Perez became the sixth different driver to set fastest lap in as many races. The Sauber driver was over a second faster than anyone else.

This was partly a consequence of the drivers at the front conserving their tyres, usually because they were expecting a rain shower that only properly arrived after the chequered flag had fallen.