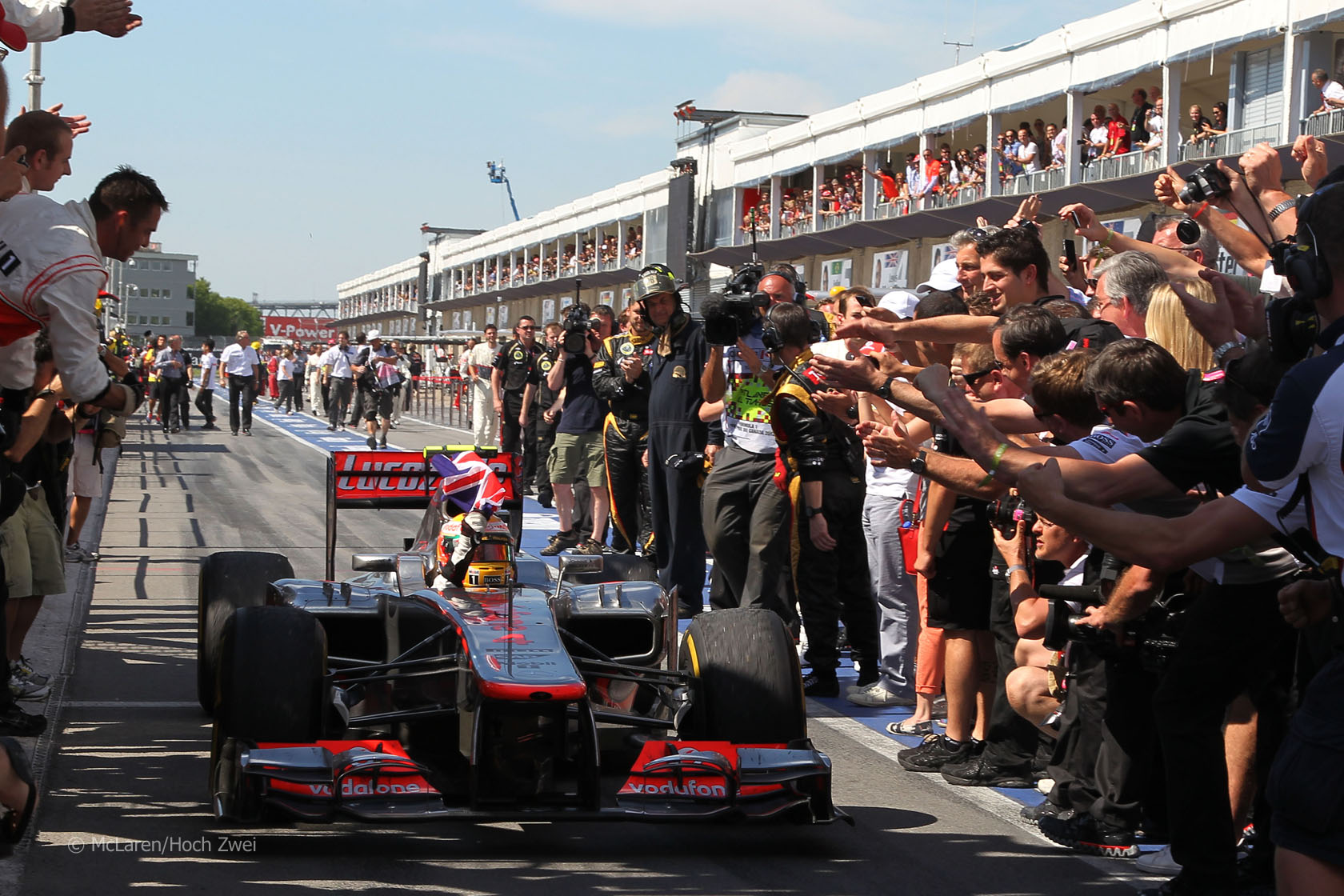 A collection of ten of the best pictures from the Canadian Grand Prix. Felipe Massa came into the Canadian Grand Prix weekend off the back of a strong result in Monaco and looking to build on it.

There’s been considerable speculation over his future at Ferrari. Ahead of the race Ferrari president Luca di Montezemolo said Ferrari development driver Sergio Perez (in the background) was too inexperienced to drive for the team.

In the race, Massa spun early on and Perez rose through the field to finish on the podium after overtaking Fernando Alonso. The skies darkened towards the end of the second practice session on Friday. Moments after it finished, an enormous thunderstorm soaked the circuit. Daniel Ricciardo continues to have things all is way in qualifying at Toro Rosso. He beat Jean-Eric Vergne by over a second, and has been over six-tenths of a second quicker than his team mate this year. Williams’ hopes of a strong weekend were dashed when Pastor Maldonado crashed at the end of Q2. After a penalty he started 22nd.

Force India mechanic Neil Dickie marks the 30th anniversary of Gilles Villeneuve’s death before the start of the race. Paul di Resta started well, and ran fifth after passing Nico Rosberg. But he slipped back in the middle stint and finished 11th. With seven laps to go Fernando Alonso held the lead but was powerless to resist Lewis Hamilton. The McLaren driver took the win while Alonso was also passed by Romain Grosjean, Sergio Perez and Sebastian Vettel. Hamilton is welcomed back in the pits after his first win of the year, and his third at the Circuit Gilles Villeneuve.