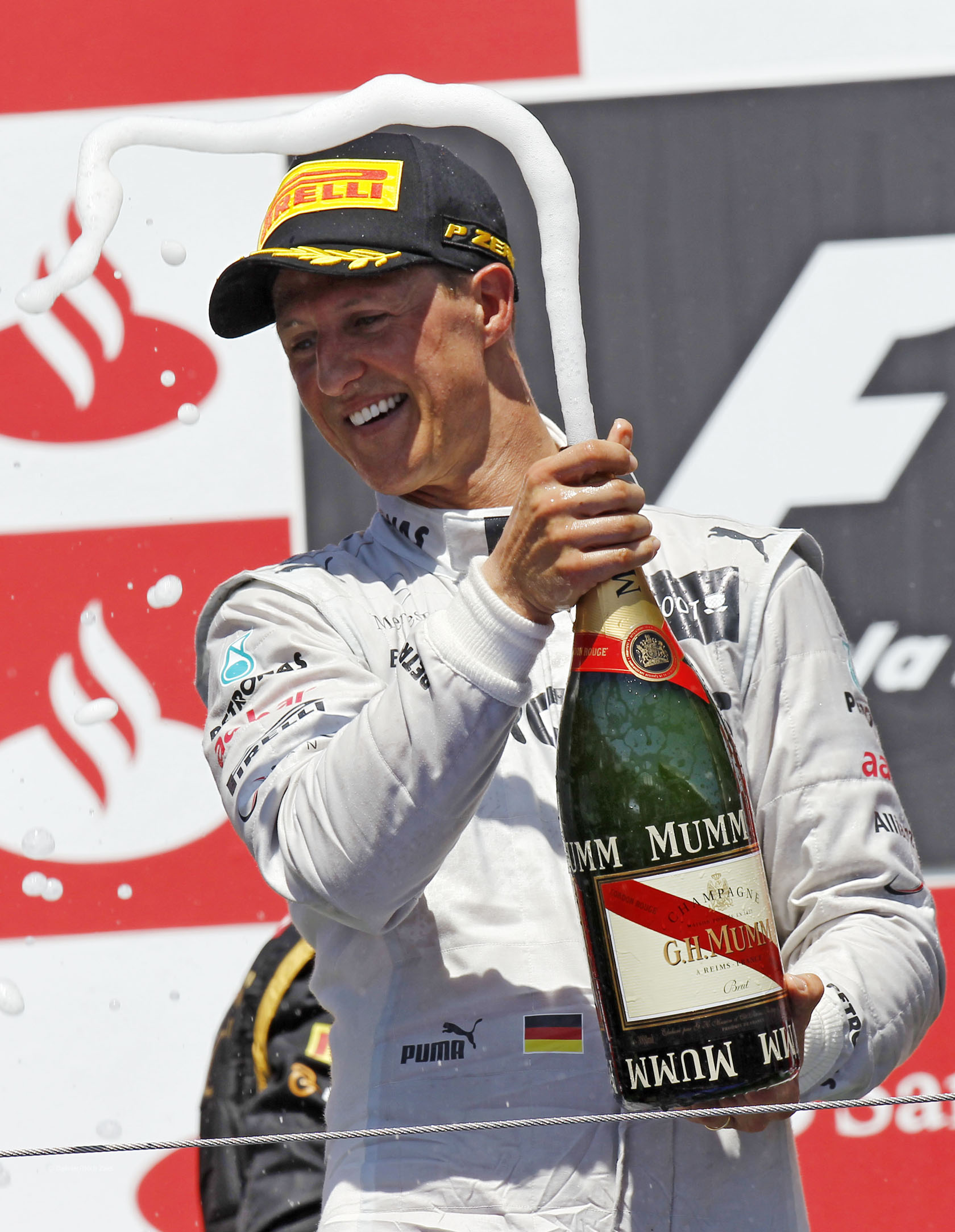 Fernando Alonso scored his 29th Grand Prix win in Valencia, consolidating his position as the fifth most successful driver ever in terms of race wins. He needs two more to match Nigel Mansell’s tally.

It was his second win on home ground, the other coming in the 2006 Spanish Grand Prix at the Circuit de Catalunya.

Alonso won from 11th on the grid. He has previously won from a lower grid position: 15th at Singapore in 2008, though we all remember the particular circumstances of that race.

20 races in the points for Alonso

Lewis Hamilton’s ejection from the race at the hands of Pastor Maldonado leaves Alonso as the only driver to have scored points in every race this year.

Alonso has now scored in the last 20 races in a row, a streak which began at last year’s European Grand Prix. He is four races away from equalling the record set by Schumacher, who finished in the points for 24 races in a row between the 2001 Hungarian and 2003 Malaysian Grand Prix.

So we’re not really comparing apples with apples here. Nonetheless, Alonso’s consistency is highly impressive, and the cornerstone of his championship bid.

Sebastian Vettel claimed the 33rd pole position of his career, equalling the tallies of F1 greats Jim Clark and Alain Prost. Clark’s 33 pole positions stood as the record from 1968 to 1989, when Ayrton Senna beat it at that year’s United States Grand Prix.

For comparison, Clark set his 33 poles in a 72-race career, Prost started 199 races, Vettel 89. Vettel’s strike-rate is therefore much closer to Clark’s.

Only Senna (65) and Michael Schumacher (68) have set more pole positions in F1 history than Vettel.

Vettel led the first half of the race comfortably before retiring. He has now led the most laps of anyone this year – 119, followed by Alonso on 108. Following the race a stewards’ investigation raised the possibility that Schumacher might be stripped of his first podium finish since his comeback. Fortunately for him, nothing came of it.

He therefore kept the 155th podium finish of his career. His last came in the 2006 Chinese Grand Prix, which he won, 100 races ago. However, Schumacher only started 48 of those.

Schumacher is the 11th different driver to finish on the podium this year – four more than there were in the whole of last season.

At 43 years and 173 days old, Schumacher was the oldest driver to step onto an F1 podium since Jack Brabham finished second in the 1970 British Grand Prix.

Two races prior to that Brabham poked fun at those urging him to retire by showing up on the grid wearing a false beard and resting on a cane. I think we need to see some similar antics from Schumacher…

Nico Rosberg set the fastest lap for the third time in his career – the last time he did so was in the 2009 Australian Grand Prix.

He now has as many fastest laps as father Keke, as well as Jochen Rindt, Tony Brooks, Bruce McLaren, Jean-Pierre Jarier, Chris Amon, Richie Ginther and (including the Indianapolis 500) Bill Vukovich.

It was Rosberg’s first fastest lap for Mercedes, and their tenth of all time. This was the first time the modern Mercedes team had set a fastest lap – their last was achieved by Stirling Moss at Monza in 1955.

Maldonado collected his fifth penalty of the year. This was his second for a driving infringement, the other three were for gearbox changes. He’s already had as many penalties as last year, and just one fewer than the record of six set by Hamilton last season.

Alonso, Rosberg and Kimi Raikkonen are now the only drivers to have completed all 498 racing laps this year. The other Lotus of Romain Grosjean has covered the least: 293.

Spotted any other interesting stats and facts from the European Grand Prix? Share them in the comments.

99 comments on “Schumacher is oldest driver on podium since 1970”