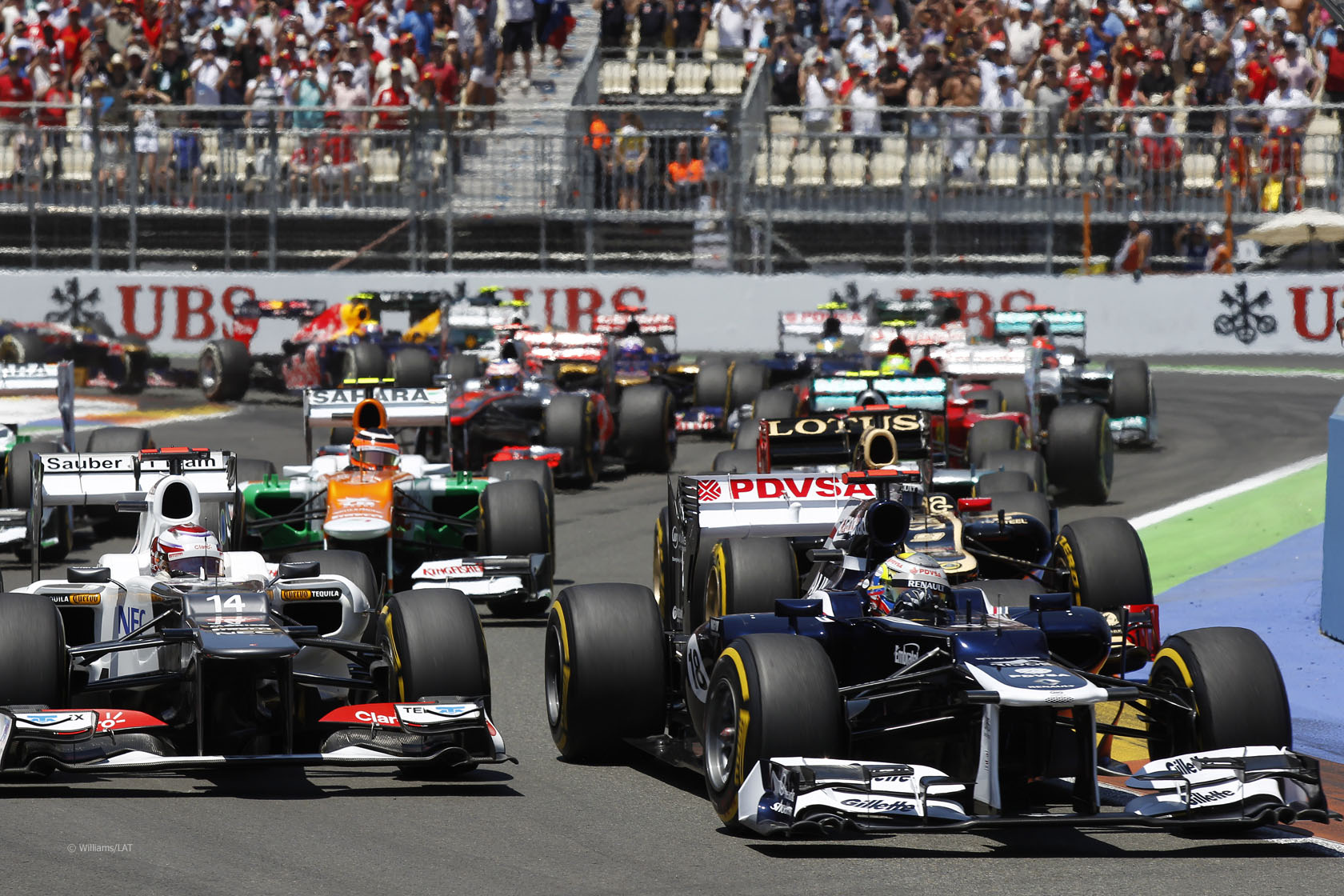 The first four races at the Valencia street track gave little cause for optimism about how good this year’s would be. They all ranked inside the bottom 15 races since F1 Fanatic’s ‘Rate the Race’ began in 2008.

But last week’s race, which saw Fernando Alonso clinch victory having started 11th, was rated the best of the year so far and the third-best so far.

Its average score of 8.784 is only behind last year’s Canadian and Chinese Grands Prix.

The race also saw Michael Schumacher make a late surge to claim his first podium since 2006, followed home by Mark Webber who had started 19th.

Here’s what F1 Fanatic readers had to say about the European Grand Prix – amid much surprise at just how good the race had been:

I can’t believe I’m saying this about this circuit, but what a race! One of the best this year in my opinion.

Despite the boring first half with Vettel’s dominance, the racing back behind him kept it exciting.
Travis Humphery

I am not sure if this is real, but this was best race of the season. In a way, it seemed to combine old school races full of retirements with recent overtaking wave.

DRS spiced things up enough, but not too much to have the moves completed easily. Plus this podium is just so six years ago.
Overwatch

S.J.M also reflected on the quality of racing:

That race was everything that we all wanted to see, proper racing, great overtakes, heartaches and ultimate triumph.

It’s taken Spain so long to have such an exciting race as good as that and probably will take a long time to reproduce one. Great stuff and if it’s a prelude to Silverstone, then I can’t wait!
S.J.M

Smifaye put the excitement down to strategy and qualifying:

There was some great racing due to different strategies, and with people like Webber and Schumacher out of place it was great to watch them come through the pack.
Smifaye

And Damon pointed out not everyone has had the same view of the Valencia track in the past:

As a long time fan of the Valencia street circuit, I couldn?óÔé¼Ôäót be more happy with the race.

This track is beautiful and offers great overtaking opportunities. Now you all know it!
Damon

Alonso’s post-race celebration was appreciated by many:

Lots of incidents, passing, talking points, a home winner and finally one of the greatest F1 celebrations in recent years.
TommyB

And the scale of Schumacher’s achievement was not lost on Bibah ru:

What did you think of the European Grand Prix? Do you agree it was the best race of the year so far? Have your say in the comments.