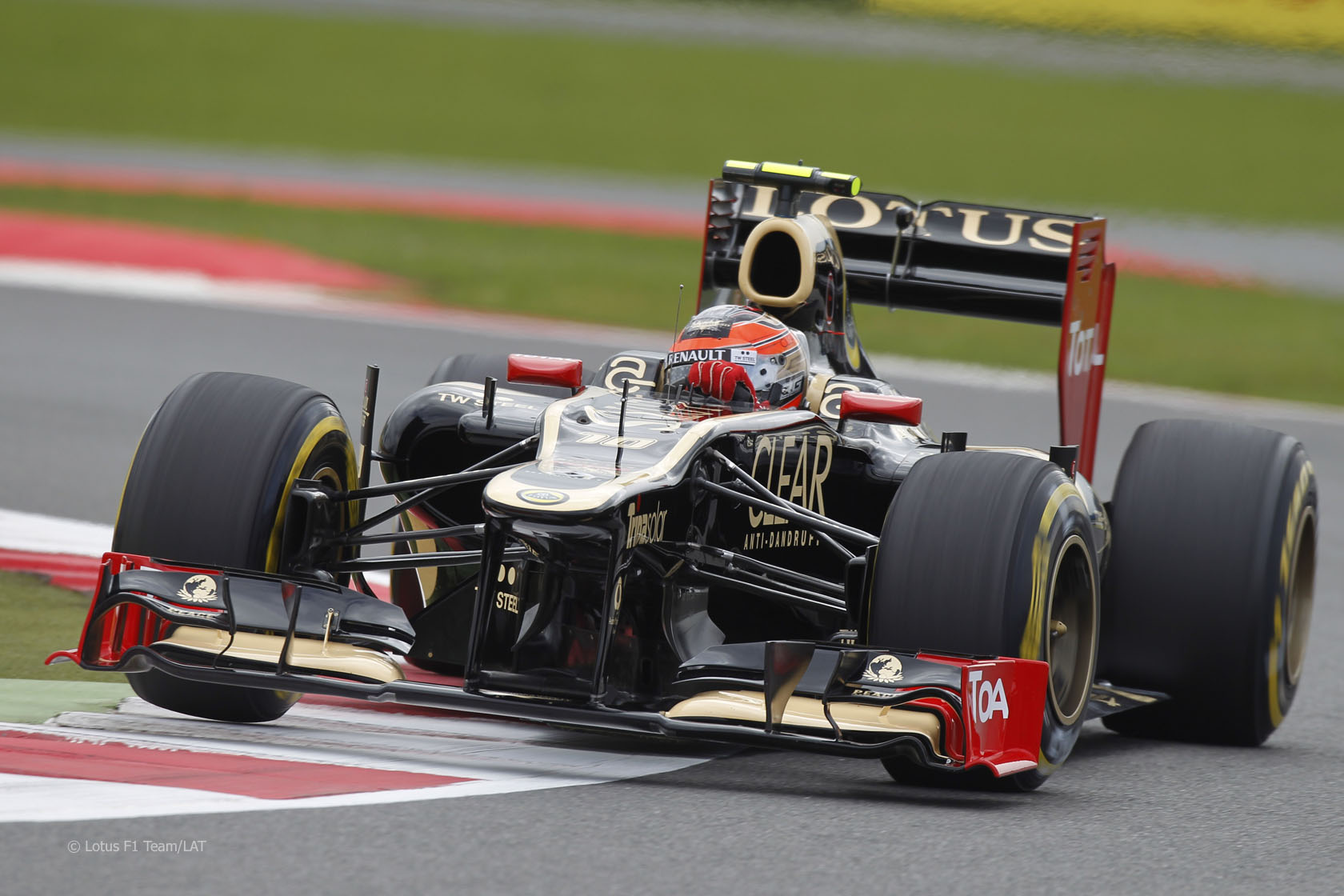 Romain Grosjean will have a five-place grid penalty for the German Grand Prix.

The Lotus driver suffered a gearbox problem on the final lap of the previous race at Silverstone.

Lotus technical director James Allison said: “It was a gearbox problem and we are very fortunate that Romain didn’t have the problem earlier in the race.

“Unfortunately for Romain it means he’ll take a five place grid penalty at Hockenheim, but he certainly showed at Silverstone that dropping down the order won’t stop him challenging at the sharp end.”

Grosjean also had a technical problem in the previous race, retiring from second in Valencia with an alternator failure. Allison confirmed the team had changed how they ran the car at Silverstone in order to alleviate the strain on the alternator.

48 comments on “Grosjean to get grid penalty in Germany”