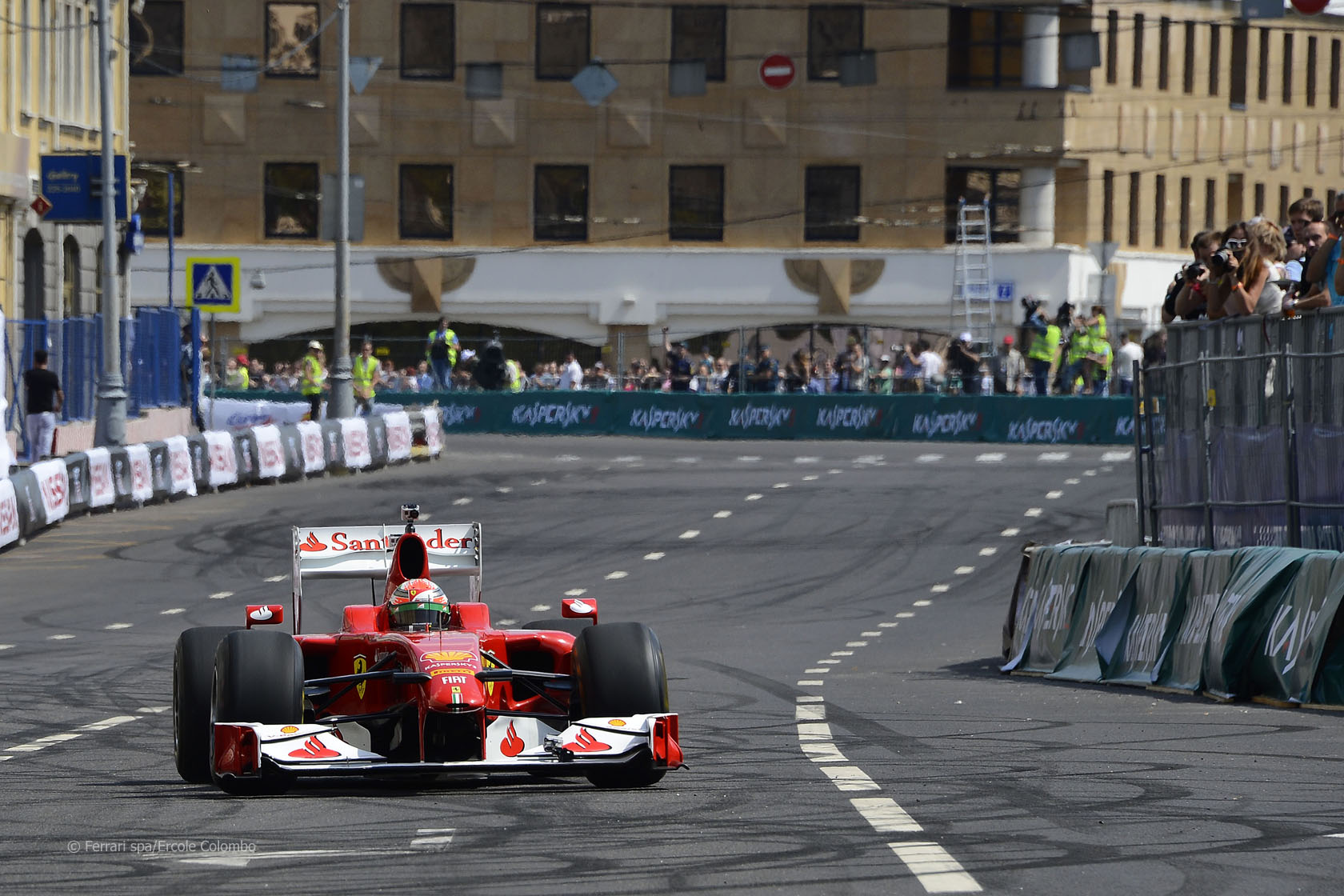 In the round-up: Giancarlo Fisichella does a demonstration run for Ferrari in Moscow.

The noise of the Reds on the streets of Moscow (Ferrari)

Giancarlo Fisichella: “You never get used to events like this. My second visit to Moscow with Ferrari was even more exciting than the first, maybe because last year, it was all new to me.”

“Aleshin took a veiled swipe at [Vitaly] Petrov , whose father is a prominent Russian businessman, saying success comes easier with a wealthy family: ‘It is easier for a person whose family can secure a place in Formula One,” he said. “The search for sponsors, if you don’t have a rich father, is something that accompanies you throughout the entire racing career.”

Servasedo raises a recurring complaint about how F1 has changed in recent years – and notes an improvement:

Personally the one thing that bothers me the most is the safety car being brought out for the lightest of drizzle patches. It goes against the whole idea of racing in general.

People pay to see these drivers race and see who can perform the best on a wet track, not to drive in a procession behind Bernd Maylander. Some of those races just kill the enthusiasm for the race.. it?óÔéĽÔäós times like that where I can sort of agree with those who say F1 is more boring than watching paint dry. I?óÔéĽÔäóm all for driver safety but sometimes let the drivers take a risk and race.

On a side note I?óÔéĽÔäód keep the points system the way it is now. There?óÔéĽÔäós no need to tamper with it any more.
Servasedo

James Hunt won the 1977 British Grand Prix at Silverstone. He started from pole position and fell to fourth, while John Watson took over the lead for Brabham.

Here’s highlights from the race:

Also, two years ago today I wrote this article about Romain Grosjean, arguing he deserved to get a second chance in F1 after his unsuccessful 2009 debut.

I’m pleased to see that, having returned to the top flight this year, he’s delivering on the potential he showed: