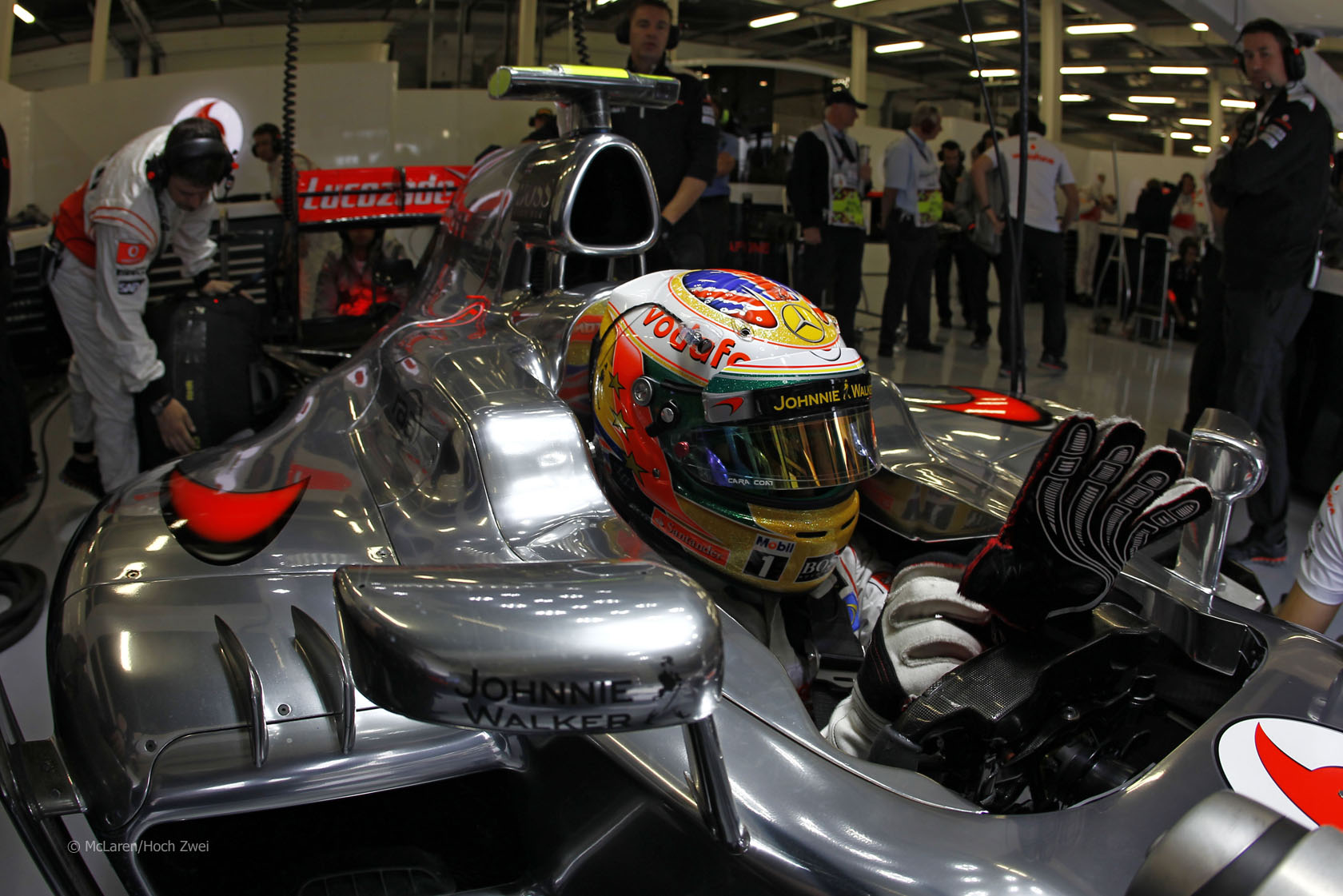 In the round-up: Lewis Hamilton says he could have achieved more in F1 so far.

“Asked if he felt he could have achieved more, Hamilton responded with a clear ‘yes’ during a media briefing at the circuit on Thursday. ‘But if I didn’t feel that, I wouldn’t be the driver that I am’.”

Sebastian Vettel: “I think it would be a real shame to lose Nurburgring as a race. Obviously we hope that the Nurburgring recovers quickly, it’s one of the most traditional races we have on the calendar so it would be a big loss, similar, for the Italians, to if we lost Monza for instance.”

“Anybody would like to drive for Ferrari at some point in their life for what they represent in Formula One. With Mercedes, I?óÔéĽÔäóve been part of that family for a long time. I want to be winning races and championships, that?óÔéĽÔäós the important thing, the ultimate goal.”

“The BRDC insists that Silverstone can survive without outside investment. But with some ?é?ú40million having been spent on redevelopment work needed to secure the British GP contract, Rolt admits the club would probably look to sell off land if a new partner does not come in over the next 12 months.”

Sam Michael: “We’re not even halfway through the season yet and everything is still open. We should be able to make a good step this weekend and we expect to be fighting at the front. That’s our target.”

We can catch up again – Button (ESPN)

“We haven’t got slower. it’s just that other people have found themselves or made good improvements. The first few races of the year I didn’t feel like teams like Lotus had it sorted and had it together, but now they’re looking very strong – the same as a few of the teams. But you’d have to say Ferrari and Red Bull have really stepped forward compared to everyone else and I think that’s just big updates.”

“You can always learn and I used to work with a coach, but I don’t feel that I need one today, but it can change week to week. At the moment we are pretty happy with the way everything is going.”

“The race is at Hockenheim this year and, to be honest, I much prefer the Nurburgring. The old Hockenheim was a really cracking circuit; it was a flat-out blast through the forest and every time I brake for Turn 2 on the new track I wish we continued in a straight line, on the route of the old circuit.”

“Q: Does such a normal person have his own Formula One hero?
MW: Alain Prost.”

“Drivers in the press conference asked if they’ve been to the Jim Clark memorial. Mark Webber says he did when he was in F3000. ”

Thanks to Bullfrog for the tip.

“Researchers claim the key to success lies in hiring so-called ?óÔéĽ?Łexpert leaders?óÔéĽÔäó ?óÔéĽÔÇŁ individuals who have built up years of experience within the sport ?óÔéĽÔÇŁ rather than chiefs who are merely general managers and were not weaned on the passion it engenders.”

“As from next season ?óÔéĽÔÇŁ with a preview of it at this year?óÔéĽÔäós German Grand Prix ?óÔéĽÔÇŁ the German company?óÔéĽÔäós logo will be appear on the rear wing end plates of the Scuderia?óÔéĽÔäós cars.”

Monaco on a Budget (The Little Backpacker)

“The vibe is brilliant with a truly eclectic mix of nationalities represented by passionate fans, all there to have an amazing weekend. Particularly good for this was Secteur Rocher, the deceptively steep rocky outcrop which overlooks Anthony Noghes corner where we spent qualifying (only in Monaco is a mountainside a legitimate seating position).”

There was a lot of criticism yesterday of the positioning of the DRS zone for this weekend’s race:

Why on earth? You don?óÔéĽÔäót need it there. It?óÔéĽÔäós been the location of some great overtakes and this will just ruin them.

If you?óÔéĽÔäóre really bent on having a DRS zone on this track, either do it on the start straight or between one and two, which would help setting up an overtake on the straight after two in a more reasonable way.

But in my honest opinion you just don?óÔéĽÔäót need DRS on this track (or any track for that matter).
Mbrio

Should DRS be used at every circuit in 2012? Which venues need DRS zones? Have your say here:

Lewis Hamilton won the 2008 German Grand Prix at the Hockenheimring.

He was left with work to do after not pitting during a late safety car period. After pitting on lap 50 he passed team mate Heikki Kovalainen followed by Felipe Massa and surprise leader Nelson Piquet Jnr to win. The latter took the sole podium finish of his F1 career.

49 comments on “Hamilton admits missed chances ahead of 100th race”