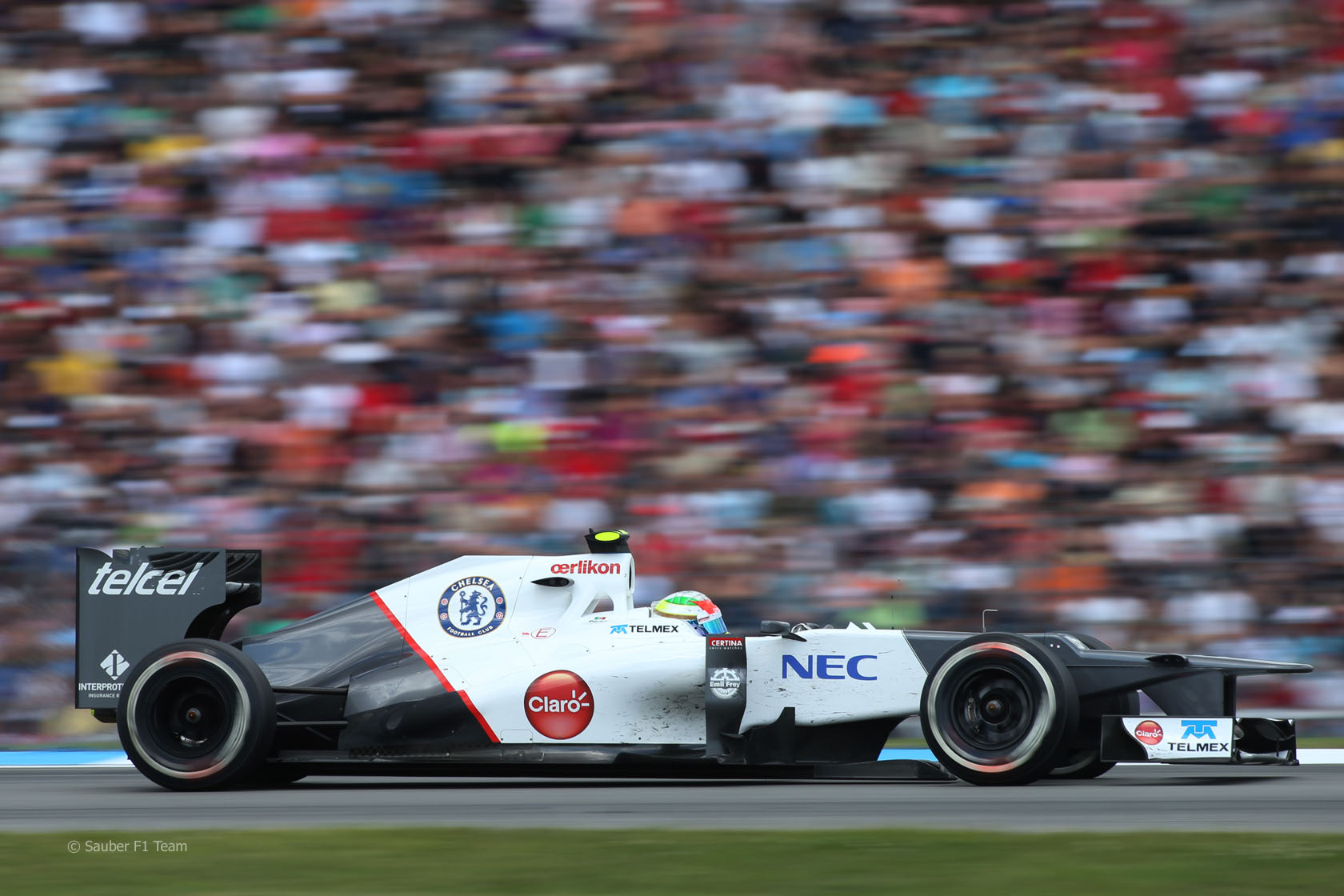 Delays due to damage was the story of the day for many drivers, particularly those trying to make progress from starting near the back. It was a race of mixed fortunes for those who started near the rear of the field. Sergio Perez was particularly impressive on his way from 17th to sixth, passing a string of cars in the opening laps as the lap chart above shows.

Gaining 11 places was good but he might have finished even higher. His first stint was shortened after he picked up damage: “My strategy was a little bit compromised because I had to do my first pit stop a bit earlier than planned,” he explained.

“I felt something strange on the left hand side of the car – perhaps it was a puncture – but I don?óÔéĽÔäót?óÔéĽÔäó really know yet what it was. This obviously meant we had to extend the later stint and I ended up with quite old tyres.”

Another driver who lost time with damage was Romain Grosjean: “Romain was compromised by his first lap incident which severely damaged his floor, losing him a lot of downforce,” said Lotus’s director of trackside operations Alan Permane.

Nico Rosberg salvaged a point after starting 21st. Both Mercedes drivers used three-stop strategies but weren’t able to make as much progress in the final stint as they hoped.

Quite a few drivers blamed debris for their problems during the race. Another was Pastor Maldonado as chief operations engineer Mark Gillan explained: “We had a difficult day today with both cars races being compromised by damage.

“Pastor had good pace at the start of the race but on lap 12 he ran over debris that was lying in the middle of the track. The debris substantially damaged the left hand side of his car which lost him a significant amount of down force and ruined his race.”

Maldonado’s struggles from lap 12 on can be seen in the graphs above.