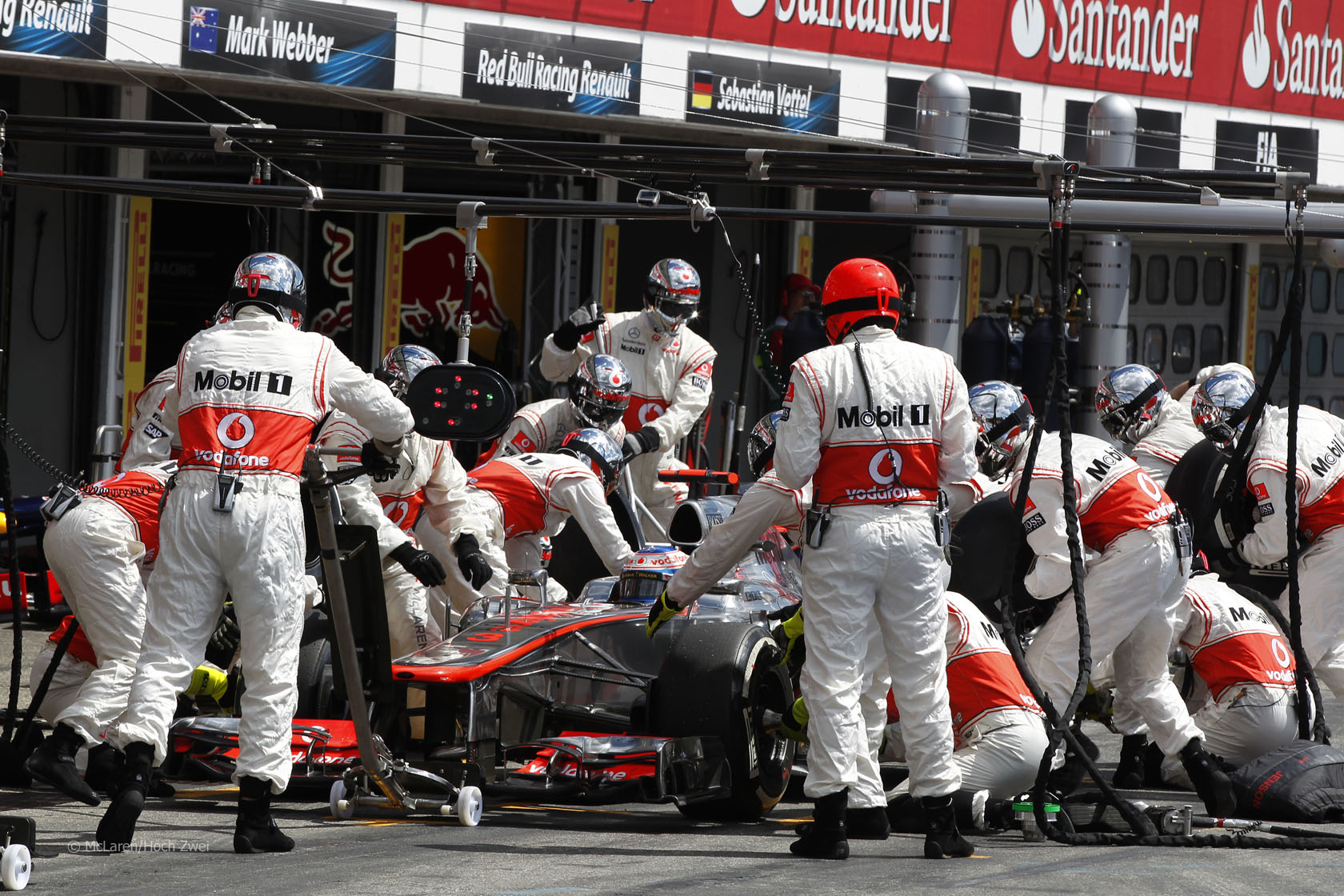 McLaren serviced Jenson Button’s car in a record-breaking 2.31 seconds to help him move ahead of Sebastian Vettel.

With little to choose between the tyres on performance and the medium compound offering better durability, most teams opted to start on the softs but spend most of the race on the mediums.

Kimi Raikkonen was one of the drivers to buck the trend, running softs in the middle part of the race. He used their early grip to pass Nico Hulkenberg and Michael Schumacher, but shortly after clearing the Mercedes his lap times dropped off and he dropped back quickly from Button ahead of him, losing up to a second per lap.

Some of those who found themselves unable to get through the race with two stops, such as the Mercedes pair and Nico Hulkenberg, incorporated another stint in the softs later on in the hope they might find a bit more performance.

The other Force India of Paul di Resta might have three-stopped but he admitted on Twitter there had been “slight confusion at the first stop with which tyres we wanted” and they “changed strategy”. During Button’s final pit stop McLaren whisked his wheels off and replaced them in in just 2.31 seconds – a new record time. It further underlines the progress they have made from earlier in the season when they made a series of costly mistakes in the pits.

That was one second less than Vettel’s corresponding stop, despite Red Bull producing the eighth-quickest complete pit stop of the race on that occasion.

That combined with a rapid out-lap from Button allowed him to take second off Vettel and go after Alonso.