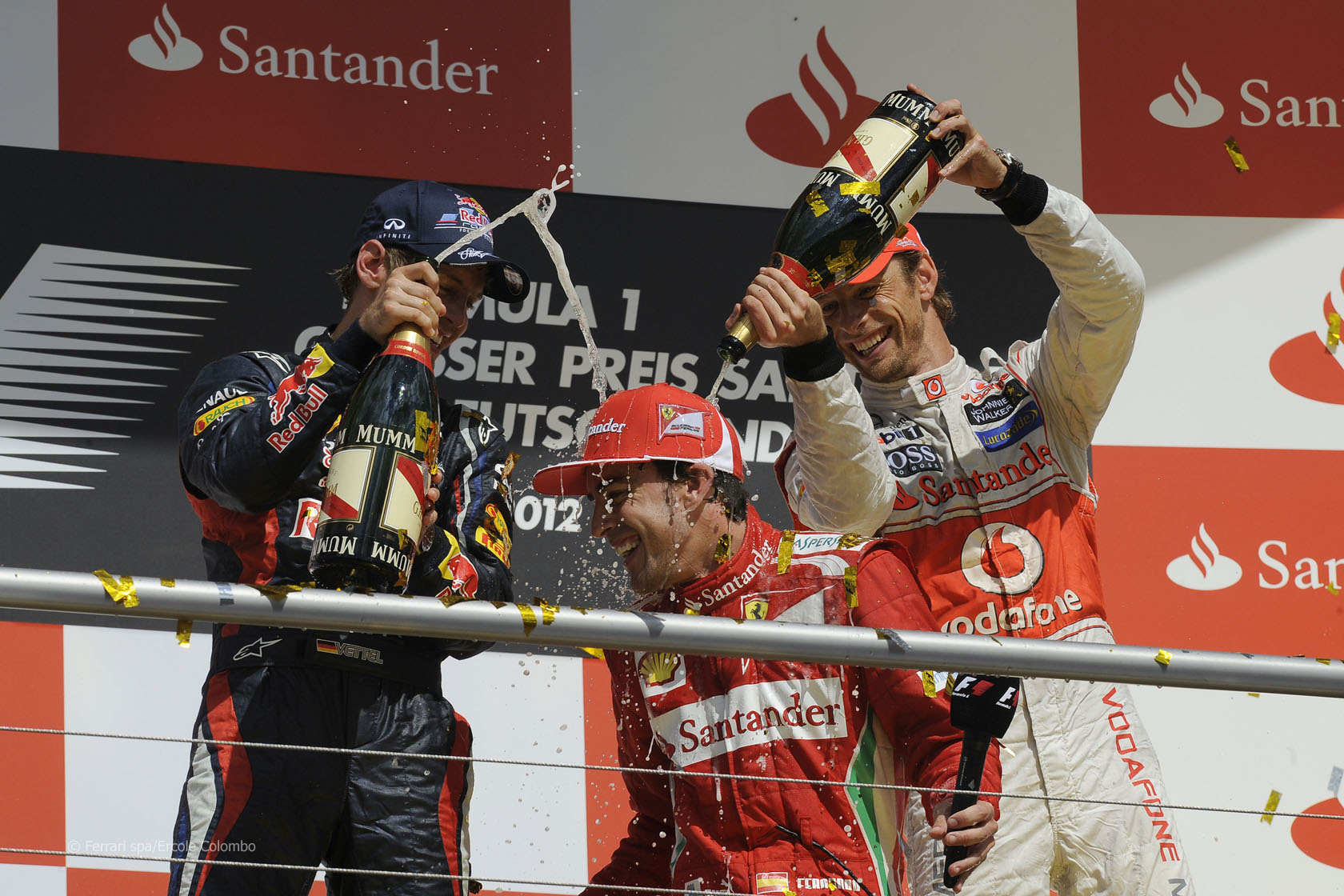 No-one matched Ionutf1fanatic’s score in the German Grand Prix round of the Predictions Championship.

Their winning haul of 19 points earns them an eBook of the 1973 Autocourse annual.

Three players tied for second place on 17 points, but the wet qualifying session meant the pole position time time-breaker wasn’t quite as close as usual.

Journeyer claimed the second-place prize of a Grand Prix Heroes DVD on the pole position time tie-breaker ahead of Czhihong, who wins an F1 poster from PJ Tierney. Mateuss also tied on 17 points.

Chrissylyn retains a 16-point lead in the championship standings with a total of 92 so far. But with ten races left to go there is still a maximum of 500 points to be won.

Fernando Alonso was the narrow favourite to win with 30.3% of players picking the Ferrari driver – just three more than those who went for Sebastian Vettel. Vettel was the favourite to take pole position, picked by nearly 40% of players.

Here are the five highest-scoring predictions for the last race:

17 comments on “Clear win for Ionutf1fanatic in Predictions Championship”