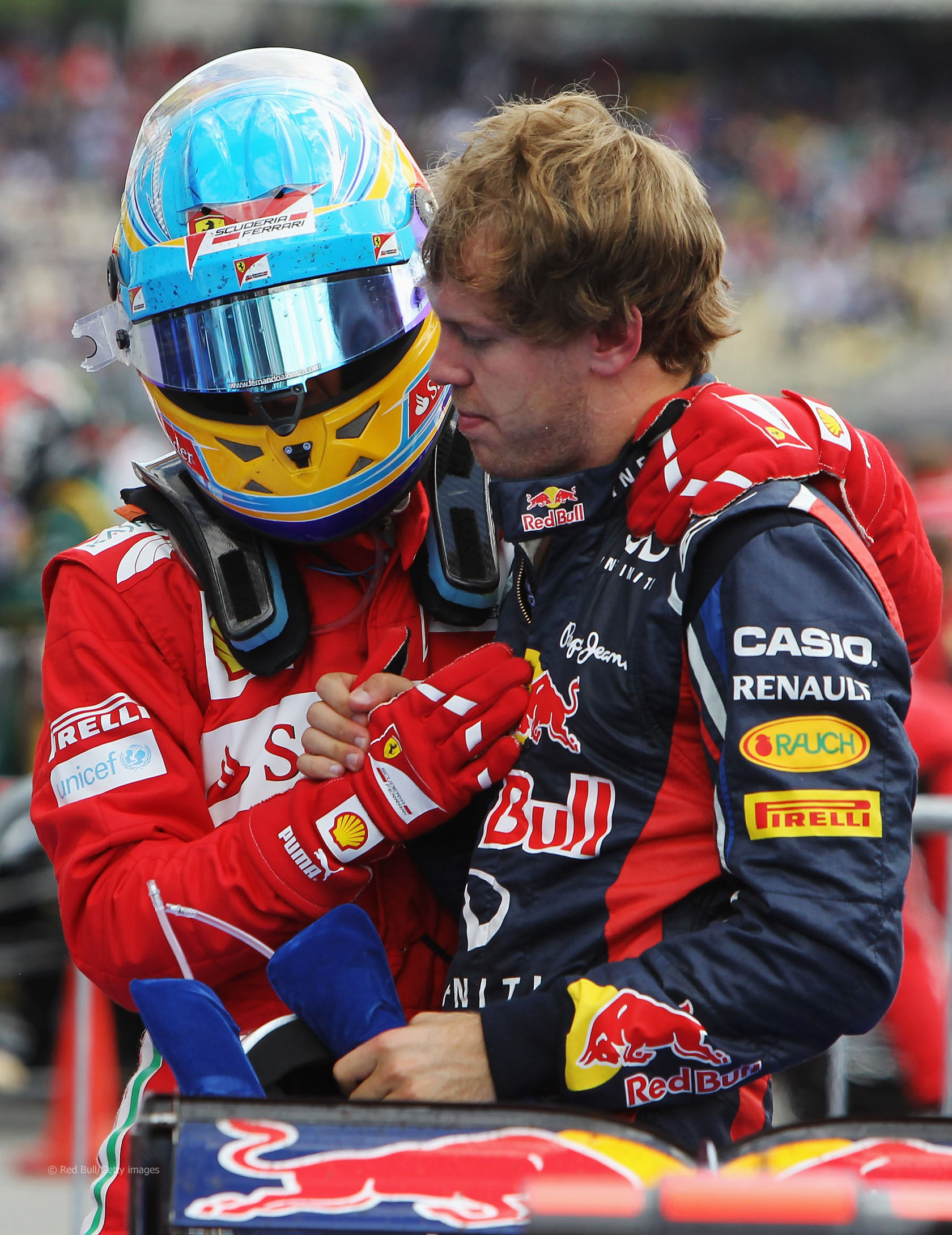 Ten of the best pictures which tell the story of the German Grand Prix. Friday did not start well for Bruno Senna. He missed the drier first practice session as Valtteri Bottas was in the car.

Worse, the test driver backed his FW34 into the barrier in the Motodrom section. The Williams mechanics had it repaired in time for the second session, but by then the rain had begun to fall. Senna was the first driver out on the very wet track to check over his repaired car. McLaren brought an extensively upgraded MP4-27 to the tenth race of the season. Jenson Button was fastest in it on Friday but in the Saturday morning session he missed out on a chance to set a quick time on low fuel as the rain returned.

He ended that session slowest, but the work he’d done on race stints stood him in good stead for the race. Michael Schumacher passes one of the vast grandstands at his and Mercedes’ home race.

His weekend got off to a less than ideal start when he crashed his Mercedes at turn 12 during the second practice session on Friday. He then had a scare in qualifying when he only just scraped through into Q2 by beating Jean-Eric Vergne.

But when the rain returned later in qualifying he found his form and set the fourth-quickest time. A disappointed Felipe Massa trudges back to the Ferrari pit during qualifying. He went off during his first effort as the rain came down in Q2, and missed a shot at qualifying in the top ten. Sebastian Vettel had to give best to Fernando Alonso in qualifying for his home race. Although his wet tyres look fresh in this picture, Alonso’s were in even better condition as he’d put on a new set during Q3 to gain better grip and beat Vettel to pole. Before the race Lewis Hamilton Tweeted this picture of himself with Karthikeyan, Massa, Alonso and Senna during the drivers’ parade.

Hamilton’s 100th race did not go well – he picked up a puncture on lap two and his race never recovered from there. As the field streams out of turn one Massa has already lost his front wing hitting Daniel Ricciardo’s Toro Rosso. Behind him are Romain Grosjean and Senna, who are about to get tangled up with Massa and pick up damage which will spoil their races too. Vettel had plenty of support at home but he wasn’t able to repay it in the way he would have wanted. He snatched second place from Button on the penultimate lap but a few hours later the stewards decided the pass was illegal and relegated him to fifth place. On his way back to the pits Vettel told his team he’d “fought like a lion” but was unable to catch and pass Alonso.

As the top three arrived back in the pits Alonso asked Button “You couldn’t beat me?”, referring to the DRS zone, then pointed to Vettel and added “same with him”.