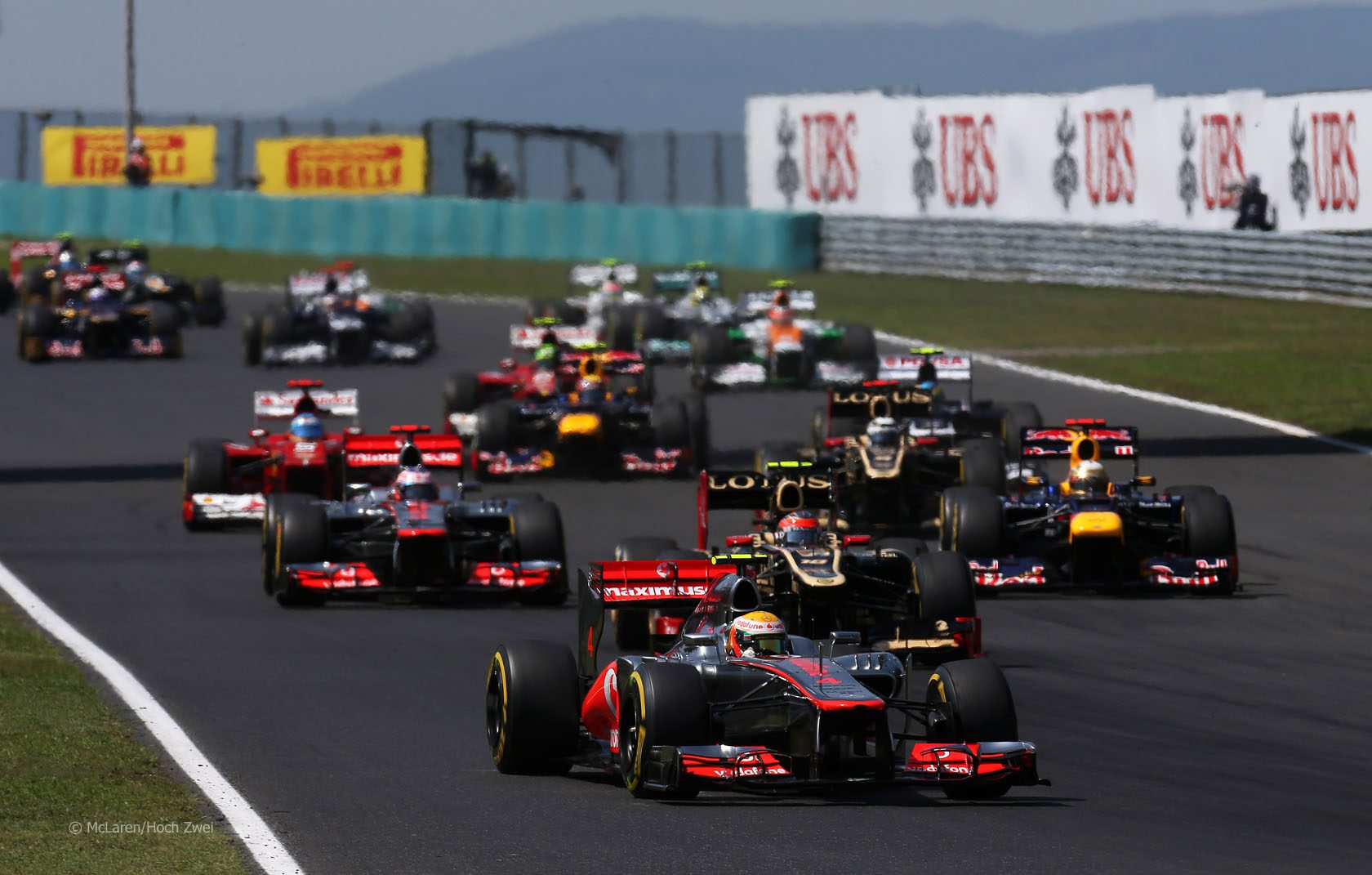 Lewis Hamilton took his second victory of the season at the Hungarian Grand Prix, after successfully fending off the two Lotus cars.

The race was rated 5.975 out of ten, leaving it second from bottom in this year’s ratings, while it was the worst Hungarian race since F1 Fanatic records began.

The nature of the track made for a strategic race with few overtakes. It left some fans wishing Friday’s rain had made a return.

Most F1 Fanatic readers agreed it was a less than thrilling race:

That was an awfully boring race. The combination of a restrictive track, cars unable to follow well in turbulent air and the teams getting a hold of the Pirelli tyres meant that the race was no more than a strategy simulation for most of the teams.

The only things that felt remotely exciting were Schumacher’s bad start, Raikkonen and Grosjean fighting at the pit exit, and Maldonado’s incident with Di Resta.
PJ

The race had potential had the Pirellis degraded more – just imagine the epic Hamilton-Raikkonen battle we might have had if the rear tyres had gone off.

But with most battles it quickly became clear that you can’t follow close enough through the last few corners to overtake down the main straight.
KaIIe

Quite a procession. I thought the mixed strategies at the end would’ve mixed things up but there still wasn’t much overtaking or many battles.
Driftin

However others appreciated the tension that a strategic race provides:

It was a very tense and tactical, if uneventful race. I liked how the various strategies ended up playing out, and how the different drivers/teams coped with the race as it unfolded.
Hallard

The result did mean the race for the championship got a little more interesting:

I was pretty happy with the result as it was good for the championship with Hamilton, Raikkonen, Grosjean and Vettel closing the gap but apart from that there wasn’t too much to take away from it.
Smifaye

The race did produce one of the more memorable team radio clips of the year so far with Sebastian Vettel urging his team to “do something” as he remained stuck behind Jenson Button:

Listening to the teams’ radios was more interesting than watching the driving. This race needed rain.
Funkyf1

The debate over the new podium set-up continued. After F1 champions Jackie Stewart and Niki Lauda conducted the interviews in the last two races, there was criticism of the decision to let Spanish opera singer Placido Domingo wield the microphone in Hungary:

The race gets an instant one [out of ten] for sending Placido Domingo to do the post race interviews!

Of course it?óÔéĽÔäós a joke, but what was the idea, really? He?óÔéĽÔäós not Hungarian, nor a F1 guy. Not sure he?óÔéĽÔäós even a petrolhead. […]

They could?óÔéĽÔäóve got Allan McNish up there. Or David Coulthard. Or Damon Hill. Or Martin Brundle. Or Johnny Herbert. Even Zsolt Baumgartner!
Fer no. 65

Doing it on the podium with someone of interest makes sense for the fans at the track, and doesn’t rob the TV viewer of anything other than a cut from camera as the drivers trek pointlessly off to a poky back room somewhere to be asked asinine questions.
Hairs

What did you think of the Hungarian Grand Prix? Did it deserve its low rating? Have your say in the comments.