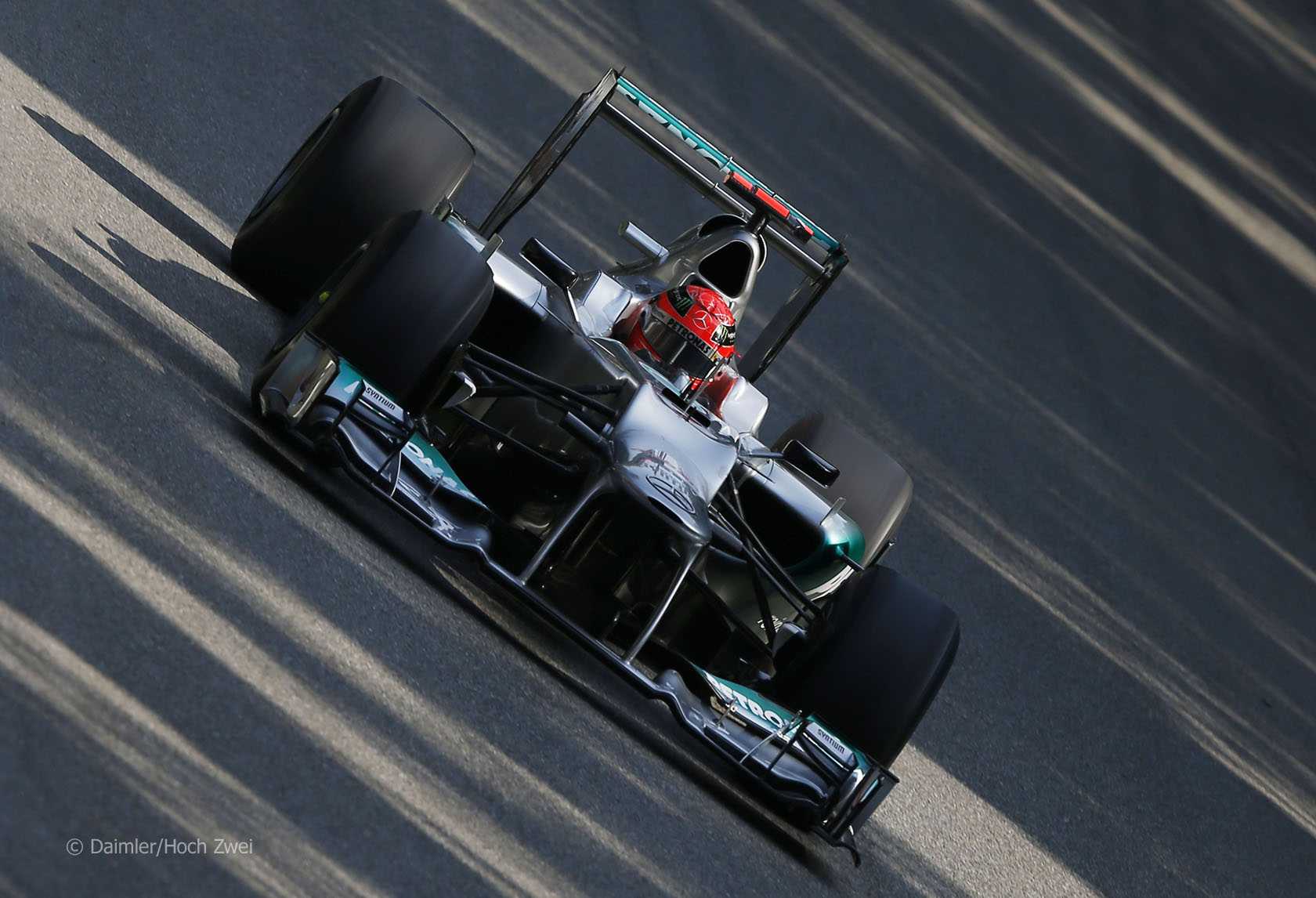 Amid intense speculation about whether Lewis Hamilton might be about to join Mercedes, Michael Schumacher put the team on top of the times in the first practice session at Monza.

Schumacher comfortably eclipsed the fastest times of the session with a best of 1’25.422. Jenson Button came closest with a 1’25.723, while Nico Rosberg completed a Mercedes-powered top three.

Behind them were the two Ferraris of Fernando Alonso and Felipe Massa, followed by Hamilton.

Kimi Raikkonen began his session bouncing across the kerbs at turn one. He improved to set the seventh-fastest time for Lotus, but ended the session after an even more spectacular trip across the kerbs, flying into the air at the Roggia chicane.

Two drivers stopped with apparent technical problems at the end of the session: Alonso pulling over at the first chicane and Pastor Maldonado doing the same on the approach to Lesmo 1. The Williams driver inspected the rear of his car, its DRS still open, as he left the scene.

Chinese driver Ma Qing Hua made his first F1 appearance in the session for HRT. He propped up the times sheets with a 1’31.239, 1.9s slower than team mate Pedro de la Rosa.