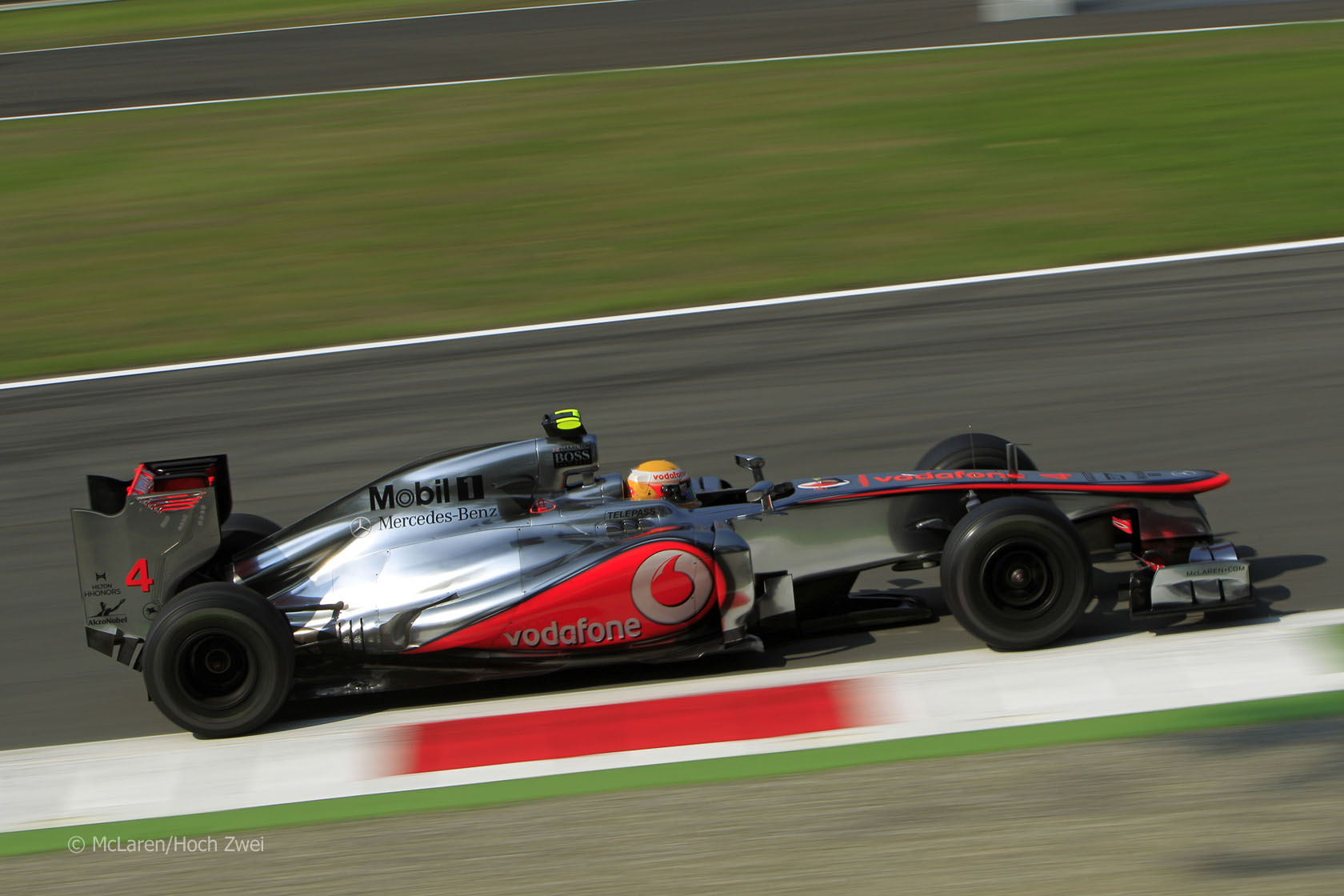 Lewis Hamilton stayed on top in the final practice session at Monza.

But the gap between him and Fernando Alonso was a mere one thousandth of a second.

McLaren led the way to begin with in the session, Hamilton setting a 1’24.687 to eclipse the quickest time seen on Friday – which he also set – by six tenths of a second. Jenson Button backed him up in second, half a second off his team mate’s time.

Following their installation laps the Ferrari drivers stayed in the pits until halfway through the session. Alonso moved up to second-quickest when he joined the track, then edged Hamilton’s time by 0.055s after using the slipstream from his team mate on the run from Lesmo 2 to Ascari.

As was the case yesterday drivers made only small improvements after switching to the medium tyres. Alonso found five-hundredths of a second to increase his margin at the top of the times.

But Hamilton edged the Ferrari by one-thousandth of a second to take the fastest time back.

Paul di Resta put his Force India third on the timing sheets. He was followed by the second Ferrari of Massa, who lost some time with a mistake at Parabolica on his quickest lap.

Several drivers had KERS problems during the session: Michael Schumacher lost his entirely early on, Kimi Raikkonen was told “no KERS” as well and Mark Webber reported a loss of KERS during one of his laps.

The other Red Bull had problems too – Sebastian Vettel came to a stop at the Roggia chicane two minutes before the end of the session, reporting a battery problem.

26 comments on “Hamilton leads Alonso by tiny margin at Monza”