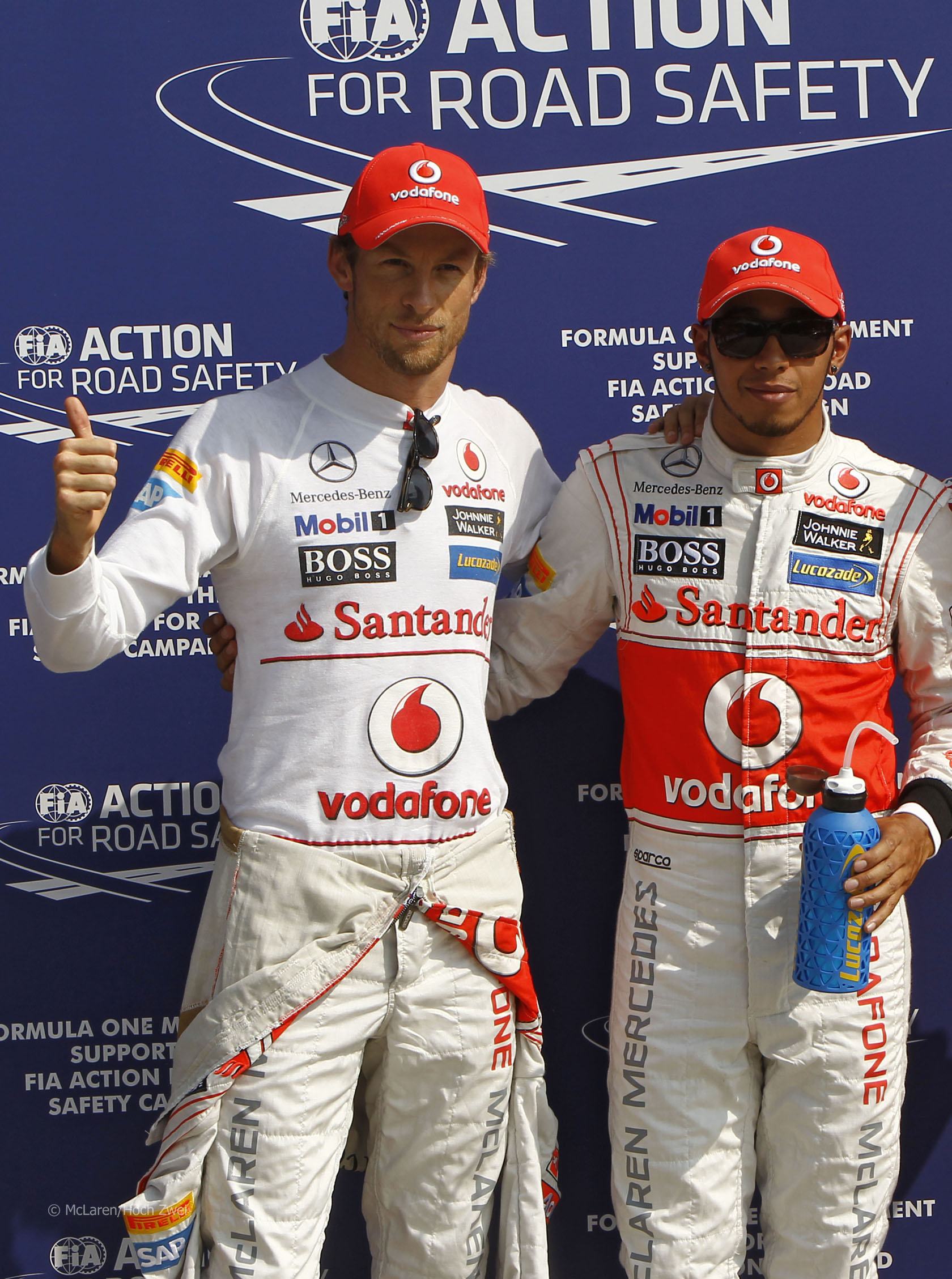 Fernando Alonso headed the times in Q1 and Q2 as Ferrari used slipstreaming to boost their speeds at Monza.

But it all went wrong for Alonso in Q3 as he slumped to tenth place with a problem on his car.

That cleared the way for Lewis Hamilton to lead a McLaren one-two in Ferrari’s backyard.

Nico Hulkenberg’s effort to secure a place in Q2 came to an early end. He came to a stop at the Rettifilio chicane at the beginning of his first flying lap, telling the team he’d “lost everything” on his dashboard.

F1 returnee Jerome D’Ambrosio had fallen into the drop zone as the final minutes of practice began but salvaged his place with a lap more than half a second faster than Heikki Kovalainen could manage.

There was little in it between the two Marussia drivers and behind them Narain Karthikeyan out-qualified Pedro de la Rosa for the first time this year.

The contest for fastest time was between Ferrari and McLaren. This time it was Alonso who held the upper hand. Hamilton set the fastest first and second session with his last effort, but was 0.15s off Alonso in the final sector, leaving him second.

Alonso stayed on top in the second part of qualifying, heading Button’s McLaren by 13 thousandths of a second. As in practice the two Ferraris arranged themselves on track to use each other’s slipstream to maximum of effect.

Hamilton took third, complaining he’d been held up by another driver. Ferrari, McLaren and Mercedes were sufficiently confident in their lap times not to run again. Massa queried the decision but in the end made it through comfortably.

A second run for Paul di Resta was sufficient to move him up to third place. But the fight for the final places in the top ten were very close.

Sebastian Vettel scraped in by a little more than a tenth of a second while team mate Mark Webber was eliminated.

Pastor Maldonado lost his grip on the top ten and nearly had a nasty crash when he ran wide at Ascari, got onto the grass, and had to make a quick correction to keep out of the barrier.

The Ferraris left the pits together as Q1 began and the plan appeared to be for Alonso to give Massa a tow. This he did, and Massa initially went fastest on a 1’24.436.

Di Resta did manage to beat Massa with his lap, but only briefly as the Ferrari driver took the place back.

Hamilton didn’t improve on his final effort but he didn’t need to. His team mate closed to within a tenth of a second of him to make it an all-McLaren front row.

But what happened to Alonso? His final lap left him tenth on a 1’25.678. “A problem on Fernando’s car prevented him to fight for pole,” his team announced on Twitter. “A real shame…”