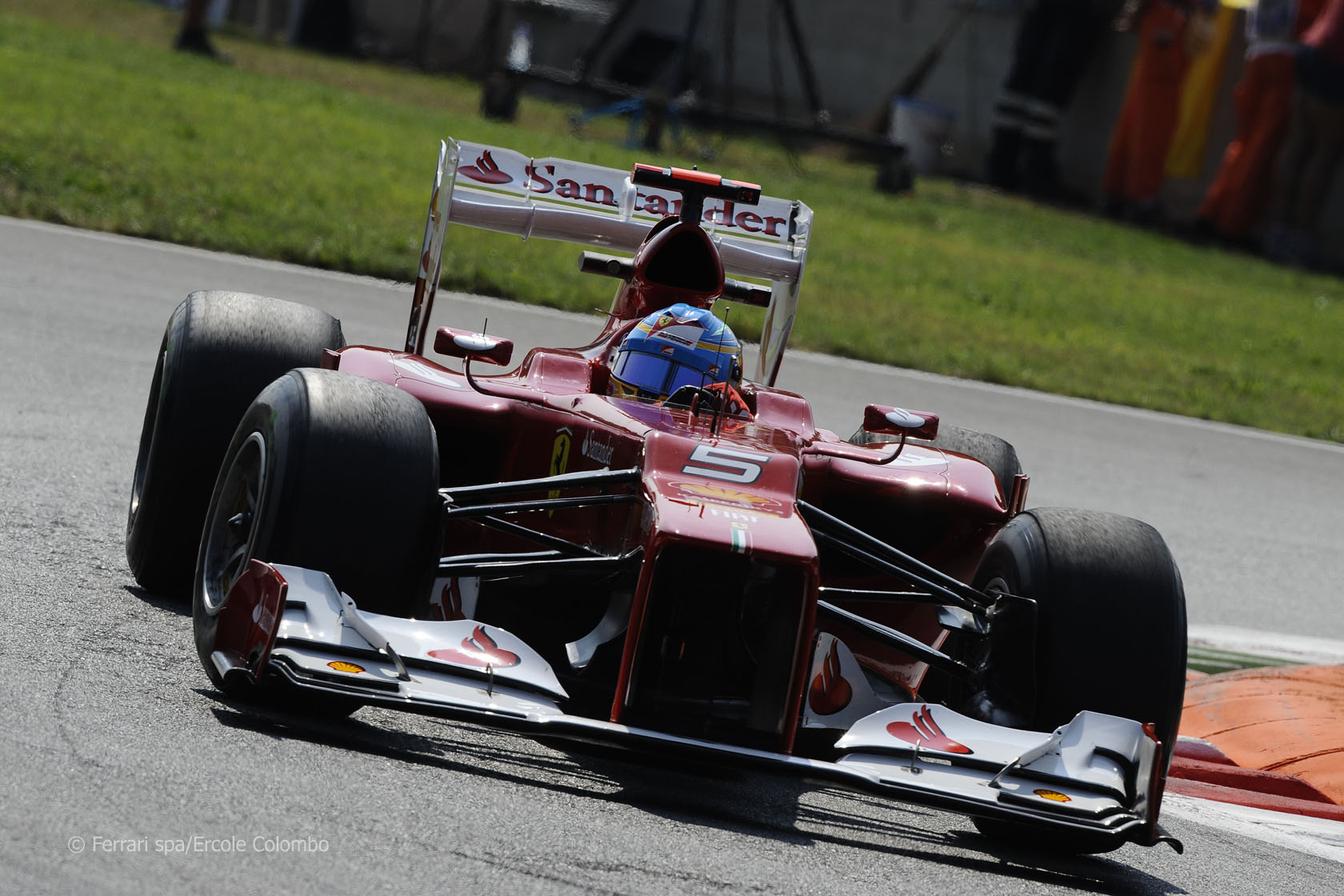 In the round-up: Alonso and Senna say Vettel and Di Resta crossed the line with their moves in the Italian Grand Prix.

“It was dangerous for the nature of the circuit. It’s 300kph and we were jumping on gravel. Not nice.”

Senna slams di Resta for pushing him off the track (ESPN)

“I had the front wing of my car next to his car and then under braking he squeezed me off the track and we touched. Fortunately we didn’t launch each other. For me a driver has been banned for a race for doing something similar to that and even Sebastian Vettel got a drive-through penalty for doing something similar to that. It is the stewards’ decision and we respect it, but I don’t think what Paul did was right. Sometimes we make errors in judgement, but it’s up to the stewards to decide.”

Vettel and Red Bull hit out at penalty (Autosport)

Christian Horner: “It is irrelevant effectively after [not finishing], but judge it for yourself – it seemed a bit harsh. It didn’t seem to warrant a penalty but that is my opinion.”

Kubica still hoping to return to Formula One (Reuters)

“The aim remains to return to Formula One and the next few months will tell me whether I can do it next year already or will have to wait until 2014.”

Kubica won on his rallying return this weekend – here’s the classification.

Ron Dennis: “Having two British drivers is nice but it is not essential. We always have the two best available drivers. Nationality is not that critical to us.”

Martin Whitmarsh: “We should have gone away from here with a one-two” (Adam Cooper’s F1 blog)

“We?Û‘Èº‘‰Ûre second in both championships, there?Û‘Èº‘‰Ûs a real championship fight on now, and that?Û‘Èº‘‰Ûs great. If we?Û‘Èº‘‰Ûd had the second place from Jenson [Button] then we?Û‘Èº‘‰Ûd be right up there, very, close to the lead of the constructors?Û‘Èº‘‰Û. That?Û‘Èº‘‰Ûs disappointing, but on balance we?Û‘Èº‘‰Ûll enjoy a win in the Italian [Grand Prix].”

“Here was a big surprise for us. I think the strategy made a very big difference for us, because we had the pace to be where we finished today. I think Singapore will definitely be a better one – I don’t think the best for us but if we come here and look better, I think we can be competitive if you consider we lose half a second on the straights here so I think we can be quite competitive in Singapore.”

52.9 laps today were going pretty good for us. Sneaked into the points but a problem on the last corner cost us a couple hundred meters away

We know a bit more about what happened, looks like a rear suspension failure.

I?Û‘Èº‘‰Ûm no great fan of Vettel, and usually delight in Alonso?Û‘Èº‘‰Ûs driving and even his radio histrionics, but today his angry demand for a penalty over team radio was reminiscent of a dive in football plus haranguing the referee. I know this happens a lot, but for him to explicitly ask for a penalty rather than simply draw attention to the nature of the alleged transgression is gamesmanship, not sportsmanship.

I don?Û‘Èº‘‰Ût think Vettel deserved a drive-through ?Û‘Èº‘«£ it seemed too marginal judged against the written rule ?Û‘Èº‘«£ and it seemed worryingly inconsistent that other incidents such as Senna-di Resta were not investigated, as many others have pointed out.
@Dirgegirl

The Italian Grand Prix held 40 years ago today marked the end of an era – it was the first time chicanes had been installed to slow the speeds at the Monza circuit.

Here’s some video from the race. Note the first chicane was bypassed at the start – you can see Stewart pulling his Tyrrell to a stop there.