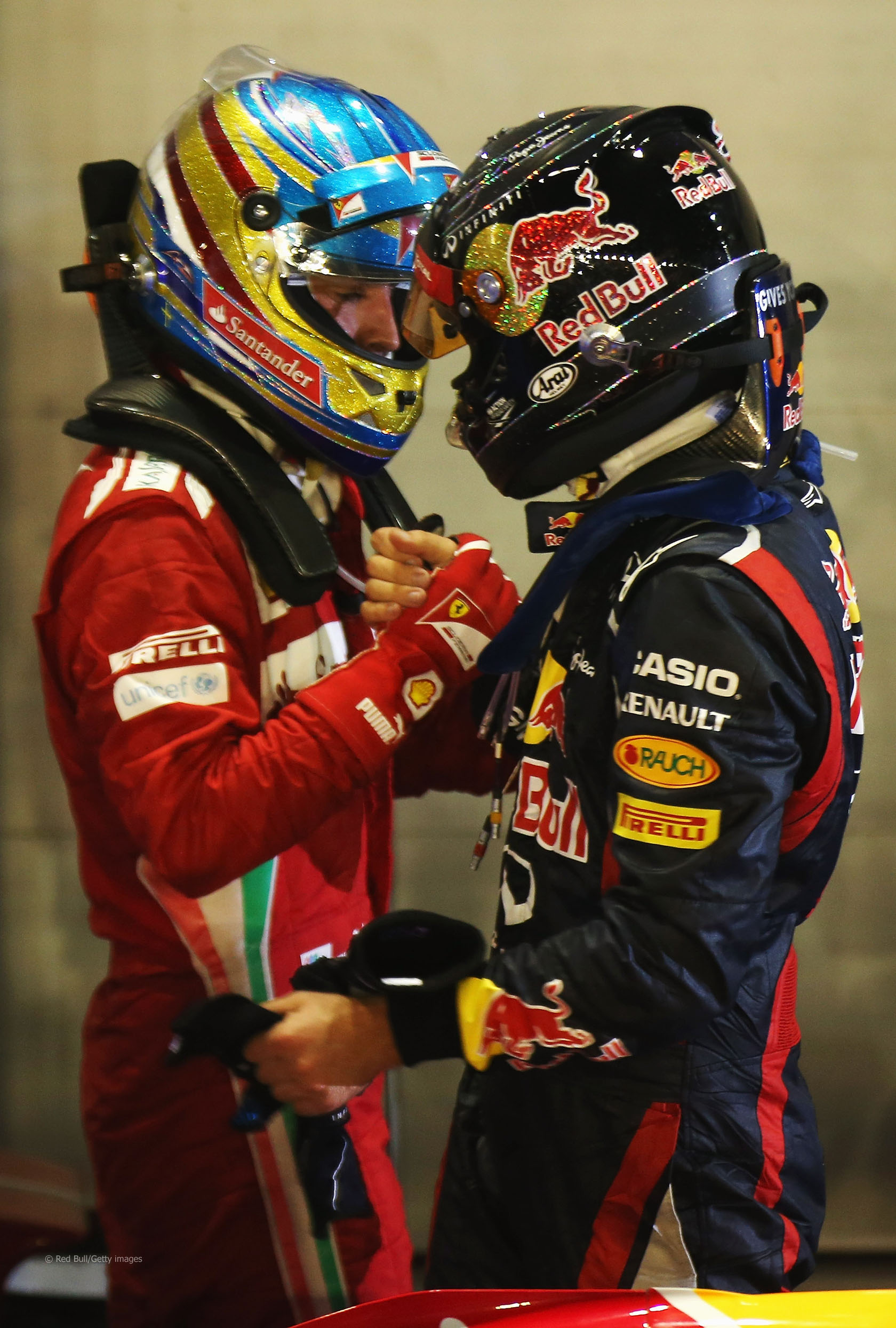 Here are the top ten pictures which tell the story of the Singapore Grand Prix. Pastor Maldonado was 13th-fastest at the end of Friday practice. There was little indication that the following day he would plant his Williams on the front row of the grid, in among the championship contenders.

Maldonado has had an erratic season but raced well at the front in Singapore, holding off Fernando Alonso for several laps. Unfortunately a hydraulic problem ended his race early and kept him from adding to his points total, something his hasn’t managed to do since winning in Spain. Timo Glock in action on his favourite circuit. The Marussia driver served notice of his intentions by out-pacing the Caterhams on Friday.

In the race he capitalised on retirements and delays for several drivers ahead of him to claim 12th place. It may not be worth any points, but it was enough to move Marussia back in front of Caterham in the constructors’ championship. If they can hold on to tenth place until the end of the season it could prove highly valuable. Lewis Hamilton seemed content to let Sebastian Vettel top the times in practice. But that all changed once the contest got serious.

In Q2 Vettel produced a superb lap of 1’46.791, eight-tenths of a second faster than anyone else – until Hamilton pipped it by a tenth. Vettel couldn’t match his best effort in Q3 but Hamilton went quicker still, and duly sealed his fifth pole position of the year.

But it was all in vain for the McLaren driver, who retired while leading with a gearbox problem. Force India looked competitive from the word go in Singapore. But while Nico Hulkenberg failed to made the cut for Q3, Paul di Resta did and matched his best ever qualifying position by taking sixth.

It got better on race day, Di Resta bringing the car home a career-best fourth with Fernando Alonso’s Ferrari in his sights. The paddock united in a show of sympathy for the loss of pioneering F1 medic Professor Sid Watkins, who died following the last race.

Among those who paid their tributes by signing the book of condolence was Bruno Senna, whose uncle Ayrton remains the last driver to have died at a race weekend and was a close friend of Watkins’.

Ahead of the race a minute’s silence was held on the grid in memory of him. Some of the field made it around Singapore’s clumsy first corner. The stewards took a look and decided no one had illegally gained a position. Felipe Massa, who qualified 13th, was hit by Vitaly Petrov, who lined up 18th, at the first corner – you can see the damage to Petrov’s car in the previous image.

This picture shows Massa, front brake glowing, re-passing the Caterham driver. The safety car allowed him to get back in the hunt for points and he duly claimed eighth after squeezing past Senna in a dramatic moment on the approach to turn 13. Mark Webber failed to score for the second race weekend in a row. The timing of the safety car didn’t help his cause, and passing Kamui Kobayashi off the track earned him a penalty which dropped him from ninth to 11th. The Singapore track is one of the bumpiest in F1. Although parts of it were resurfaced for this year’s race it didn’t stop the F1 cars from generating some dramatic sparks where they touched the ground. Were you at Singapore last weekend? Share your pictures and video from the Singapore Grand Prix here: