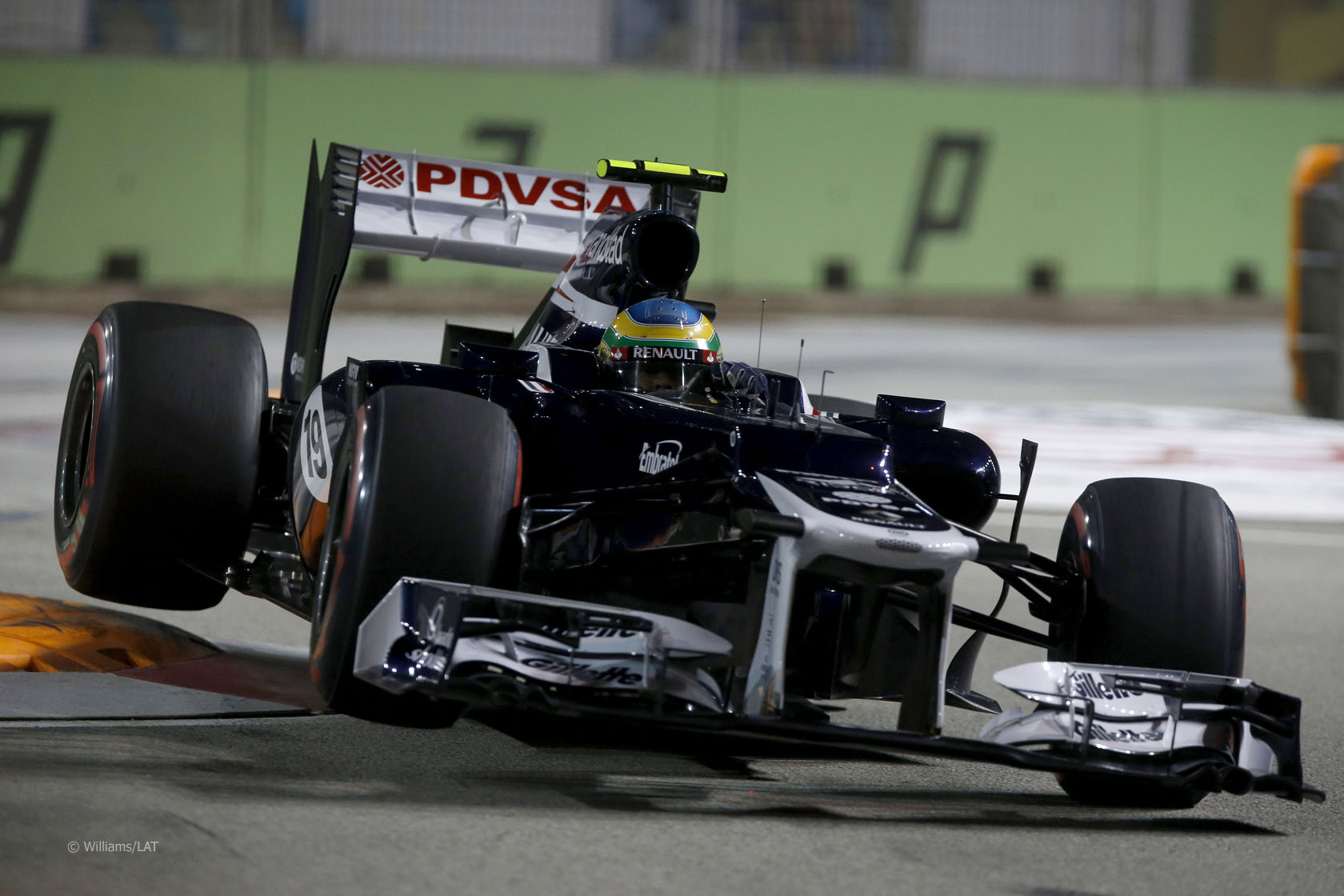 Williams say their “extremely frustrating” weekend in Singapore has given them confidence about their car’s potential.

The team qualified on the front row with Pastor Maldonado. However he retired during the safety car period, shortly after the team had taken the decision to sacrifice track position by switching him onto soft tyres.

His team mate Bruno Senna was running in the points when his car failed two laps from the end of the race.

“It was what I would call a character building weekend, with the high expectations following a front row qualification and fast race pace ultimately dashed due to a double DNF and a risky strategy call.”

But Gillan added the team had “a tremendous amount of confidence” having seen the car’s performance.

“We saw that the car was capable of qualifying on the front row and that the race pace was equally impressive.

“Both drivers did a very good job in the race, with Pastor fighting hard at the front and Bruno carving his way from the back into a points scoring position before having to retire the car.”

Senna suffered burn marks on his back, which did not require treatment, during the race. As he retired the team warned him “the car is unsafe” and advised him to “jump out of the car, it could be a KERS problem”.

However Williams confirmed to F1 Fanatic that the KERS was not responsible for Senna’s burns.

Gillan added: “We are currently investigating the failures and have full confidence in getting to the root cause quickly and implementing the required fixes as soon as possible. At this stage we do not believe that the heat played a part in the failures.”