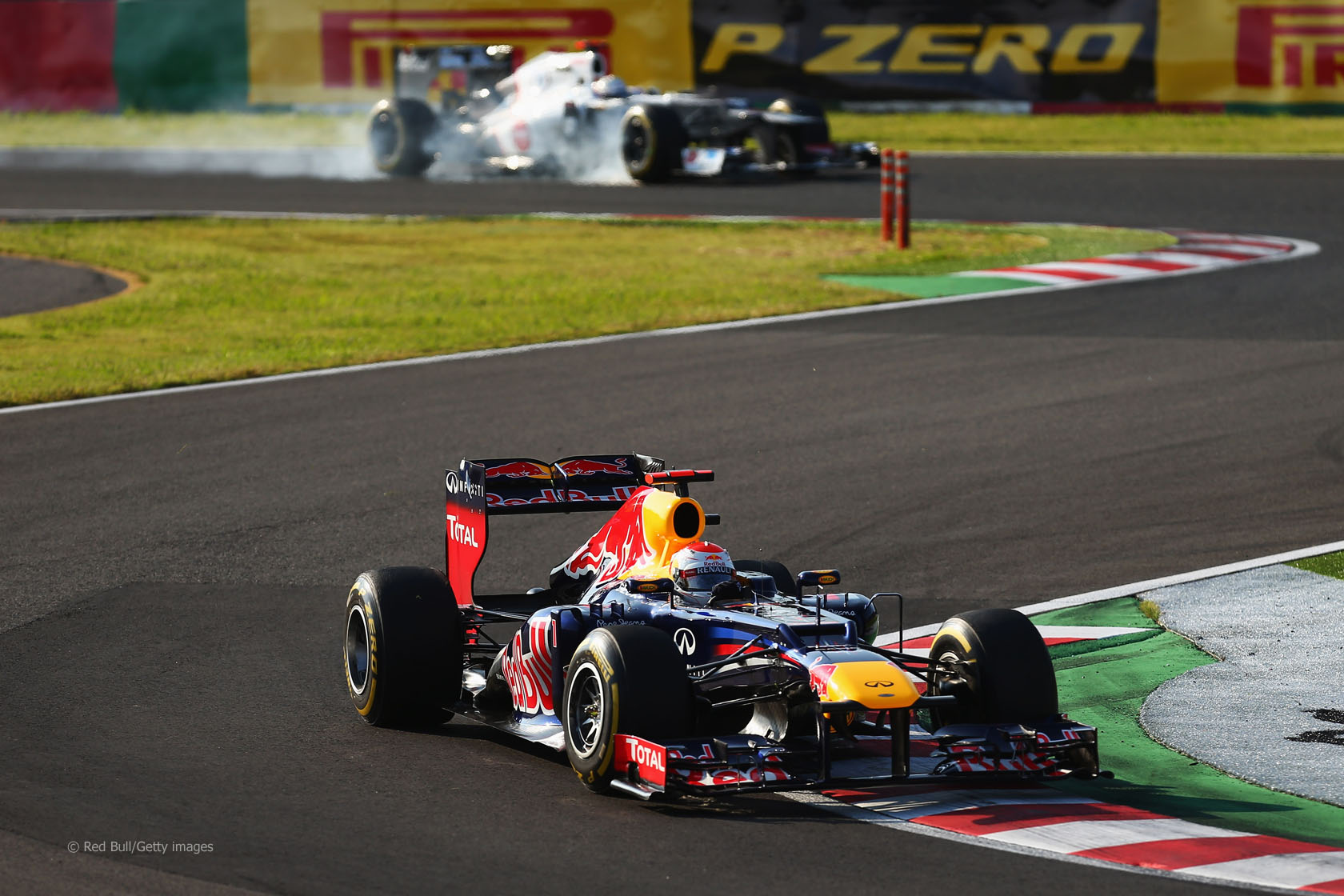 Sebastian Vettel couldn’t resist pumping in the fastest lap of the race on his penultimate tour of Suzuka despite his team urging him to take it easy.

Vettel was consistently lapping in the low 1’37s late in the race before producing a 1’35.774 that was eight-tenths of a second faster than anyone else managed.

Here are all the drivers’ lap times from the Japanese Grand Prix.