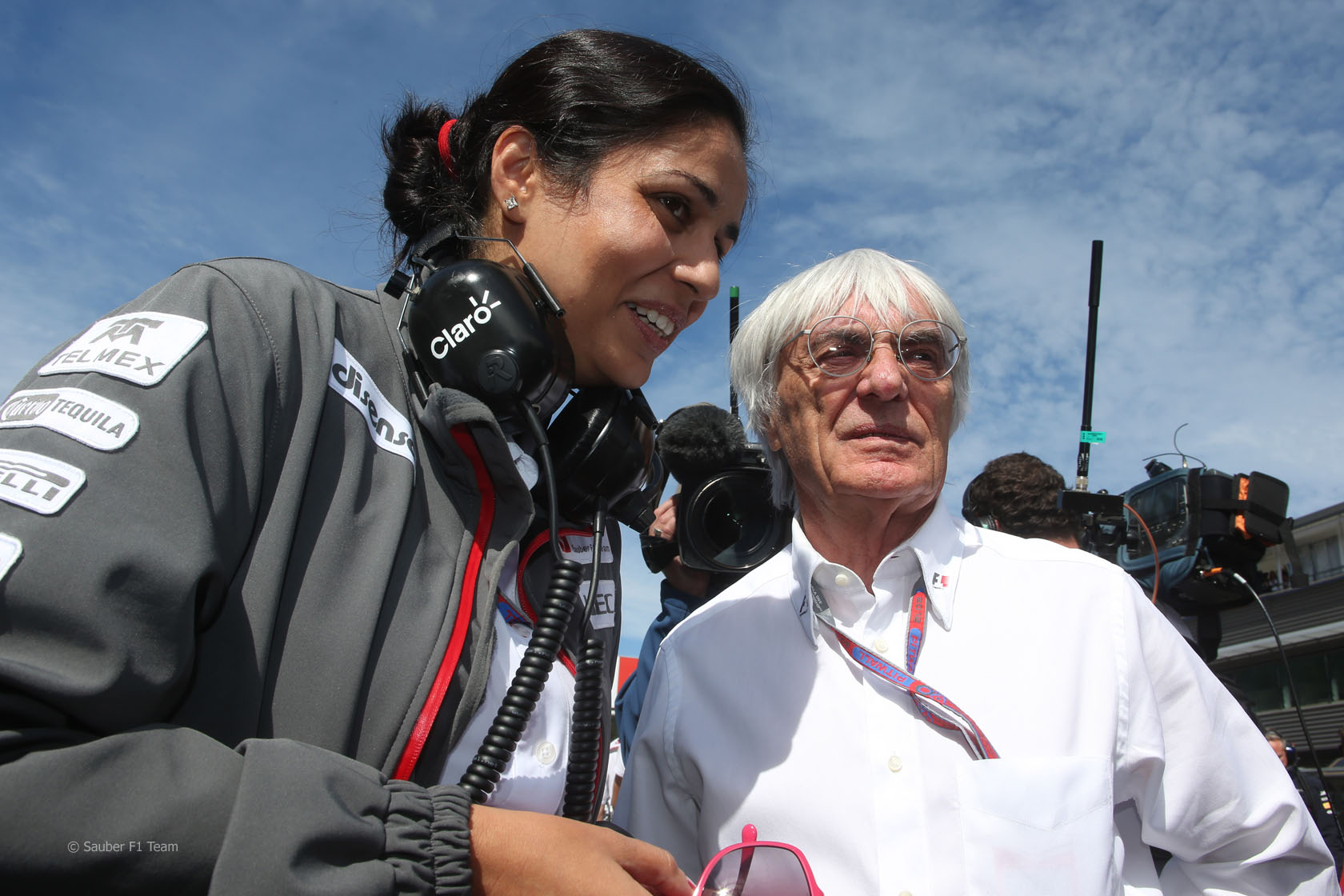 In the round-up: Sauber CEO Monisha Kaltenborn wants the FIA to clarify its proposals for future revenue and cost arrangements in F1 in a forthcoming crunch meeting with teams.

“We as teams are the major players in all this, because we are the ones who are doing the performance and who are the basis creating, may it be a fantastic sport or may it be on the commercial side, the income. We all should really know together – with the other key stakeholders – where do we stand now.”

Maria de Villota appeared in Spain’s Hola magazine, looking substantially recovered following her dreadful crash while testing for Marussia in July. She told the magazine she isn’t sure if she’ll return to racing.

Daniel Ricciardo on new technical director James Key: “Sometimes the team is probably too realistic, so it is nice to have someone who is quite ambitious and wants a bit more. That is good.”

Alonso pumped up for Korea (Ferrari)

“At Monza for example, we had a car that was good enough to take pole, while then at Singapore, we got a bit lost and to a certain extent, we also suffered at Suzuka, even if there, Felipe showed he was pretty competitive in the race: if we weren?¾įķ╝įõ¾t as quick as the Red Bulls, we were at least a match for all the others.”

Is it worth taxpayers?¾įķ╝įõ¾ money? (The Korea Times)

“With this year?¾įķ╝įõ¾s event running from Friday through Sunday, two of its main sponsors have pulled out, with the deficit estimated to reach 30 billion won ($27 million).”

“Losses racked up by the taxpayer-funded race since it came to Victoria in 1999 now exceed [AUS] $350 million.”

“Any idiot can block…” (MotorSport)

“I will always think of September 25, 1988 in Estoril as the day everything began to change. Ayrton Senna led the first lap of the Portuguese Grand Prix, but at the end of it his McLaren team-mate Alain Prost pulled out to pass him ?¾įķ╝įŪŻ and as he did so, Senna swerved right, moving Prost dangerously close to the pit wall. Alain didn?¾įķ╝įõ¾t lift, and went on to win the race, but afterwards he confessed that he had been shaken by Ayrton?¾įķ╝įõ¾s move. So were all who witnessed it ?¾įķ╝įŪŻ and why? Because we had never seen the like of it before.”

“The teams’ advance parties arrived to set up the garages [in 2011] and do the unpacking only to find, once the gates had been opened, what looked like a holiday camp that had been closed for the winter. Or abandoned, more like. Tufts of grass and weeds sprouted in the paddock, an infinitely more agreeable sight than kitchens containing left-overs from race day lunch in 2010.”

Mark Hughes: “The fact that Red Bull has researched and developed such an aerodynamically complex system that can be used only for the last seven races of the season is a little tell-tale that Red Bull believes this title to be winnable. Lotus, on the other hand, appears to be thinking more about 2013.”

“The documentaries would dive deeper into the race weekend looking at unreleased footage to give the viewer an all rounded version of the weekend from a never before seen perspective.”

“We’re informed that Jenson bought his Ferrari Enzo in the same year he won his world championship, which is a fair treat considering that at the end of 2008, he didn’t even know if he had a job at all, before announcing a drive in a car many weren’t expecting to come good. But boy, did it come good.”

My latest article for Unibet.

DaveW (@dmw) thinks Honda should look somewhere other than F1:

They should go back into WEC. It?¾įķ╝įõ¾s ripe for the taking. If you do it right, like Audi, you can get much more brand burnish-ment for far less money. And even if you don?¾įķ╝įõ¾t succeed, you don’t have the spectre of your cars running around in the back of a 24-plus car field, getting lapped by rival brands.
DaveW (@dmw)

Five years ago today Mercedes were embarrassed to discover a series of embarrassing changes to Lewis Hamilton’s Wikipedia page had been made by one of their employees in Spain.

Clearly that’s all water under the bridge now, as Hamilton is set to join the team in 2013.