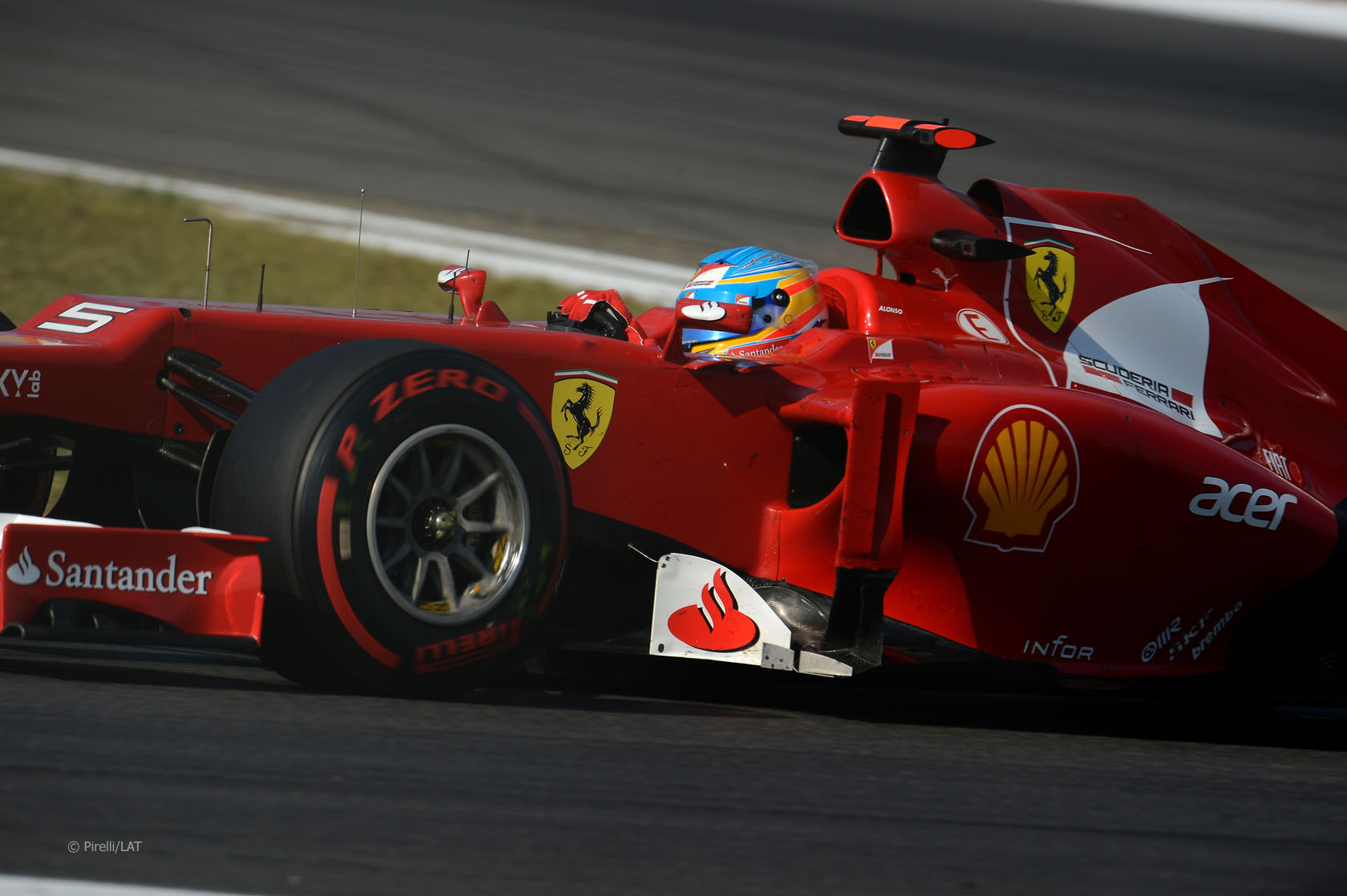 Fernando Alonso remains positive about his championship chances despite lining up behind closest rival Sebastian Vettel on the Korean Grand Prix grid.

“Our aim tomorrow? It?óÔéĽÔäós very simple: to finish ahead of Vettel,” he said. “From now on, how many points one has overall will not count for much, it will be scoring one more than my closest rival that matters.

“It could happen that I lose the lead in the championship and maybe arrive at the last race 24 points down, but what matters is to be first in the classification at the end of the Brazilian Grand Prix.

“What edge does the Red Bull have? A quicker car, but we have the better team.”

Alonso says Ferrari are more competitive in Korea than they were at Suzuka last week:

“I?óÔéĽÔäód say we?óÔéĽÔäóve made a step forward compared to Japan, just a week ago, both in terms of grid position and also the gap to the front. You can see that our car is better suited to this track, given that it is basically the same one we raced in Japan.

“We must improve it and I expect to see some updates coming, right from the next race in India.”

Alonso admitted he’s concerned about starting on the dirty side of the grid, but expects his car to be strong in the race:

“I think tomorrow we can have a good race: maybe I might lose a few places immediately after the start, as I?óÔéĽÔäóm on the dirty side of the track, but we have shown we have a good pace over a long run and so we should be able to stay with the lead group.”

45 comments on “Alonso: Red Bull are quicker but our team is better”